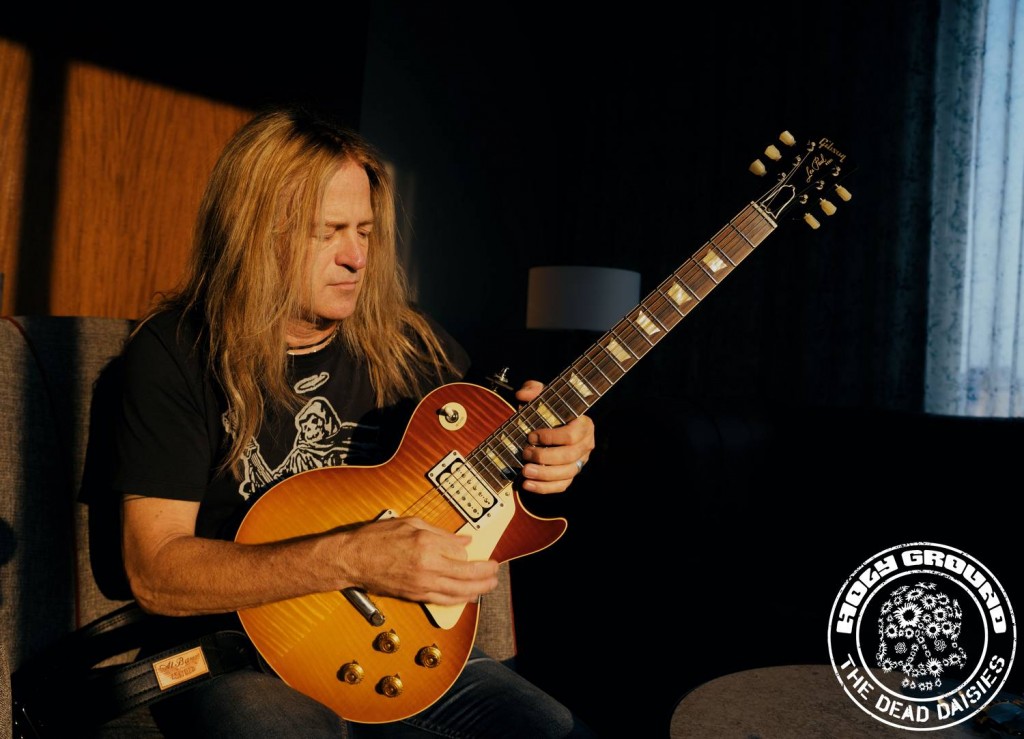 Monday was a day off. The next gig is Wednesday and Tuesday will be a travel day, so it was time to take it easy while based in Louisville, catch up with some washing and generally chill. Doug never goes far without his guitar, so like most days for him, he is always practicing his unbelievable guitar skills. When he wasn’t playing guitar, he was in the gym keeping fit for the last few shows of the tour. Photographer Oliver had a wander around the area close to the hotel, looking for interesting things to capture and found a very cool red motorbike parked outside the hotel. Louisville is a small city compared to some of the much bigger US cities, however, with its location on the Ohio River and its small set of skyscrapers, it looks very serene against a sunset sky. On Tuesday it will be time to get the show back on the road again as the tour bus heads for Battle Creek, Michigan.