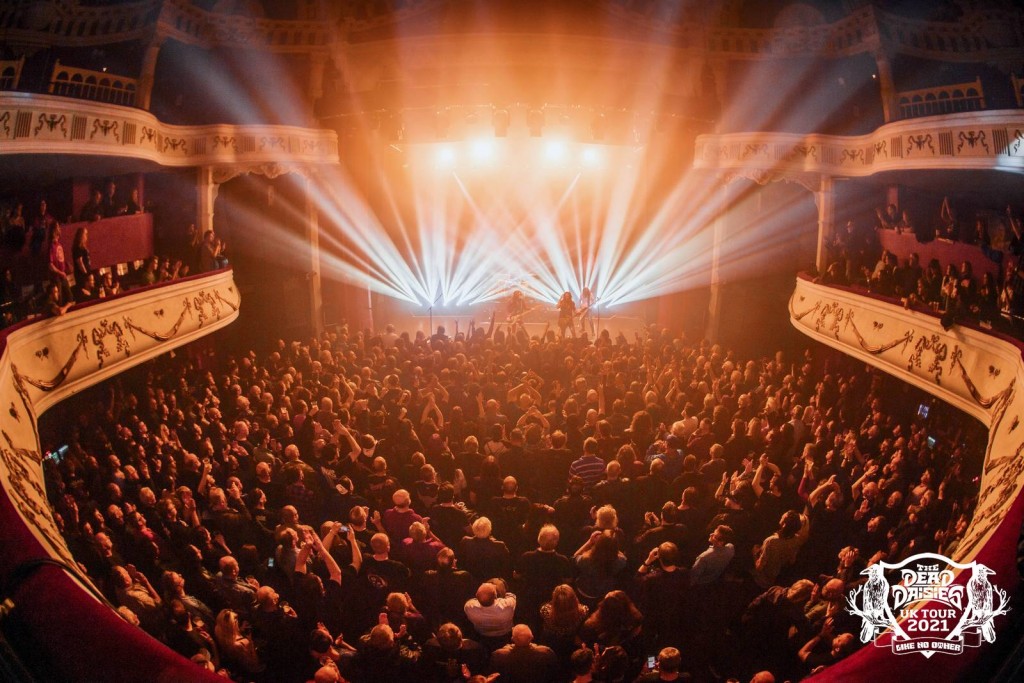 Tonight would be a special one. The penultimate gig at O2 Shepherds Bush Empire in London was the biggest London show to date for the band and the auditorium was packed to the rafters with excited fans. The night was almost like a mini festival with three bands including The Dead Daisies. Locally based Grand Slam kicked off proceedings and got the night into gear. A band that was originally started by the legendary Phil Lynott back in the 1980’s warmed up the crowd nicely, before the main support for this tour, The Quireboys, with their brand of good old British Rock n’ Roll akin to The Faces and the Stones primed the crowd ready for the arrival on-stage of the Daisies. Building up on the atmosphere already created, the dark and moody intro along with a spectacular light show, saw the band explode onto the stage with ‘Unspoken’. Immediately Glenn had the crowd in the palm of his hand as he roared the words ‘Unspoken, You gotta let go’ which is exactly what the crowd did as the band took the audience on a journey through some of the best cuts from all the albums so far! ‘Rise Up’, ‘Midnight Moses’, ‘Long Way you Go’ slammed in with the best of the Planet Rock top three album ‘Holy Ground’ including songs like ‘Bustle and Flow’ and the infectious ‘Like No Other’. If the crowd thought their night couldn’t get any better, a tip of the hat to Glenn’s past with an amazing rendition of ‘Burn’ sent everyone home with the biggest smiles in a very long time. The band now head to Cardiff to finish the tour before going their separate ways until Europe in 2022.