The Official Interactive Short Film for Lock ‘N’ Load has just been released on Faster Louder!!

The film is directed by Melbourne filmmaker Summer DeRoche and produced by Oh Yeah Wow (Gotye, Clubfeet, Aloe Blacc), and tells of a teen warrior – played by 18-year-old actor Rory Trobbiani – and his journey through a post-apocalyptic landscape on a pushbike.

YOU can decide his fate via a simple click on YouTube – The most popular ending will be used as the official TV release of the clip! 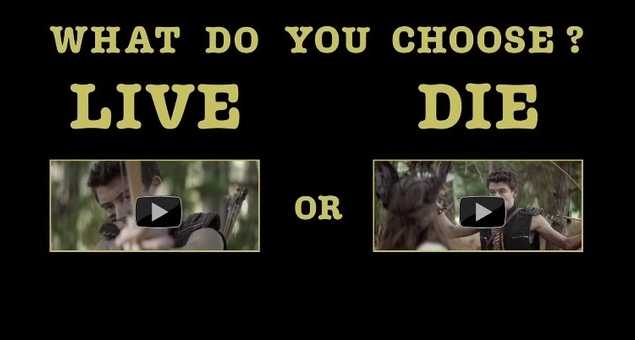