Listen to the podcast we did with the SDR! 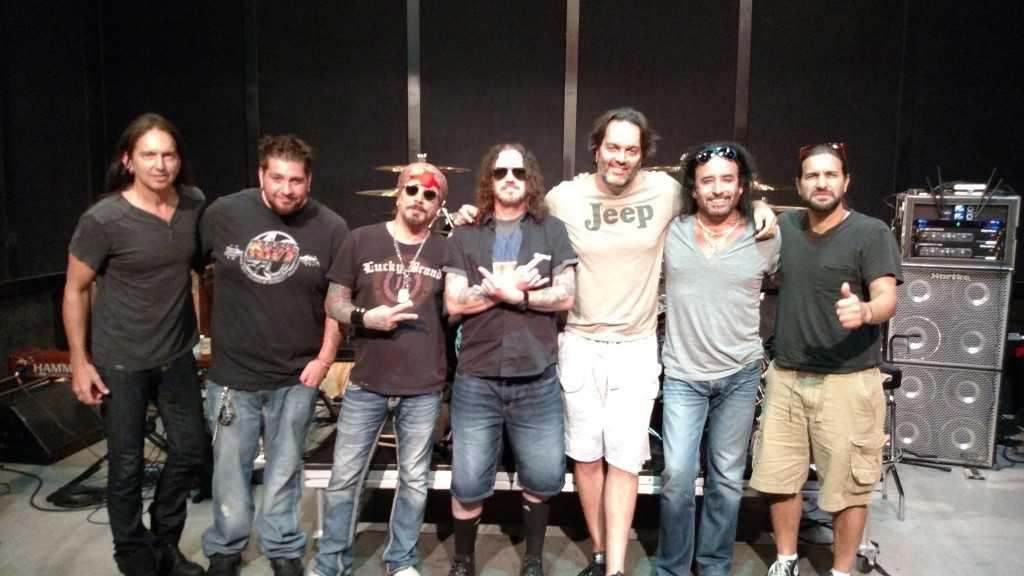 Talk about a super group!  WOW.  We got to hang with the Dead Daisies .  If you aren’t sure who they are, they are a true super group.  Featuring two members of Guns N Roses.  One being Dizzy Reed – the longest standing member of GNR except for Axl, and the other being Richard Fortus, who’s been with the band since around 2001.   Then you have Brian Tichy, a drummer who’s played with Ozzy, Whitesnake, Billy Idol, and so many more.  Their new singer is John Corabi who sang on the Self Titled Motley Crue album (one of my personal favorites), as well as his own band The Scream, Union, and a few solo albums to boot.  We got to hang with them at the famous S.I.R. studios in NYC – where not only did they chat with us, and tell us some wild stories, but we also got two live acoustic songs.  One being off their new album Revolution, and the other being the Beatles Classic “Norwegian Wood.”

This was a great experience for us.  And we had a blast!