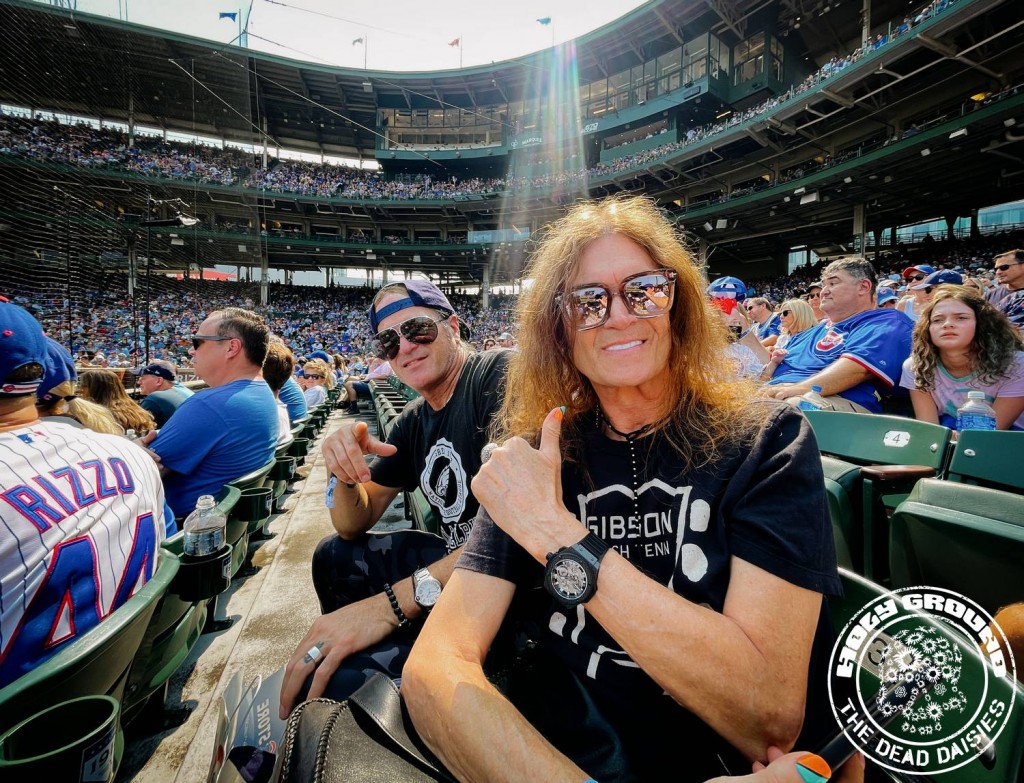 With a few days off before the next show, the band is based in Chicago this week. One of the most famous baseball teams in the world along with their stadium, the Chicago Cubs and Wrigley Field (named after the chewing gum owner who also owned the team starting in the 1920’s) were hosting one of their biggest games of the season with the San Francisco Giants who are currently top of the league. Glenn and Doug headed down to the game as guests of the owner who just happens to be a Daisies fan. It was a great game, but the Cubs were just edged out in a very close game. Before leaving the stadium, the guys were approached by a few fans who had recognised them so they posed for some pictures. As Glenn and Doug walked down the road from the stadium, the streets came alive with fans partying and having a great time!