THE LANDIS ROCKS IN NEW JERSEY 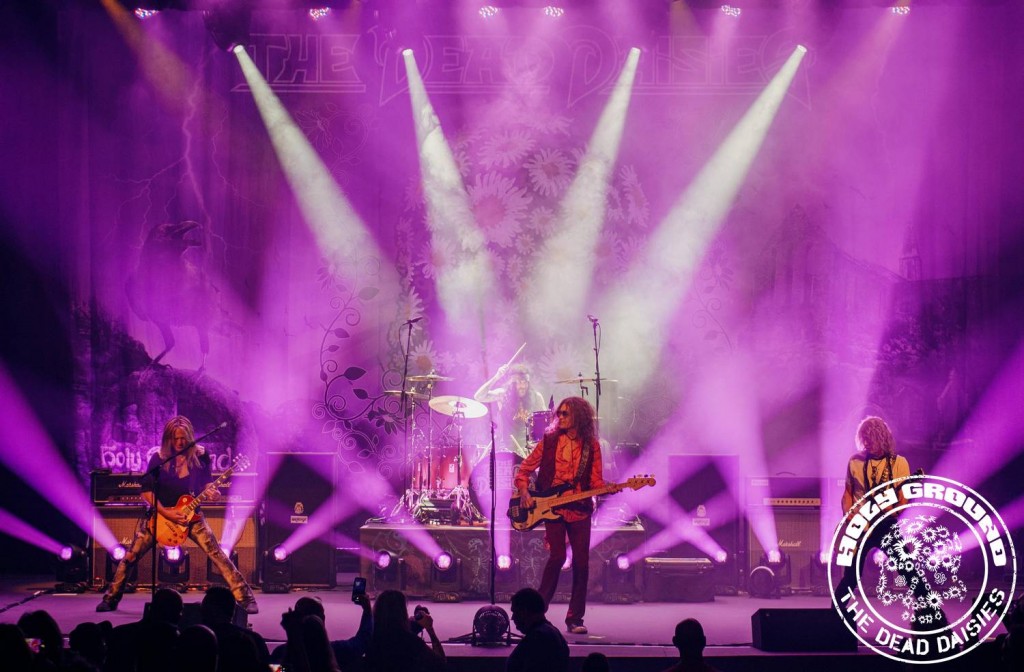 After a pit-stop in Chicago for a few days after the first two shows, the tour cranked up once more in Buffalo on Friday night, then headed to New Jersey for a Saturday show at the Landis Theater, a historic restored Art Deco building in Vineland. Doug originally comes from the Philadelphia area which is not far from this show, so it was like a homecoming gig for him. A large number of eager Rock fans had been waiting outside the venue early on to catch the whole show with both The Black Moods and Don Jamieson warming up the crowd nicely before the Daisies took to the stage. ‘Unspoken’ boomed out of the speakers as the band launched into the set. Every song was like a missile hitting its target and you could see the joy in people’s faces as they heard songs like ‘Dead and Gone’, ‘Chosen and Justified’ and ‘Mexico” firing from the stage one after another. As the band left the stage after conquering another crowd a good few gathered outside to catch them before they took a late flight to New York.