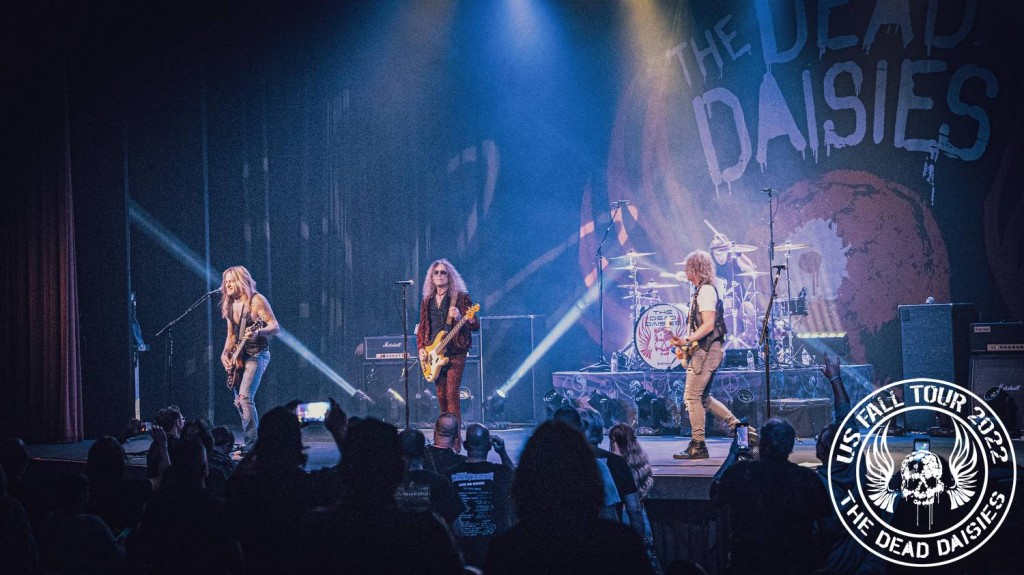 After a long time off the road, it was the US that had the first taste of Daisies live music after the pandemic last year and tonight they were back in one of those venues that kicked it all off, the Landis Theater in Vineland, New Jersey. Blasting off Stateside, the band started their US run with an explosive performance, jam-packed with a set full of big hitters including the best of the ‘Holy Ground’ album with the title track and the groovy ‘Like No Other’ on show. The brand new album, released at the end of the month was also on display with ‘Radiance’ and the latest single ‘Face Your Fear’ being aired to an audience for the first time. David, Doug, Glenn and Brian, returning to his first Daisies US Tour since 2017 put on an impressive display for the opening night of the tour.

Glenn was delighted to be back front and centre of the stage taking back his throne and playing his heart out with David and Doug by his side, slaying their guitars. Brian meanwhile was back in his rightful place as the keeper of the beat. Like a fiery brand, The Dead Daisies burned their mark on New Jersey tonight leaving the crowd wanting more! Next up they head to the Blue Ridge Rock Festival in Virginia.