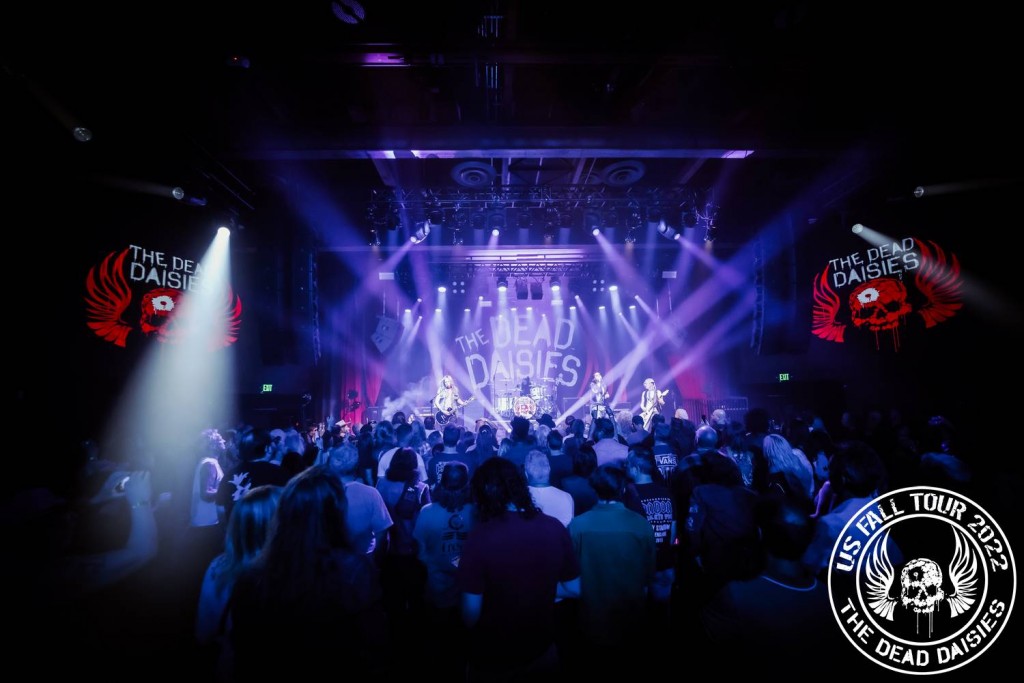 The Dead Daisies arrived back on stage in LA on Sunday night for another big night of Rock music! Playing at The Vermont Hollywood, Enuff Z’Nuff and former Guns N’Roses guitarist Gilby Clarke kicked off the night in style, warming up the crowd nicely for The Dead Daisies to take to the stage.

Like a hurricane, ‘Long Way To Go’ came crashing in like a freight train with David Lowy playing his signature downwards riff as Doug Aldrich came flying in with solos over the top. With it being a hometown show for both Doug and Brian, the pair of them were particularly buoyant with Doug firing out outstanding solos on ‘Shine On’ and ‘Burn’ with Brian being relaxed in his home turf, with his unusual and outstanding drum solo catching the breath of those in the venue.

There were a good few familiar faces in the crowd for the show, both locals and those that had travelled, and they were not disappointed. The band were on fire, and the list of big punching songs like ‘Holy Ground’ and ‘Rise Up’ had the crowd up on their feet, cheering, shouting and punching the air with delight throughout the ninety minute plus set. After taking a bow, the band disappeared into the night with the next show coming up on Wednesday in Roseville, California.