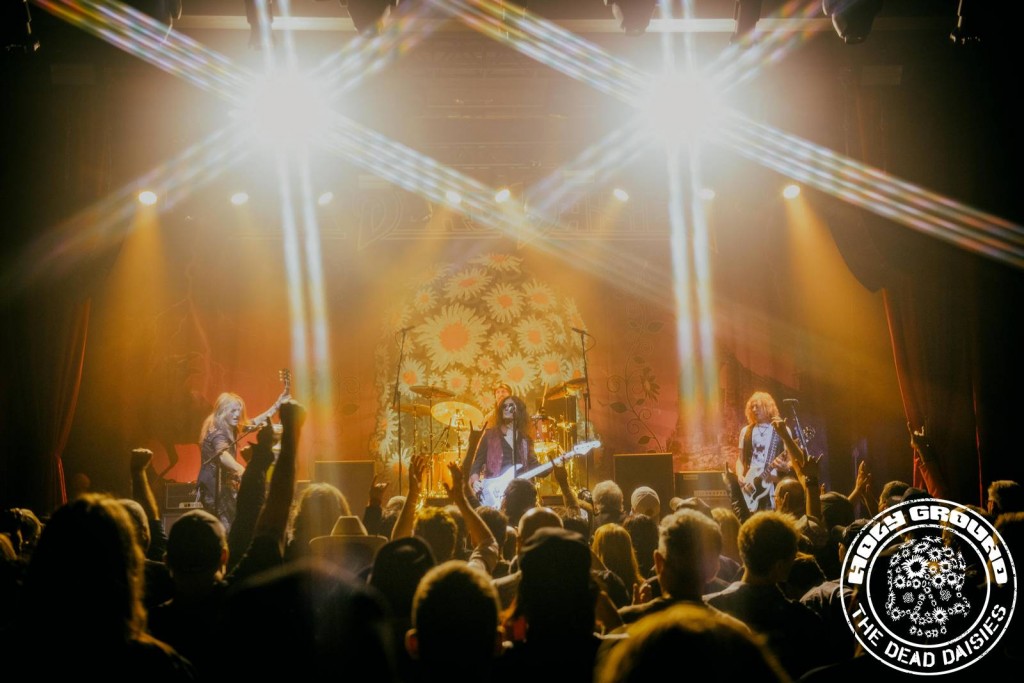 There has been a build up over the last few days to the LA show at The Vermont Hollywood and finally it was here. Tonight would see Australian guitarist and singer Orianthi who shot to fame as Michael Jackson’s guitar player on his ill fated last tour opening the show. After a blistering set from the talented guitarist, Don Jamieson did his final performance of the tour giving everyone a well needed laugh and smile before the Daisies hit the stage. The lights went down and the backing track boomed from the PA setting up a great atmosphere. ‘Unspoken’ burst out from the stage and immediately the LA crowd were hooked and drawn in for the rest of the night as ‘Dead and Gone’, ‘Midnight Moses’, ‘Holy Ground’ and ‘Long Way To Go’ exploded from the stage. Glenn showed why he is the ‘Voice of Rock’ and David and Doug’s twin guitar attack soared while Tommy, like a hitman, fired the beats out like a machine gun. There may be two more shows left but the band reached the summit tonight and took the crowd along with them!