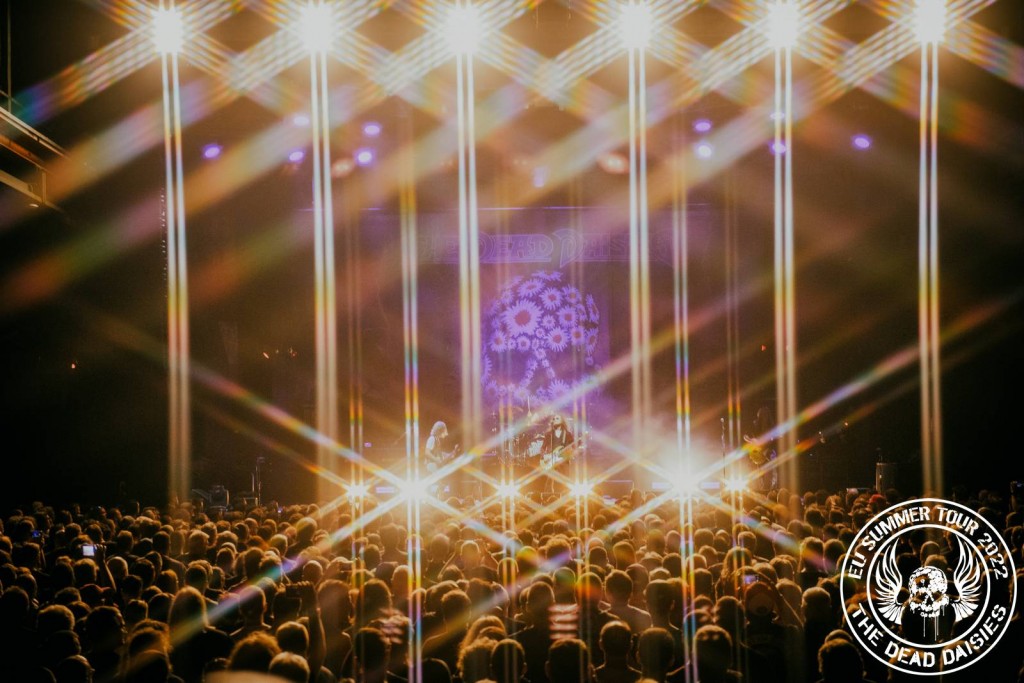 The band were back in action on Monday night at the Zenith Arena in Munich as guests of Judas Priest. Earlier they had flown into Munich and saw the US President’s Air Force One sitting on the tarmac. The G7 summit was in town along with a heightened security around the city.

The Daisies hit the stage at 8pm with the fist pumping ‘Long Way To Go’! You could feel the energy pulsating from the stage immediately! Although a short set, the seven numbers hit hard with every cymbal crash, power chord and scream from the outstanding vocal range of Glenn Hughes!

‘Unspoken’ with swaggering riffs followed, with ‘Rise Up’ and ‘Bustle and Flow’ next. Although this German crowd were initially here to see the British Metal Kings Judas Priest, The Dead Daisies gave a huge performance worthy of any headliner, and with new single ‘Radiance’ squeezed in between two Deep Purple classics ‘Mistreated’ and ‘Burn’, everyone would go home remembering how awesome the Daisies were tonight. Next up are two headline shows in Austria!