HITTING THE ROAD TO ROCK CITY 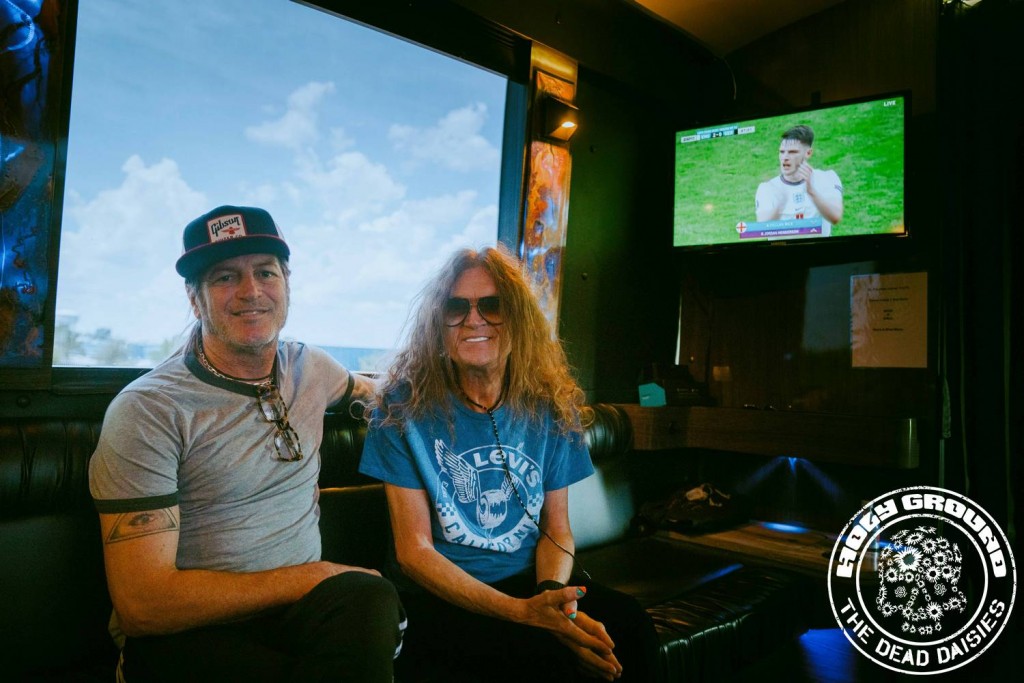 Today was a road-trip day. The band and crew left Cincinnati and headed for Detroit where the next show will be on Wednesday. Once again, soccer was the main source of entertainment on the trip as Glenn and Doug settled in to watch the England v Germany game in which they both had vested interests with Glenn being English and Doug’s wife being German. With a 2-0 win, Glenn was delighted with the result. The bus pulled into a truck stop on the way and Glenn and Doug went to explore what the Walmart store had to offer, stocking themselves up on candy and chocolate. Once they arrived in Detroit the boys went for a wander around the city before heading to Fishbone’s restaurant for steak and sushi. It’s show day on Wednesday then the guys head to Columbus, Ohio to continue the second part of the tour.

Share on FacebookTweet
DekiHITTING THE ROAD TO ROCK CITY06.30.2021