HITTING IT OUT OF THE PARK 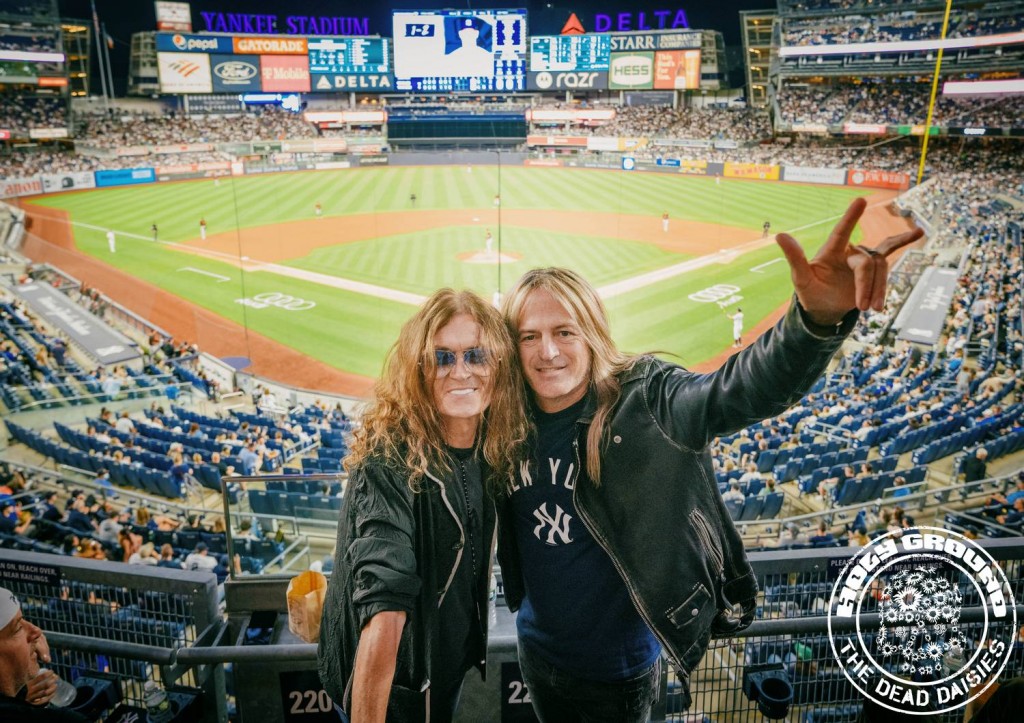 Glenn and Doug had a tourists day in New York walking around stores in Manhattan and visiting Carnegie Hall. When Glenn first came to the US in the early 1970’s with his band Trapeze this was one of the many places they played on those first tours. The guys were heading to the New York Yankees game tonight so they went shopping for a Yankees t-shirt. After taking some pics in Times Square, they headed to the game. Baseball games are a very American past-time, so the national anthem was sung and the crowds were totally immersed in the game. A Mexican wave rippled past and then they played ‘Make Some Noise’ to motivate the crowd. At this point the cameras focused on the band so everyone knew they were in the stadium. After this they were approached by kids and the US Ambassador for India to get baseballs signed and pose for pictures. The Yankees beat the Baltimore Orioles much to the delight of the band and crowd, and on the way out, Doug got to play some notes on the stadium organ that you can hear throughout every game. After dinner it was time to chill and get ready for another day of set rehearsals.

Share on FacebookTweet
DekiHITTING IT OUT OF THE PARK09.04.2021