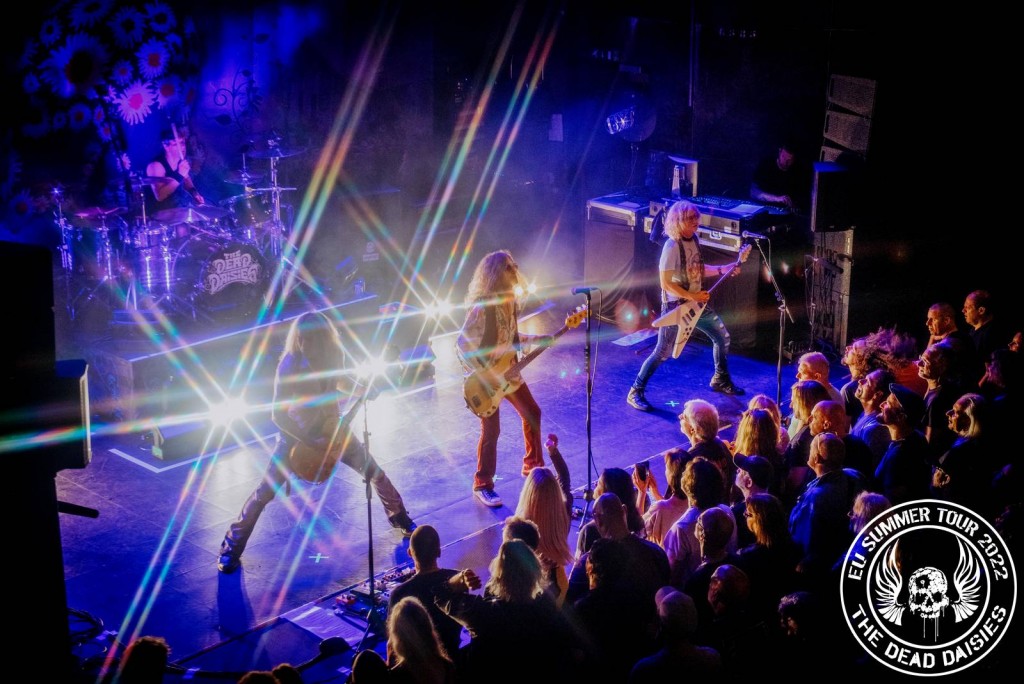 It has been a long time coming, but finally the band made a welcome return to the Netherlands after nearly four years. Tonight was also the first of the headline shows on this summer tour.

Muziekcentrum De Bosuil in Weert was the kick off of The Dead Daisies headline shows and what better to get proceedings going than with the first single from Holy Ground, ‘Unspoken’. As its bluesy riff started shaking the speakers, the packed crowd moved to the front of the stage in expectation of what was to come! Glenn’s voice soared above as the twin attacking guitars of Aldrich and Lowy which cut through the electric atmosphere and Brian Tichy held it all together with his pounding beats.

‘Rise Up’, ‘Dead and Gone’ and ‘Mexico’ were just a part of the old and new on offer to the Dutch crowd tonight with a set packed full of Holy Ground classics. To top it off, brand new single ‘Radiance’ was cranked up and fired at the audience much to their appreciation.

After a rousing encore featuring Deep Purple classic ‘Burn’ the band headed back to their hotel in Dusseldorf where they are based for the next few days. The next few days will see some serious headline action for the band.