THE GLADIATORS OF ROCK 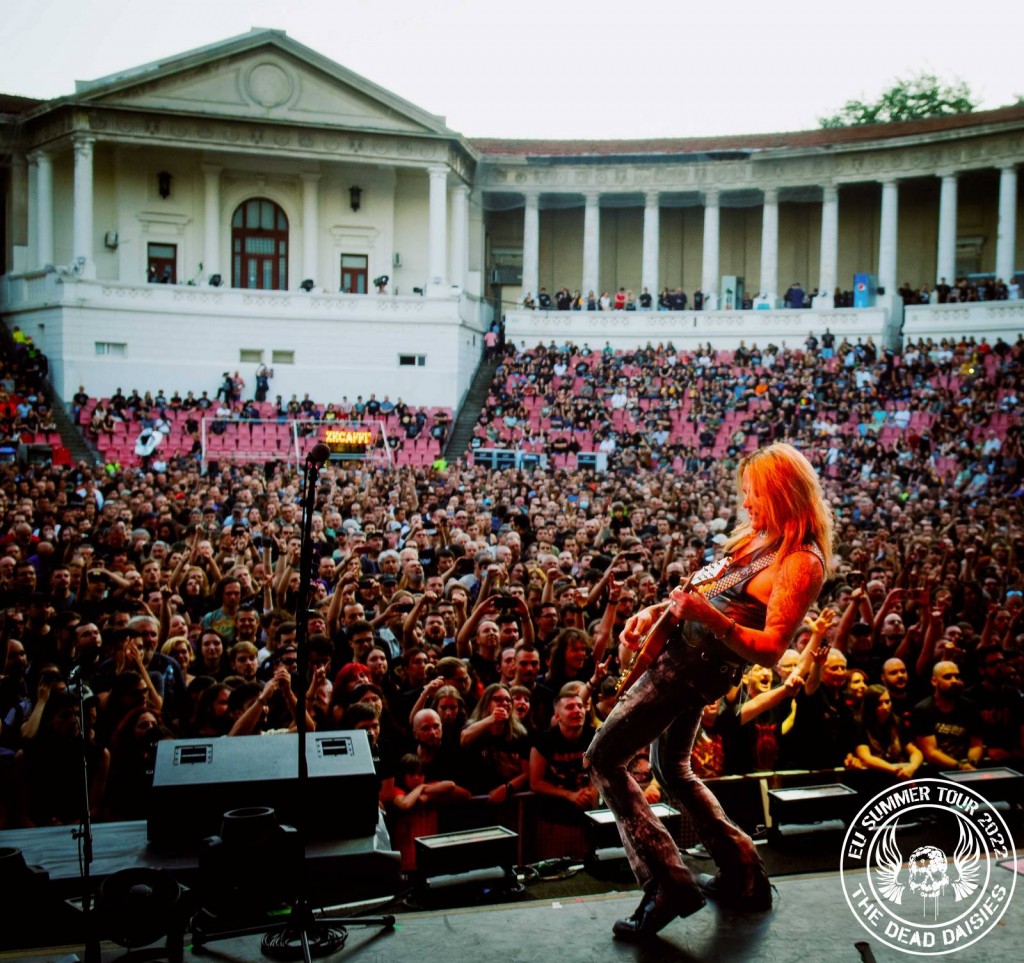 The band have seen and played some amazing places throughout their return to Europe. Athens was a first the other day amongst some of the most historic places on earth and today they played a Roman Amphitheatre in the heart of Bucharest, Romania. Arenele Romane was the name of this amazing venue where The Dead Daisies were guests of Judas Priest.

It was still bright daylight as the band played through their short but very hard hitting set which included numbers like ‘Shine On’, ‘Holy Ground’ and Deep Purple classic ‘Burn’.

Like gladiators taking the stage, the band fought against the hot Bucharest sunshine winning every battle with every riff and chord, slaying every song and winning the crowd’s admiration as they made their way through a triumphant set. Once again, The Daisies came, they played and they conquered!