GAME ON IN CINCINNATI 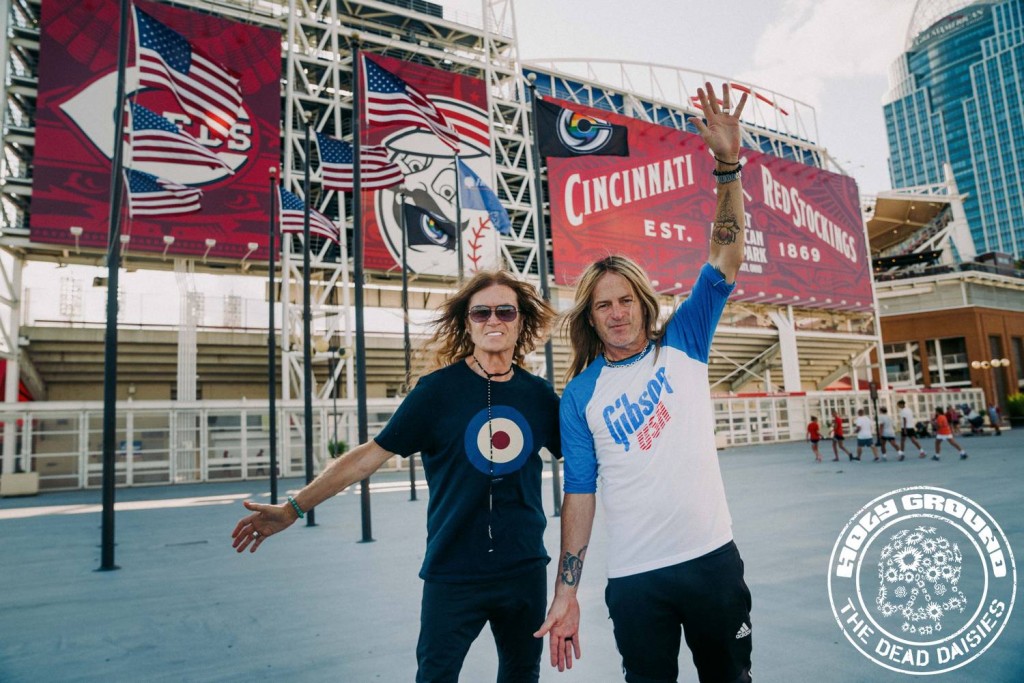 With a day off, Doug, Glenn and the crew are based in Cincinnati for the start of this week before heading to Detroit on Tuesday. Sitting on the Ohio River, the city has produced some of America’s most popular music artists like the Islay Brothers, Doris Day, the Afghan Whigs and more recently The National. The guys took some time out to explore the city during the day before they headed to the Great American Ball Park, home of the Cincinnati Reds. They are the oldest baseball team in the US, and Monday night was game night, so Doug and Glenn went to catch the team’s latest game against the Philadelphia Phillies (Doug’s home team).Tomorrow, it’s back on the bus to hit the road for Detroit.