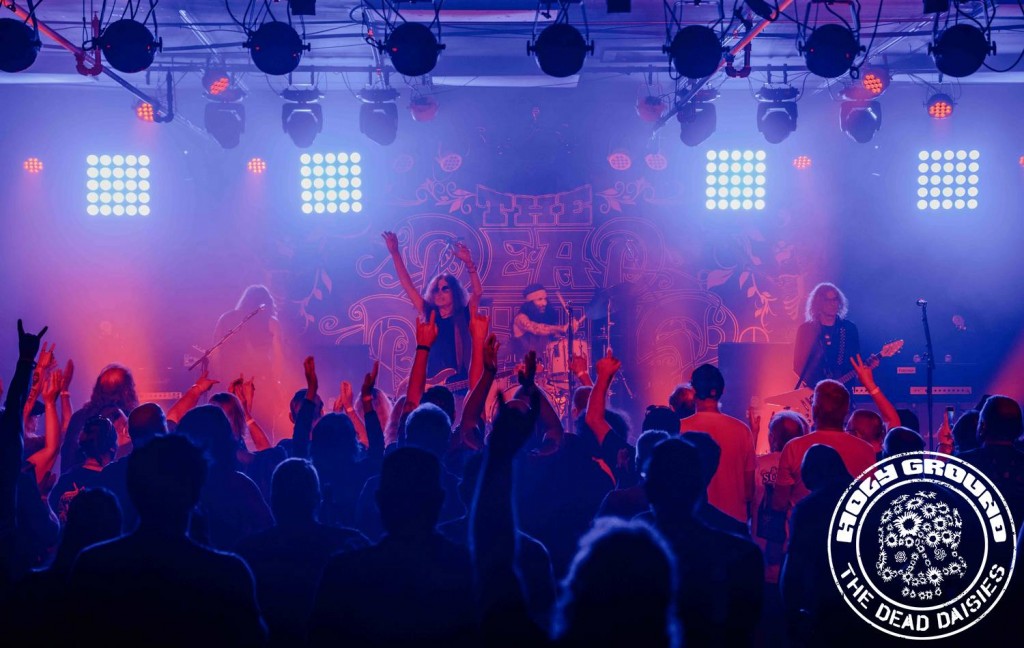 The band were still based in Kalamazoo at the start of Friday, so Doug took full advantage of the pool and jacuzzi to chill out and relax before check out. It was an hour and a half bus ride to Angola and across state lines to Indiana for what would be the penultimate gig. Everyone hung around backstage playing arcade machine games, warming up for the show and taking pictures with the support band SIIN. Once more, the gig was packed full with a very lively bunch of Daisies fans that roared with delight as the band walked on stage. ‘Unspoken’ exploded out of the PA and the band were off, starting a musical journey through a set full of powerful numbers, taken from The Dead Daisies back catalogue and highlighted throughout with ‘Holy Ground’ tracks like the title track and the infectious ‘Like No Other’! Like every show on this tour, the band left the stage to loud applause and cheers from the crowd wanting more. After signing for a few fans outside they boarded the bus and headed straight to the airport for a night flight to Cincinnati. It was a late dinner on the plane before checking into the hotel early in the morning. It’s Saturday and we are now gearing up for the final show of this run, Harrison, here we come!