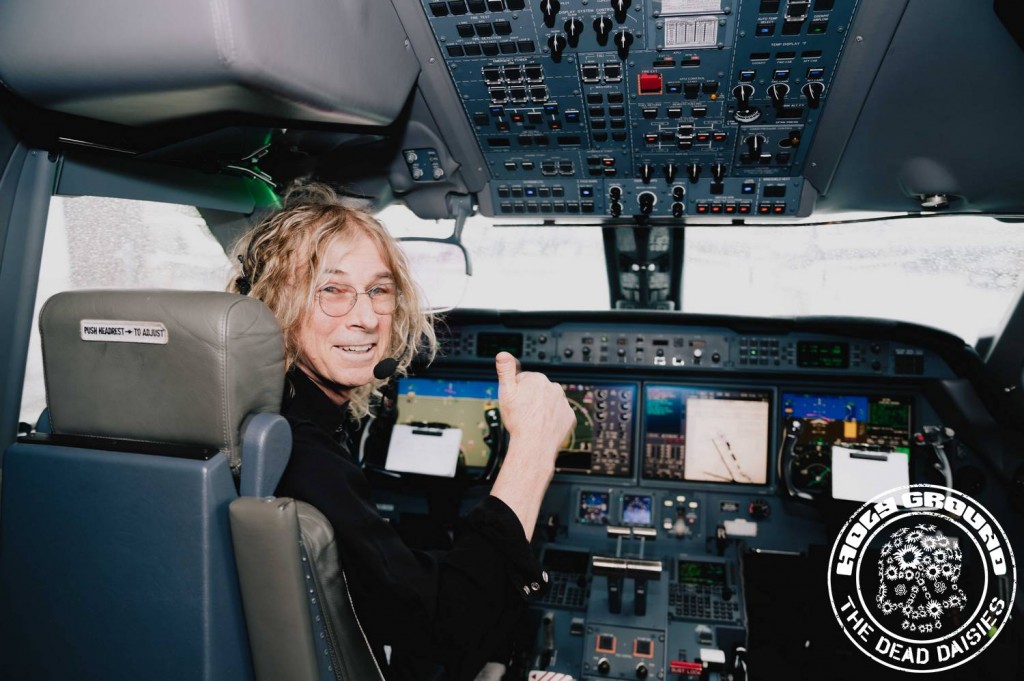 After the intense heat of Monday in the city, Tuesday saw New York hit hard by rain and thunderstorms, not the best of weather systems to take flight in. This was the first time the band had travelled together in two and a half years. There was some turbulence in the early part of the flight, but everyone was in safe hands as David was flying the plane today. They touched down in a humid Florida, taking the opportunity for some quick band shots before travelling to the hotel. Once settled in, David and Doug took a wander outside taking in the heat from the pleasant summer sea breeze. Lake Park sits on the Atlantic coast in the Palm Beach area, situated north of Miami. With showday only a day away, everyone retired to their rooms early to get rested before the big day.