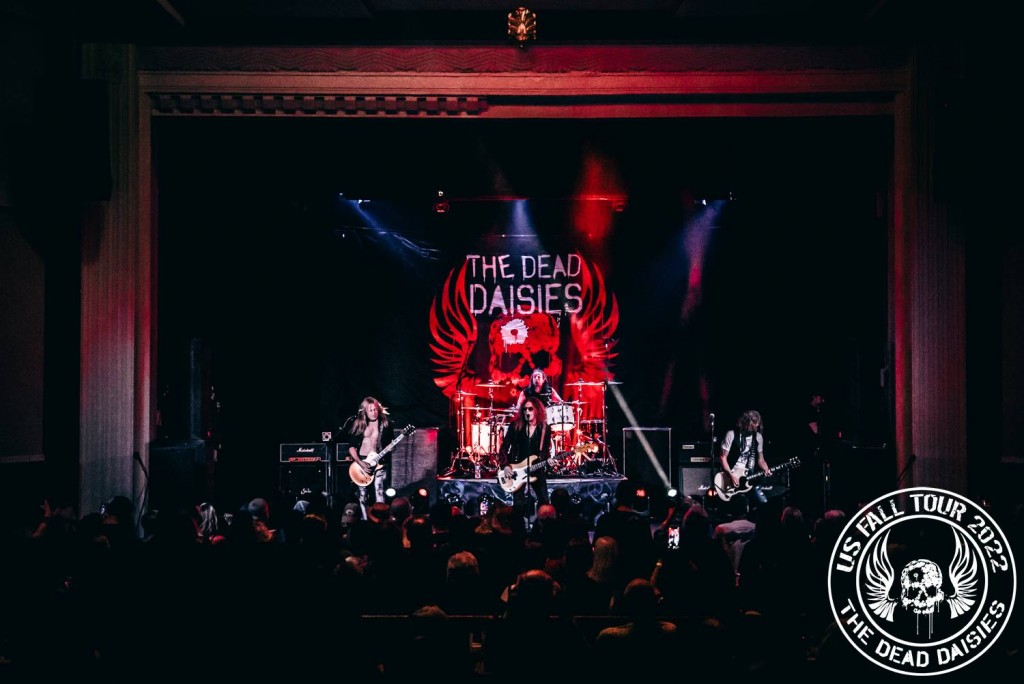 After playing the Blue Ridge Rock Festival, the band stayed in Virginia and travelled to their next destination, the State Theatre in Falls Church. This would be the first ever show in this part of the US, and with a return to a headline show, the band were keen to get back to playing a full set after a very short but adrenaline fueled appearance at the festival.

Taking to the stage at 9pm after guest band Enuff Z’Nuff had completed their set, The Dead Daisies immediately burst into ‘Long Way To Go’, kicking off their set with the kind of punch and bounce we have all come to expect from them. David and Doug continually moved around the stage throughout, potentially clocking up miles and miles between them, while Glenn stood fast at the mic with his vocals guiding the band and music forward with Tichy keeping a solid, constant beat and direction from the drum stool.

Peppered with songs that are fast becoming Modern Day Rock Era Classics like ‘Holy Ground’, ‘Rise Up’ and ‘Like No Other’, added to new songs from the very soon to be released album, like ‘Radiance’ the title track, ‘Shine On’ and new single ‘Face Your Fear’, then squeezed together with huge covers from the very beginnings of Rock music like Deep Purples ‘Burn’, all made for a memorable night of music. it is safe to say the packed crowd including new and existing fans, both young first timers and well travelled seniors to the Rock game enjoyed every minute. Next up, the band travels to the Music City, Nashville.