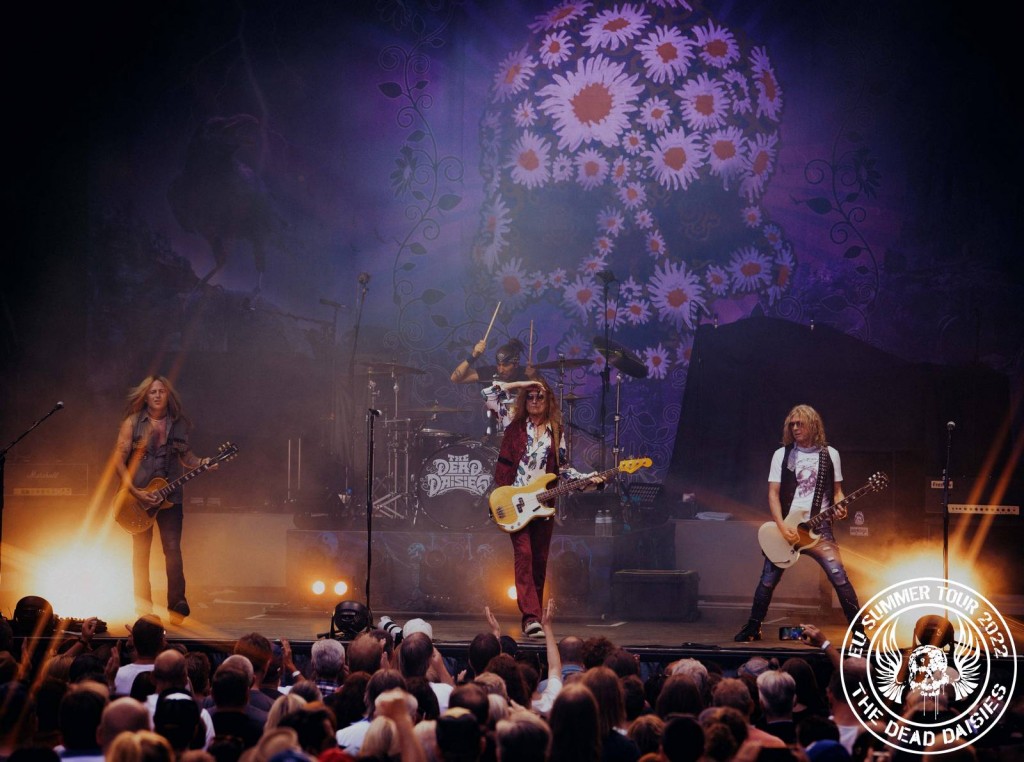 The Dead Daisies have kicked off this Summer EU Tour as special guests to AOR legends Foreigner, and this would be their sixth and final show with them tonight at Schlossgarten in Bruchsal. The concert took place within the grounds of the Castle of Bruchsal.

The band arrived early from their hotel in Baden-Baden, where Doug had been swimming with an inflatable pink flamingo all afternoon!

It would be an early start and an early finish. After three headline shows, it was a switch to a shorter, more compact set that would be like rapid fire for the thousands gathered for tonight’s show. With tracks like ‘Long Way To Go’, ‘Burn’ and new single ‘Radiance’ booming out of the open air PA, the audience were well and truly rocked tonight long before Foreigner came on stage.

Leaving the stage to another loud approval from the masses on the castle grounds, the band posed for some pics with the members of Foreigner before heading back to the hotel. Next up is Hellfest, France on Saturday!