FESTIVAL IN THE HEART OF BULGARIA 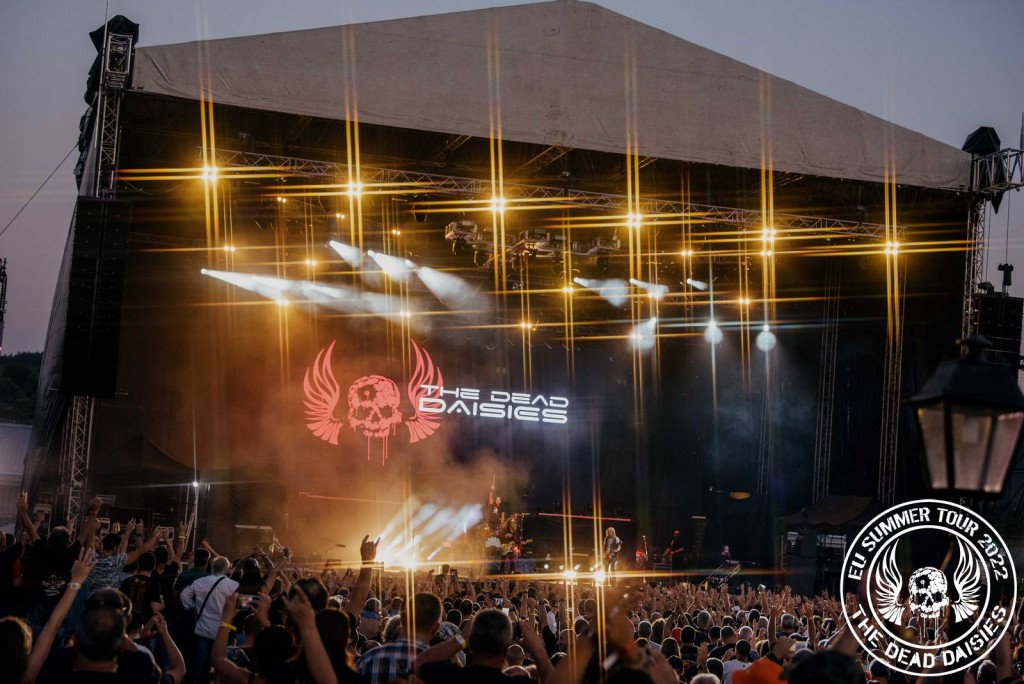 Saturday was a day off with a well earned rest after an amazing hot hot show in Athens. The band and crew had traveled to Bulgaria in preparation for the next show which was part of the Midalidare Rock Festival on the Midalidare Estate in the village of Mogilovo.

Although the heat was not quite the same as Athens, the sunshine was still here in the heart of Bulgaria. After American rockers Ugly Kid Joe left the stage, The Daisies crew prepared everything for the band to take the stage at 8.30pm local time.

As the band exploded onto the stage for an hour-long set, there was a high proportion of fans wearing Daisies merchandise in the crowd, many seeing the band for the first time. With a collection of powerful songs fired out one after the other, the crowd were getting more and more into the groove that Glenn, David, Doug and Brian were laying down. ‘Like No Other’, ‘Bustle and Flow’ and new single ‘Shine On’ left a deep, long lasting impression on the audience in this great little Rock festival in the middle of Bulgaria.

Share on FacebookTweet
DekiFESTIVAL IN THE HEART OF BULGARIA07.18.2022