Today is the day, our brand new single + Facebook app, ‘Face I Love’, is finally out! Fans submitting the face that they love via the app, they will become part of the artwork for the EP cover and touring posters, with selected fans’ faces being chosen to be in the music video.  Plus, one lucky person will win the experience of a lifetime – a trip to see the band at one of their upcoming concerts, somewhere in the world.

The Face I Love app was created to represent the iconic daisy skull logo of the band. Facebook fans will be able to upload an image of the face they love to the App to create a photo-mosaic portrait of The Dead Daisies skull – and make it bloom. The promotion is a true collaboration between the band and their fans, bringing real meaning to the title of the song, “Face I Love”.

“In 2014 and in this age of social media, we couldn’t think of a better way to have our fans interact and be part of our new single, Face I Love, than to have them involved in creating a Dead Daisies skull photo-mosaic made up of faces that they love” – Jon Stevens

After downloading the app, as well as being able to be part of the photo-mosaic for the EP cover art and touring posters, selected fans will also be chosen to be in the music video, with one lucky person winning what is The Dead Daisies experience of a lifetime, with a trip to see the band at one of their concerts somewhere in the world.

You can preorder the EP through the app. Any pre-orders will be given a free copy of Face I Love, the single, as an instant-grat track, to download.  The Face I Love EP will then be released onAugust 1 via Social Family Records.

Click on the image below to check out the Face I Love app! 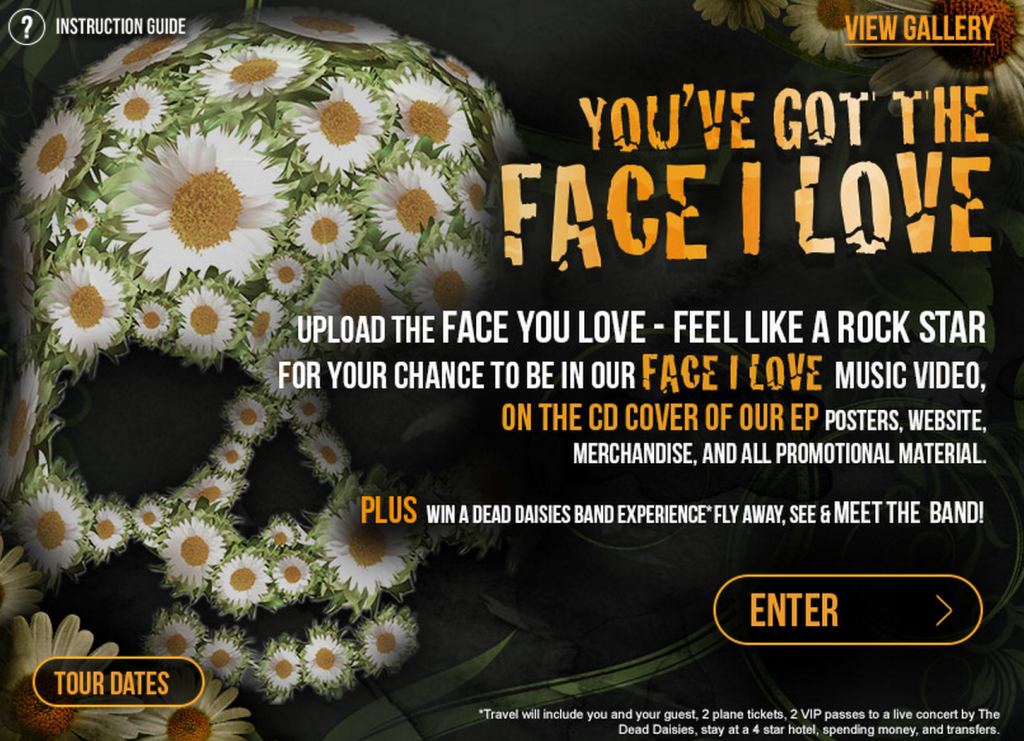 Band Information
The Dead Daisies are a powerful musical collective with a rotating line-up that features some of the best Rock musicians on the planet and a sound that’s influenced by late ‘70s and early ‘80s hard rock – big choruses, powerful melodies and strong hooks.

2014 has been a massive year for The Dead Daisies so far, and only getting bigger with the recent announcement of two US tours, firstly with Bad Company & Lynyrd Skynyrd during July and then KISS & Def Leppard in August.