End Of The Bad Company And Lynyrd Skynyrd Tour

It has been one hell of a ride but all good things come to end. After being part of a solid seven-leg stop of the tour, Bristow pulled down the curtain to what was an unbelievable tour. Being able to share the stage with the legends that are Paul Rogers, Lynyrd Skynyrd and Bad Company was amazing. We want to thank the guys for letting us be a part of all the action, it was too much fun.

A massive shoutout to Johnny Colt, the bass player for Lynyrd Skynyrd, who had this to say “Last night with The Dead Daisies – these guys killed it…..everyone in the #skynyrdnation be sure and check em out and send the love”.

As a band, being able to play in front of such awesome crowds was incredible. The chemistry was electric and there was so much energy from all the band on (and off) the stage Thank you to everyone who came down to watch, you definitely showed us that you all can rock out.

Here is what the band had to say:

“A big Thanx to BAD CO & LYNYRD SKYNYRD for their hospitality & support! Really enjoyed performing with The DEAD DAISIES and getting to hang out with some friends!! ROCK & Roll is ALIVE AND KICKIN!! See ya in August with Def LEPPARD & KISS !!” – Marco Mendoza

“I had a great time on our all too short run opening up for the dual mightiness that is Lynyrd Skynyrd and Bad Company! Both bands were nothing short of mega-inspiring every night and I wish we could have gone on with them longer! And yes it furthermore drove home the simple fact that Freebird is the best song ever written…ever!!  Yeah!!

I had a blast playing with Jon, David, Marco, Richard and Dizzy. Although our sets were not long, we attempted to pack them with a lot of wallop and punch! The crowds reacted favourably and from my vantage point, a good time was had by all! See ya out there all August with my childhood heroes KISS and the unstoppable Def Leppard!” – Brian Tichy

The Bad Co/Skynyrd tour was such an amazing experience.  It was so fun watching 2 bands every night, that were such a huge influence on me.  It was really amazing to not only watch them perform, but to get to know them as people. Rickey Medlocke, Johnny Colt and Steve Rogers have become friends that I feel will be with me for many years to come.  The overall vibe on the tour was really beautiful and i really hope to be able to play with both bands again in the future.  – Richard Fortus 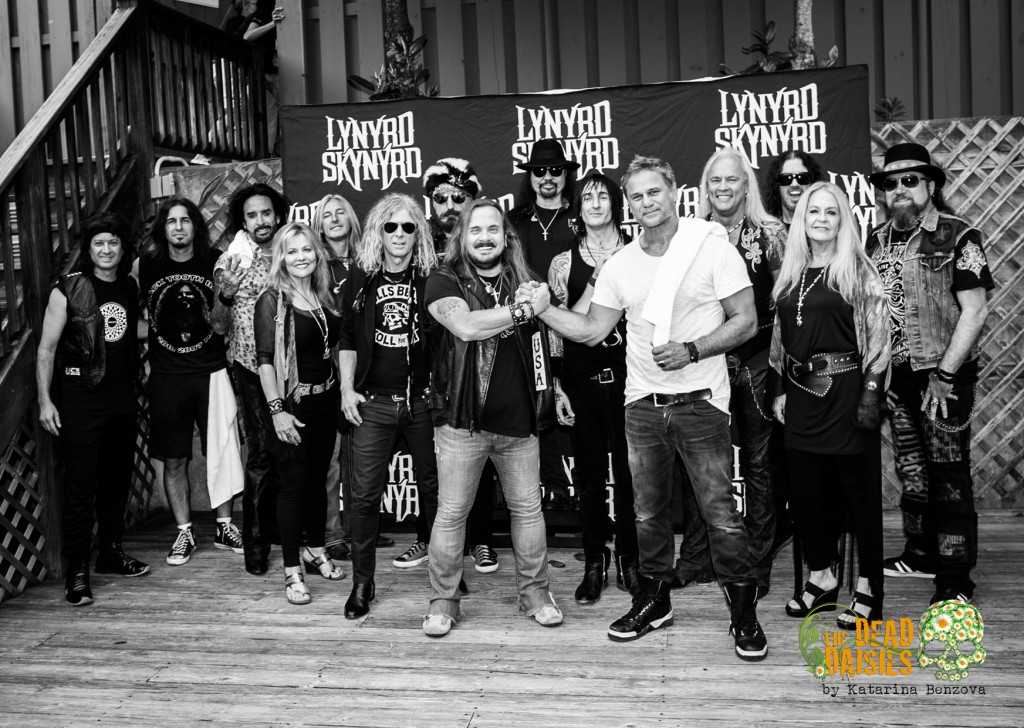 Share on FacebookTweet
DekiEnd Of The Bad Company And Lynyrd Skynyrd Tour07.23.2014