ELECTRICAL STORM ON THE BEACH 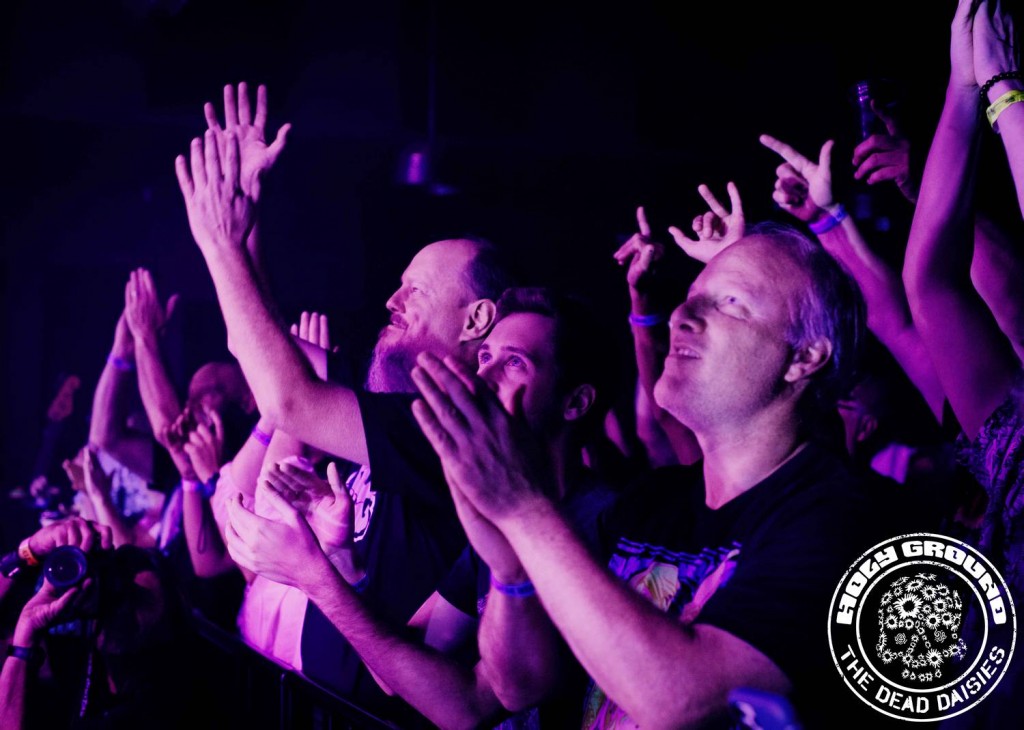 As the tour winds its way down the east coast of the US, next stop was Virginia Beach in Virginia. Looking out onto the Atlantic Ocean, it is also home to an US Air Force base where F22 Jets can be heard regularly and loudly flying around the area. The band flew in from New York earlier in the day and were met with some pretty windy weather blowing in from the ocean as clouds started to gather. As the venue, Elevation 22 started to fill up in the evening, storm clouds of a different kind were on show, this time on the band’s backdrop which lit up as the lights shone like sunlight and the power of the music burst from the stage as Glenn, David, Doug and Tommy surged into ‘Unspoken’! From start to finish the Daisies gave the force of an electrical storm in the form of some amazing rock music which the gathered crowd couldn’t get enough of. A number of fans caught the band at the end of the show for photos on what they will remember as one unforgettable night of great memories.