DRIVING ROCK AT THE GARAGE 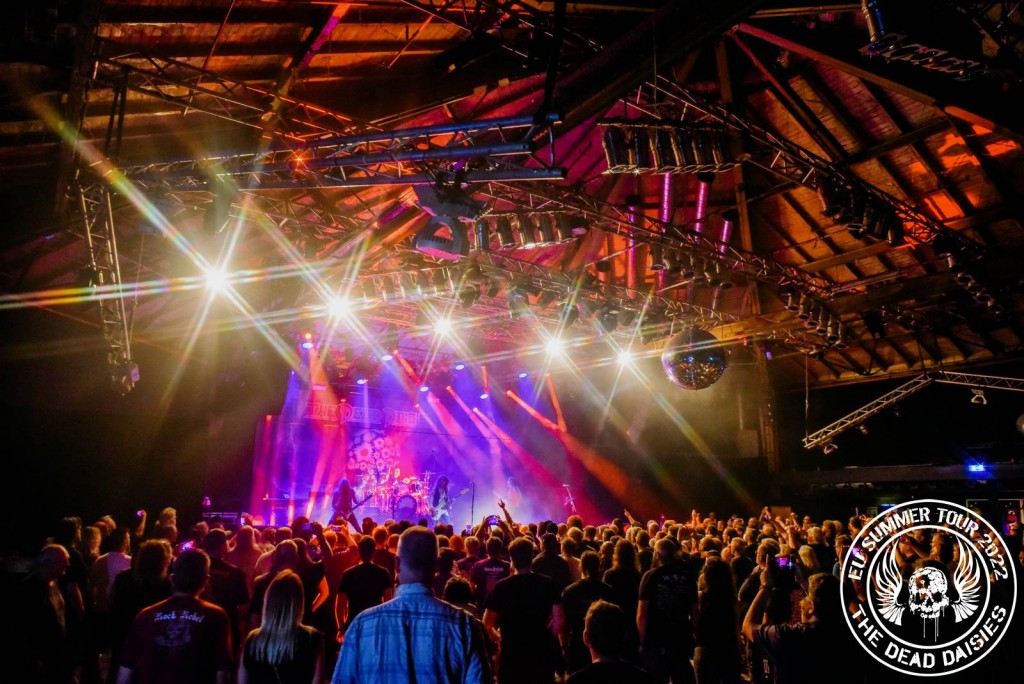 It was a return to a headline show tonight as the band came back to the Garage in Saarbrucken nearly four years since they last hit the stage in this venue. As always when the Daisies come to town it was rammed full of eager waiting Rock fans, and this time they were seeing this line-up for the first time.

As the lights went down and the overpowering stage set up with the huge flower skull glowing from the stage, it was time to kick off the show! The band burst into action with a massive sounding ‘Long Way To Go’, guitars loud and heavy with the bass and drums giving enough bottom end to shake the crowd, preparing them for a night of great, loud, Rock music.

With songs like ‘Bustle and Flow’, ‘Radiance’ with Doug’s dramatic guitar solo and the groove packed ‘Like No Other’ among other great tracks, The Dead Daisies once more gave their German audience something to go home happy with, and if that was not enough, they were treated a very energetic, fist pumping, power crashing drum solo for Mr Brian Tichy! Another great show and an extremely satisfied crowd. Next up, it’s back to France!