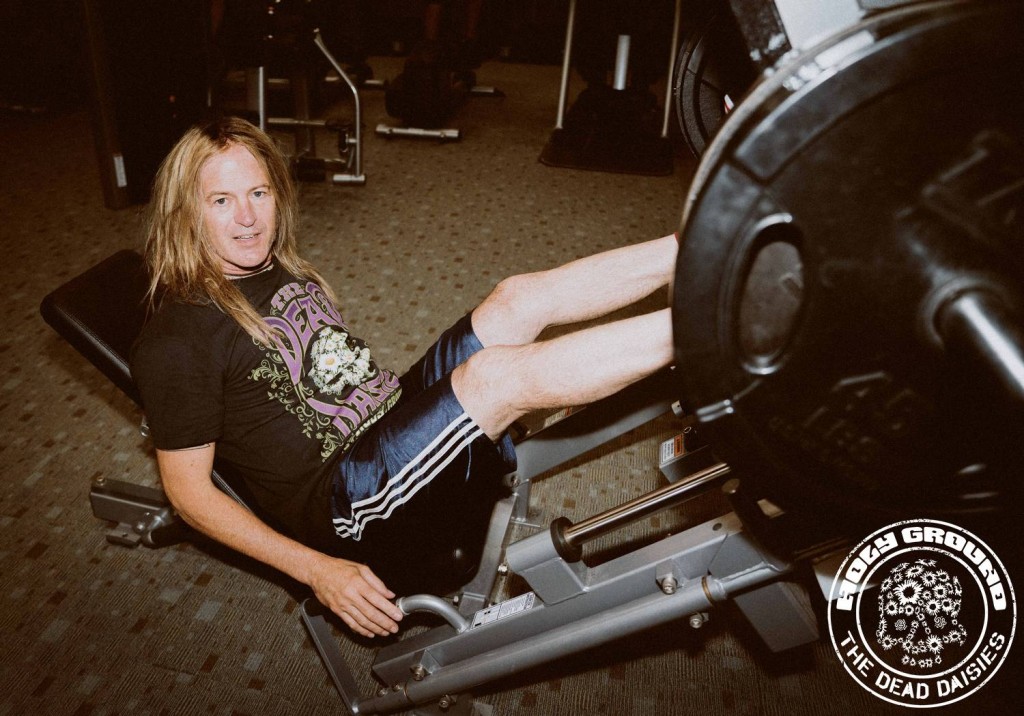 Thursday awarded the band some downtime with the last two shows on Friday and Saturday. While based in Kalamazoo, Doug decided to take full advantage of the big gym at the hotel. It’s an energetic lifestyle performing on-stage, so Doug always searches for the gym when he checks into a hotel on tour. After a rigorous workout, Doug chilled in the afternoon while Glenn decided to take a wander into downtown Kalamazoo. Originating on land once lived on by native Indians, where the name comes from, it’s a clean, small city sitting on the Kalamazoo River and is equi-distant from the major cities of Detroit and Chicago. You can buy t-shirts here that say, ‘Yes-there really is a Kalamazoo’ as it’s used in the saying, ‘From Kalamazoo to Timbuktu’! On his walk, Glenn found a few interesting animal sculptures and visited ‘Taco Bobs’ for lunch. In the evening, everyone went for dinner, with Doug and Tommy accidentally having a wardrobe malfunction by turning up in similar matching blue and white tops much to the amusement of everyone else. It’s back on the road on Friday, with Angola the next show on the horizon, before the final one in Harrison on this run.