New York, NY (January 28th, 2016) – The Dead Daisies are proud to announce the addition of Doug Aldrich to the lineup as lead guitarist of the powerful music collective. Guitarist Richard Fortus and keyboardist Dizzy Reed will be stepping aside to be a part of a momentous project in 2016.

Aldrich is currently in Nashville with the Daisies working with producer Marti Frederiksen (Aerosmith, Gavin Rossdale, Mötley Crüe, Buckcherry) on their follow up to the album Revolución, released last year following the bands trip to Cuba, where the classic rock group were part of a cultural exchange as guests of the Cuban Ministry of Culture, Cuban Institute of Music and the Cuban Rock Agency. The still untitled album will be released globally on SPV Records later this year.

“I’m very, very happy to join my friends Marco, Brian, John and David in the next chapter of The Dead Daisies,” proclaims Aldrich. “I love the band and I’m looking forward to getting busy on the new record. This band is bringing back a raw, back to the bones sound that a lot of groups go for but The Dead Daisies are looking to nail. At this point in time, we are looking to have a kick ass Rock ‘n’ Roll album in the can by spring 2016.”

Fortus couldn’t be happier, saying: “When we started speaking about finding someone to replace me, the first suggestion I had was Doug Aldrich. It doesn’t get any better than Doug in my book. I am so happy that he is able and willing to step in and take over. I think that it will elevate the band to the next level. Thanks to everyone that has supported the Daisies over the last couple of years. Stay tuned to see what they come up with next. I’m sure you won’t be disappointed!”

David Lowy, one of the original founders of The Dead Daisies said: “We’re really going to miss Richard and Dizzy. It’s been a privilege and a pleasure to write, record and perform with such talented world-class musicians and all-around great guys. I’ve personally learnt so much from both of them. We’re very excited to announce Doug Aldrich will be joining The Dead Daisies in the lead guitar role. Doug was Richard’s first pick to replace him. He’s a highly accomplished musician, performer and songwriter and we’re really looking forward to Doug joining us as the Dead Daisies adventure rolls on.”

Marco Mendoza couldn’t be more excited as well of course. “Doug and I shared the stage for many years with Whitesnake and have been involved in many recording sessions and projects. He is a powerful guitar player and performer, can’t wait to bring him in on our next efforts in the studio and on the road. VIVA LA ROCK!”

Since exploding onto the scene in 2013, The Dead Daisies have taken the Classic Rock world by storm, releasing two albums to date & touring with the biggest names in rock including: ZZ Top, Aerosmith, Lynyrd Skynyrd, Bad Company, Judas Priest, KISS and Def Leppard. 2015 was a banner year that saw the band release their 2nd album, make a historic visit to Cuba, join the line-up for some of the biggest European Rock Festivals including Download and Graspop, tour around the globe with Whitesnake and KISS as well as play a sold out triumphant headline show in Paris. The band then returned to the UK for the first time in two years to play a series of Sold Out club shows, including the special guest slot at Planet Rock Stock in Wales.

With the year having just started, The Dead Daisies are well underway to continue to rewrite the book on Classic Rock. With a killer new album in the works, massive touring being booked and fueled by their ever-growing fan base, the band is showing no signs of letting up. 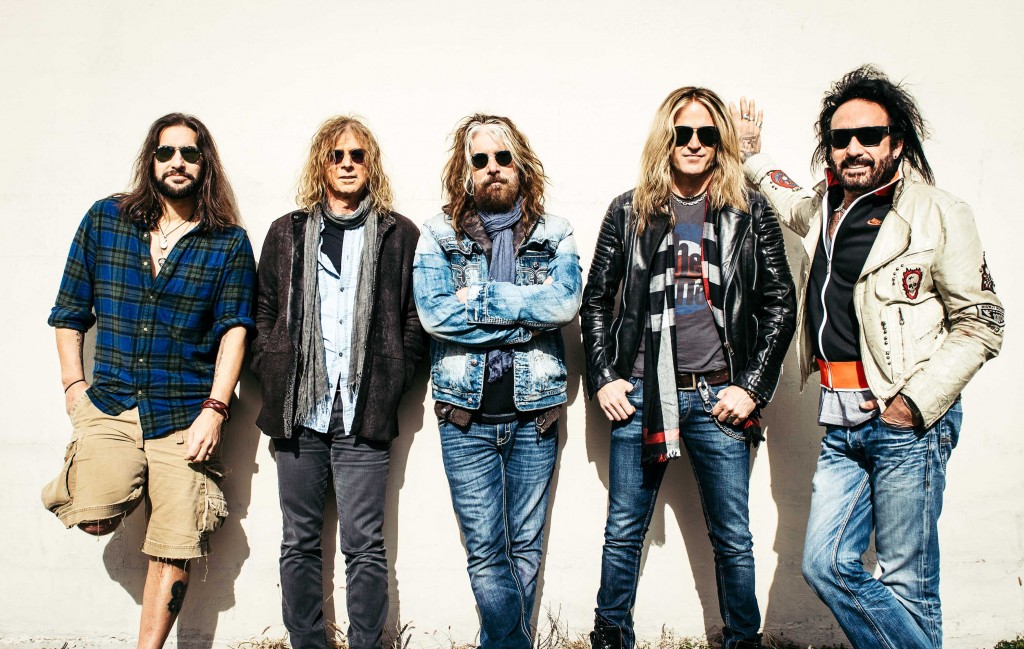 “The Dead Daisies’ all-star cast do a sterling job of banishing hangovers
with slick-as-a-vaselined-otter Classic Rock.”