We are happy to announce that we’ll be spending July on tour with Bad Company and Lynyrd Skynyrd for seven East Coast dates starting July 10!

After amazing tour of North America last year for Rockstar Uproar, we’re really looking forward to getting back on the road in the States, and also touring through cities we’ve never played in before.

If you’re on the east coast in USA, don’t miss out on these shows!

“I am PSYCHED to hit, and I do mean, HIT!, the road, as well as every drum I can fit on the riser, this Summer with my buds in The Dead Daisies. When my longtime friend Dizzy Reed called me last September to do some dates with the guys on the Uproar Tour, my schedule was open! Then he told me it also included my buddy, bass wiz Marco Mendoza and I got even more psyched! After meeting and playing with the extremely talented Richard Fortus, John Stevens and David Lowy I was sold! We hit the ground running and we will do it again! We clicked the first time and we get to do it again with some of our favorite bands of all time! Bad Company with Simon Kirke! Lynyrd Skynyrd with good bud Michael Cartellone!! Yeah! My goal; groove hard, have fun, and swing for the cheap seats! I look forward to “A Dead Daisies Summer Of Rock, Volume, Ampitheaters, Power And Friends! That’s “A.D.D.S.O.R.V.A.P.A.F.” if ya wanna abbreviate and get into the art of “Acronyming!!” Haha!  See y’all there!!!” 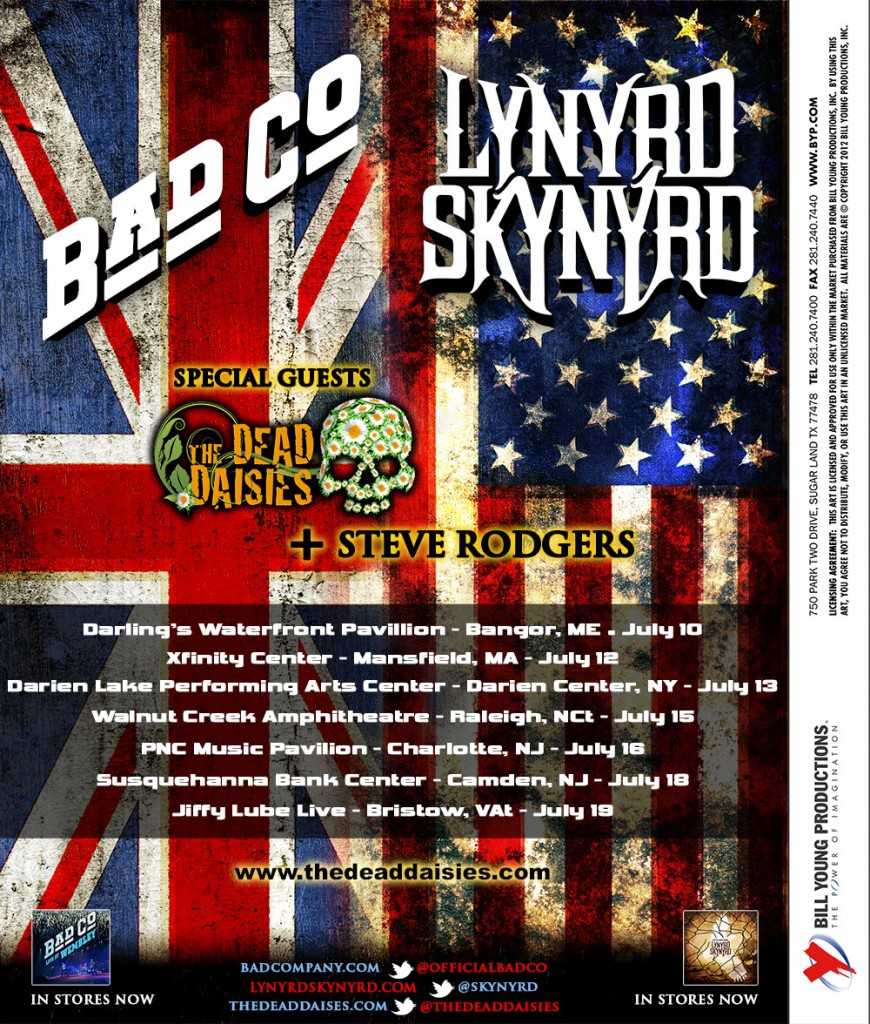