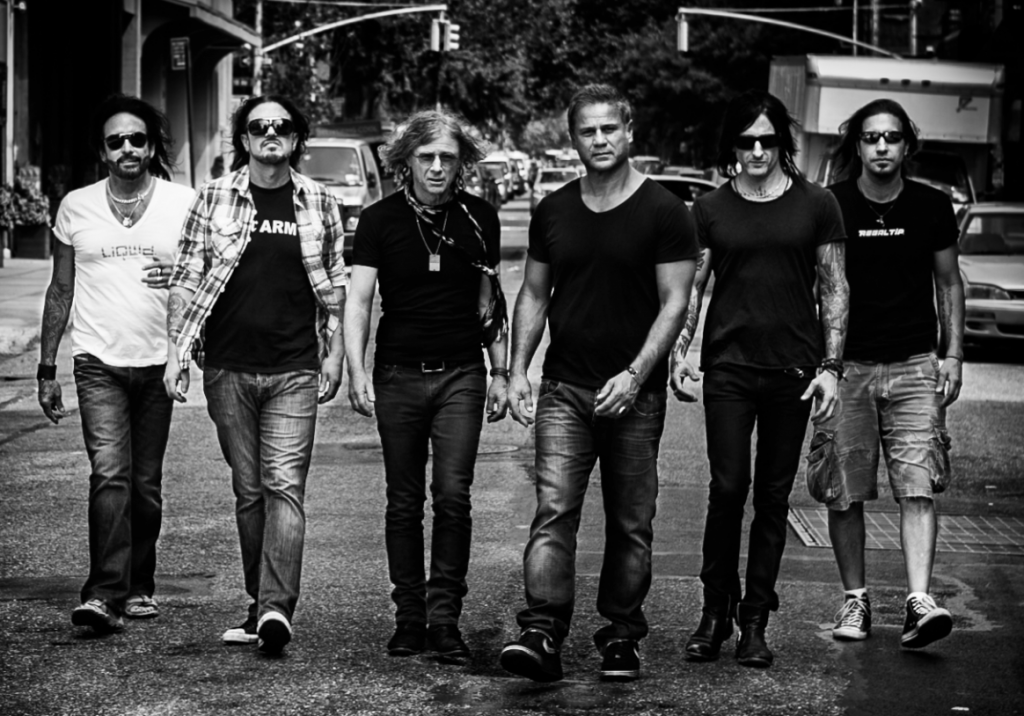 Classic rock supergroup, The Dead Daisies, are preparing for their first live performance on the high seas, joining the KISS Kruise IV this fall for the annual fan getaway, announced today.  The Kiss Kruise is set to sail on the Norwegian Pearl from Miami, Florida, on Halloween, Friday, October 31, travel to Great Stirrrup Cay and Nassau, Bahamas, returning on Tuesday, November 4.  The 4-day celebration of music includes performances by KISS, Cheap Trick, Robin Zander, Pat Travers Band, The Dead Daisies and more, fans can visit www.thekisskruise.com for more information.

“Cruisin’ with KISS! That’s cool with me! It might get hotter than hell but I’ll be sure to cool off with some cold gin! I got nothin’ to lose! Haha!” says drummer Brian Tichy. “This will be a lotta fun and I’m psyched to set sail and go and go rock with my buds in The Dead Daisies being part of a cruise put on by the mighty KISS!”

The Dead Daisies sophomore effort, Face I Love¸ released in August, and so far this year they have played to more than 600,000 music fans across the globe including festivals as well as recent tours over the summer with Bad Company and Lynyrd Skynyrd, and in August with KISS and Def Leppard.  iTunes link to Face I Love: http://bit.ly/1qqEM7L.

The first single, “Face I Love” found a welcome home at Mainstream Rock, holding in the top 25,  and the single boasts more than 5000 spins in just a couple of short months.  The video for “Face I Love” is a tribute to their fans featuring photos from more than 5000 submissions via the “Face I Love” App which launched the single and invited fans to upload pictures of themselves, or any face they love, to participate in a series of events as well as a contest which included a trip to join the band on the road.  The photos from the App were also uploaded to a photo-mosaic portrait for the digital version of the EP.

The Dead Daisies eponymously-titled debut (released August 2013) has sold more than 20,000 downloads and features the single, “Lock ‘N Load” (ft. Slash) and was voted #15 in Classic Rock Magazine’s Top 100 songs of 2013! In 2013, they played more than 100 dates including headlining the Festival Stage on the 25-city Rockstar Energy Drink Uproar Tour, opening for ZZ Top, touring with Aerosmith, winding up the year with an epic sold-out show at The Barby in Tel Aviv, Israel.