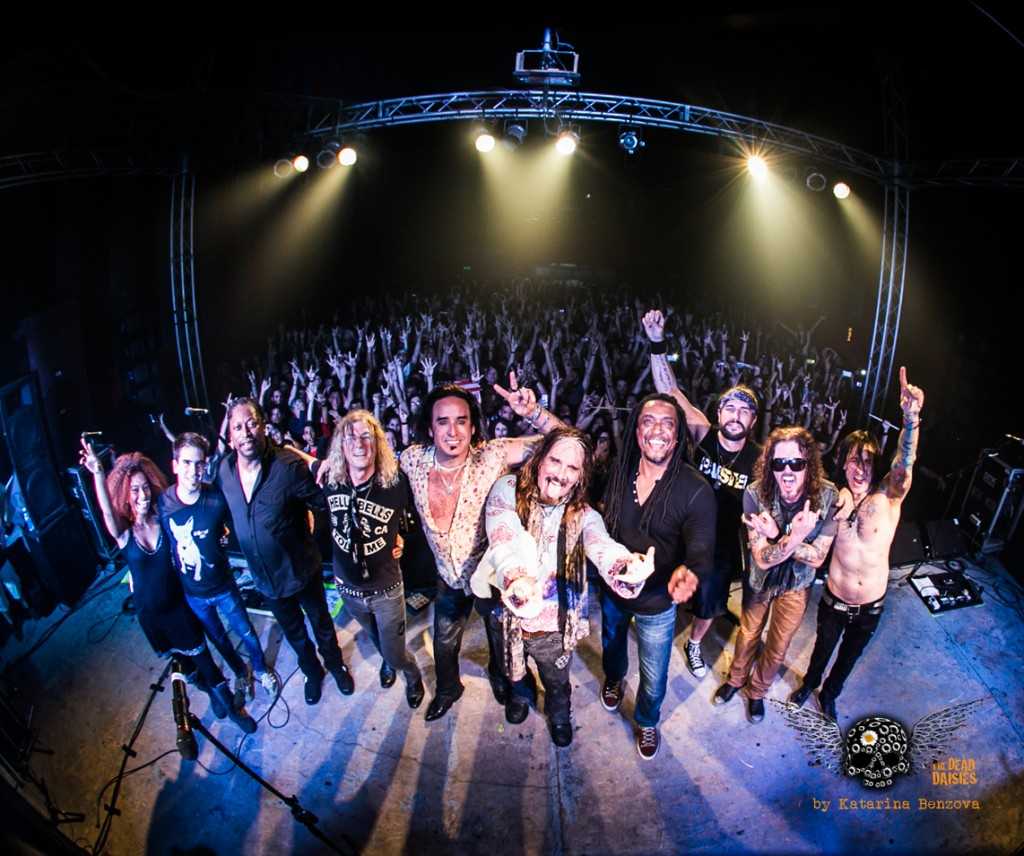 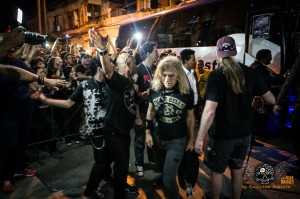 Last night the band rocked to a sold out crowd at Havana’s Maxim Rock club, located on Plaza de la Revolucion in the heart of Havana, Cuba. It started when the band needed security to help them get from the bus to the venue. Maxims was so packed to the brim with Cuban fans that it was well over capacity and had masses of people outside that couldn’t get in, all desperate to catch a glimpse of The Dead Daisies.

But what fans couldn’t see, they sure could hear… as the show was loud, explosive and hot, the walls dripping with sweat as the Cuban fans lapped up the rock n’roll bursting from the stage.

Brian was especially amazing last night, maybe because of the fans, and maybe because he got to play with some awesome Cuban percussionists that joined the band for the show. They were lovin’ it too!

The crowd was rockin’ so hard… they hung on every note and just wanted to hear more and more. Beautiful girls on boyfriend’s shoulders flashing the band, fans actually crying they were loving it so much. If this is anything to measure against, Saturday is going to be huge.

This show was special, like once in a lifetime special.