The Dead Daisies making it into Brazilian Press

The Dead Daisies have been making it into the Brazilian media as the band’s music continues to make it’s way around the globe!

“Despite the changes, especially in the rhythm section, that have mainly happened because of the restrictions imposed by other activities of the musicians involved, the group intends to maintain the current format. Especially now that just released the EP “Face I Love”, which according Fortus sounds much more “as a band” than previous works (the EP “Man Overboard” and the self-titled debut album, both of 2013) . – Territorio Da Musica.com 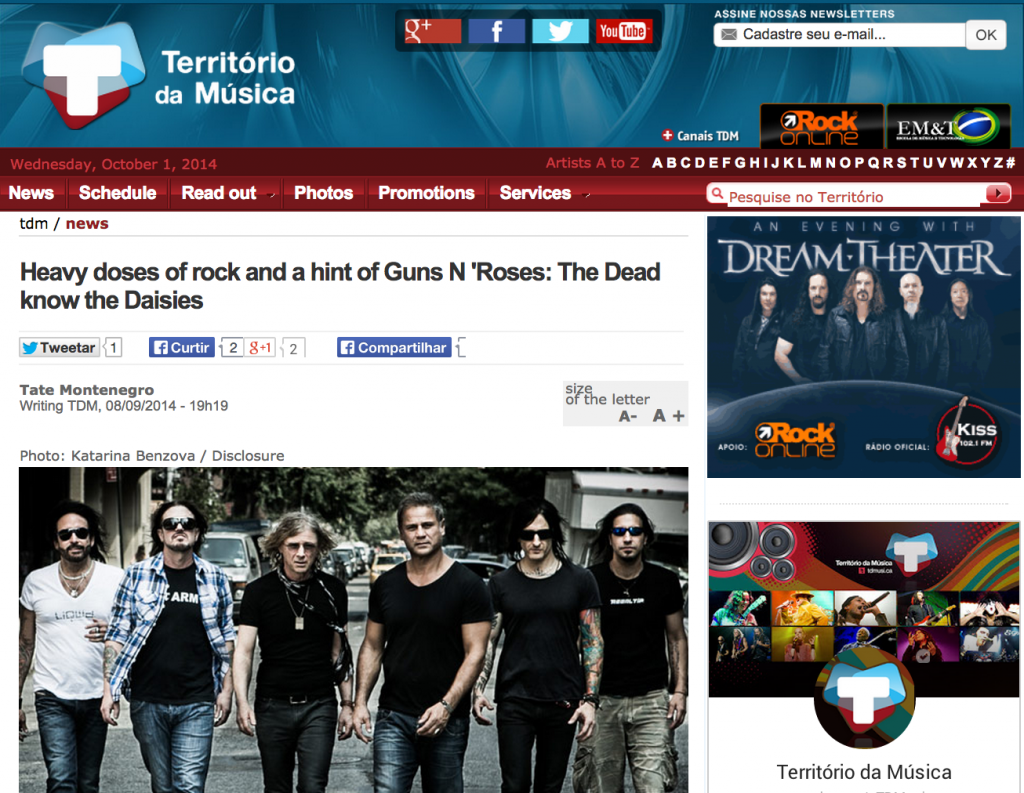