The lineup of talent that makes up the Dead Daisies is quite impressive, with each member boasting a noteworthy resume. One of the band’s all-star players is Guns N’ Roses keyboardist Dizzy Reed, who recently stopped by our studio for a video interview.

While chatting with us, Reed spoke about the band’s origins, their recently released album Revolución, their historic trip to Cuba, their video for the song “Mexico” (watch below) and what it’s been like touring with the legendary KISS.

As far as the sound of their new disc, Reed says, “It’s not really retro, it’s not really classic, because it’s new. It’s new classic-sounding rock … If you like good rock ‘n’ roll music, you can’t go wrong with this record.” See the rest of our interview with Dizzy Reed in the video above.

The Dead Daisies are rounded out by John Corabi (Motley Crue), Marco Mendoza (Thin Lizzy / Whitesnake), Richard Fortus (Guns N’ Roses), David Lowy (Mink / Red Phoenix) and Brian Tichy (Billy Idol / Ozzy Osbourne). As stated, the Dead Daisies’ new album, Revolución, is out now. To pick up a copy, click here. The band is also in the midst of a U.S. tour with Whitesnake. Check out a promo video for both the album and the tour below, and see all of the band’s upcoming tour dates here. 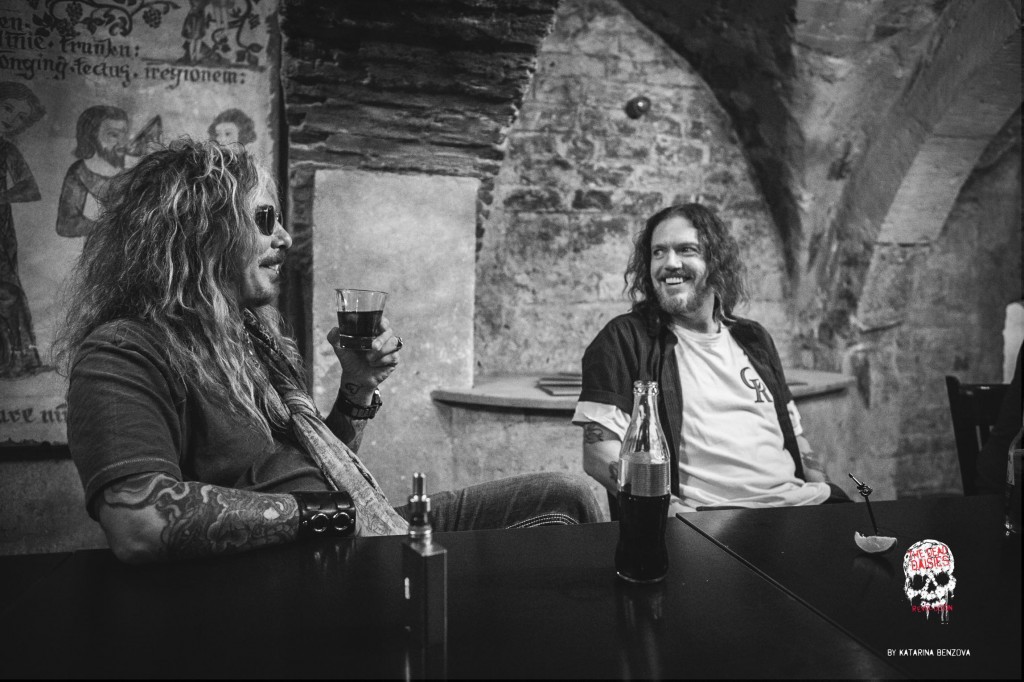