A Day In The Life of John Corabi

Let’s follow our lead singer today, from an early morning show to playing a huge venue Dayton, OH with KISS. Here we go…

John Corabi will avoid the mundane at all costs, so when he sets off on a new adventure each day with The Dead Daisies, he will do his best to make it slightly different from the day before which can sometimes be hard on tour where you catch yourself getting in to a daily routine. Today he was awoken especially early to head in to FOX ABC with Marco and Doug to talk about the new album and promote it with an acoustic version of ‘Join Together’ outside in the beautiful sunshine. Morning time might not be Rock’n’Roll time, but good music is always fun, so the session turned out pretty cool. Afterwards the musicians even had a bit of time to explore the city, which is not always the case. John took a stroll around and ended up at a monument that is a tribute to the legendary Wright Brothers. David Lowy, who is the aviation expert in the band, probably knew all about it already.

But soon it was time for soundcheck at the venue, which was business as usual, getting into the groove, getting the sounds right. But in the dressing room afterwards, our man realized that he had forgotten his shoes and only brought flip-flops! Oh, well, barefoot it is then! John even announced that fact to the crowd with great amusement. The show went down a storm, the band is really firing on all cylinders by now.

Show and signing done, „Crabby“ checked out KISS and the parade of masked fans everywhere. After some backstage chilling with the guys and a few drinks, it was bus call. Another day on the road rocked. Thank you, Dayton! 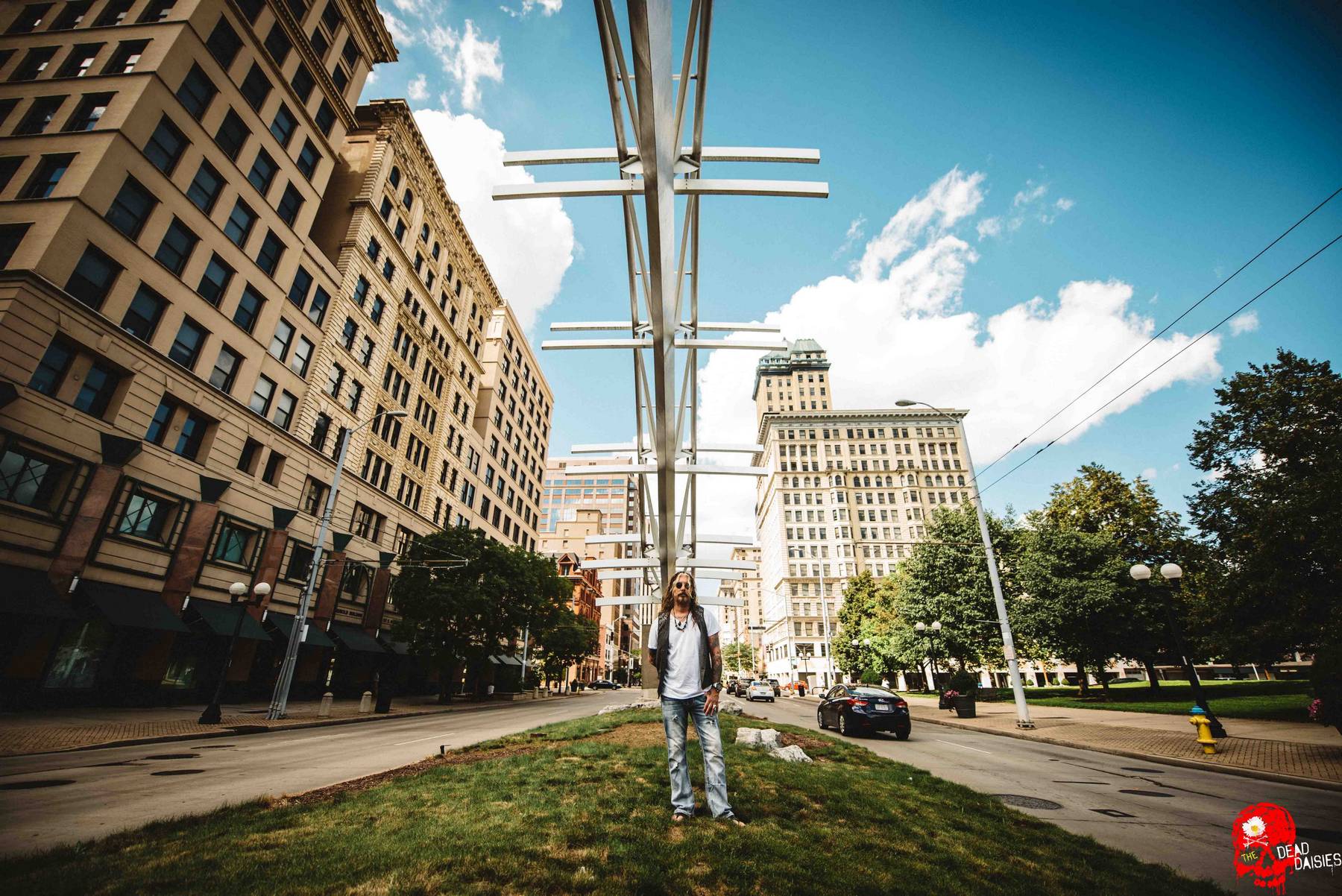 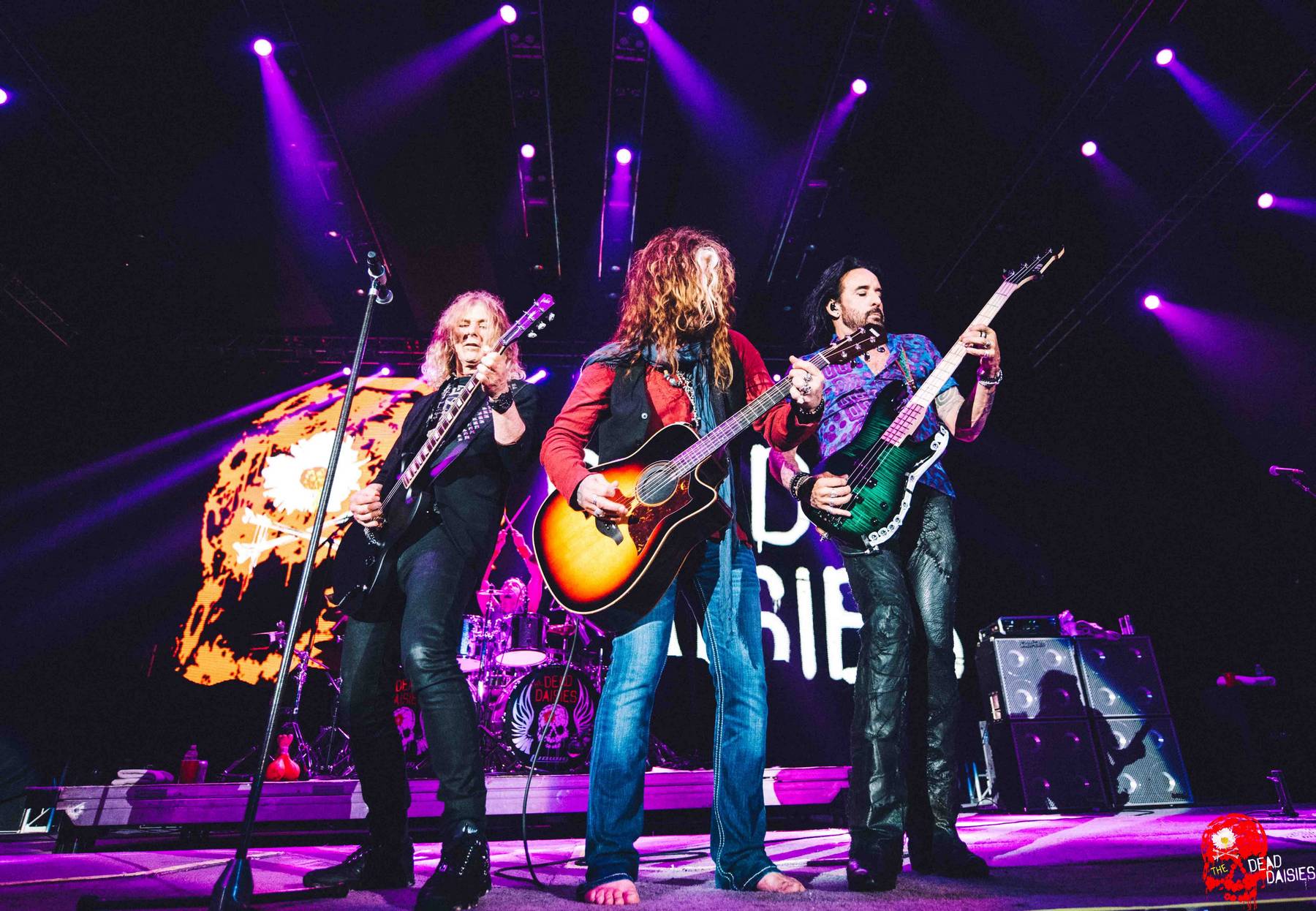 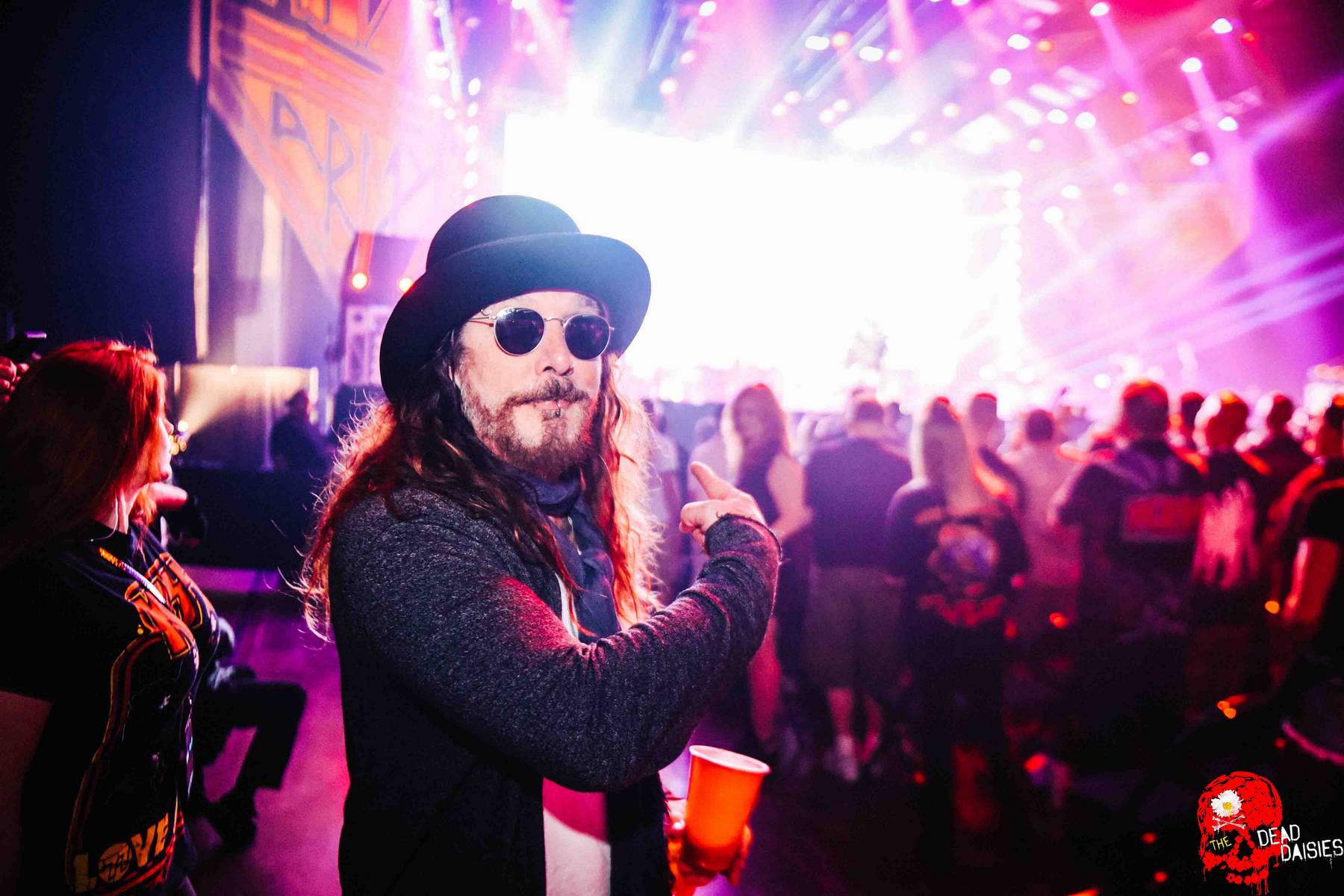 Share on FacebookTweet
DekiA Day In The Life of John Corabi08.24.2016