DAY 5 – ROCKING IN THE BAHAMAS

The final day of the Kruise saw the ship dock in Nassau in the Bahamas. Famous in the music world for being the home of Compass Point studios owned by Island Records founder Chris Blackwell and where some of the biggest rock albums in the world were recorded including ‘Back in Black’ by AC/DC and ‘Piece of Mind’ by Iron Maiden among many others. David and Marco took a trip to the studios to have a look, David has recorded in the studios in the past. Marco spotted a huge shark in the ocean not far from the studio. 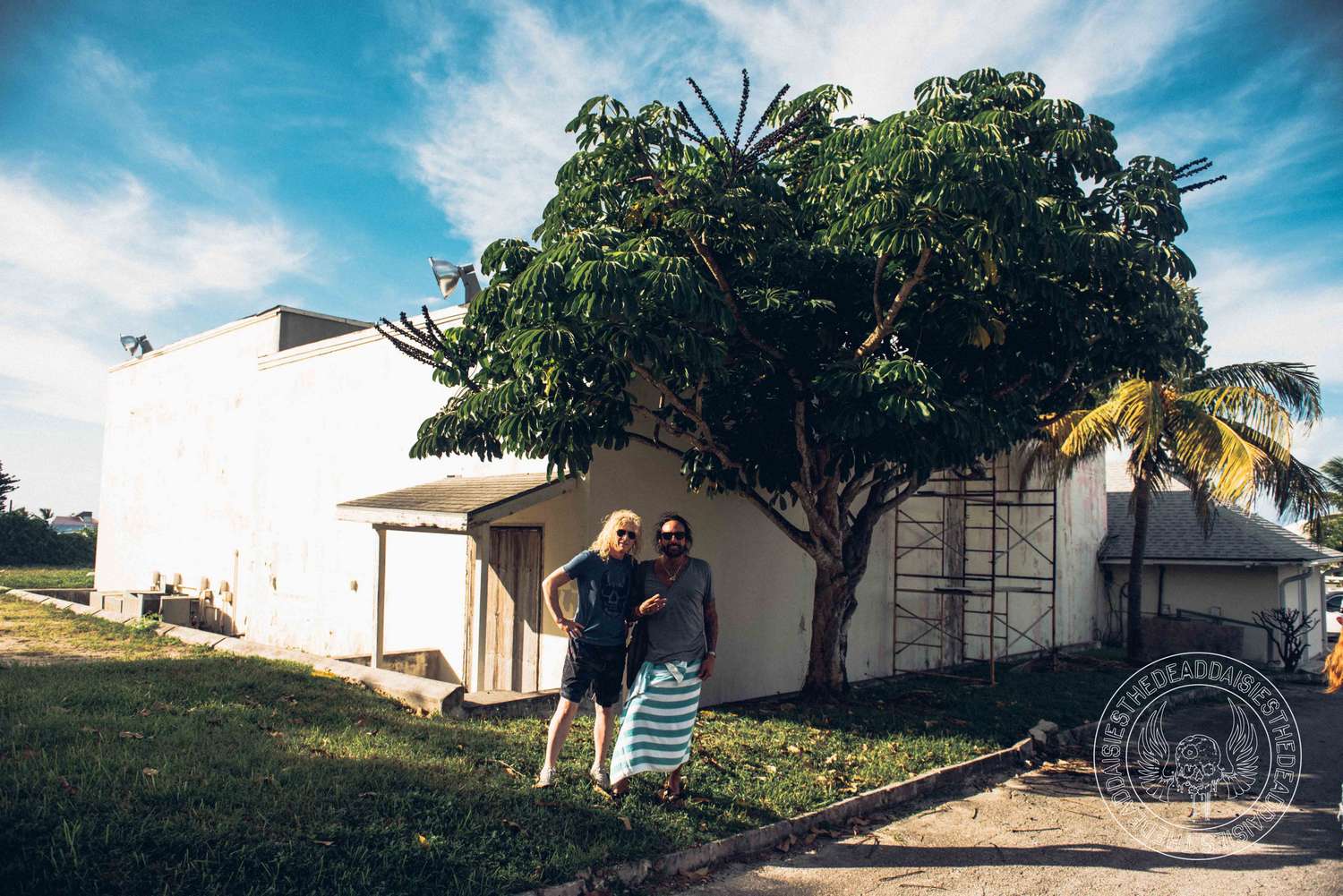 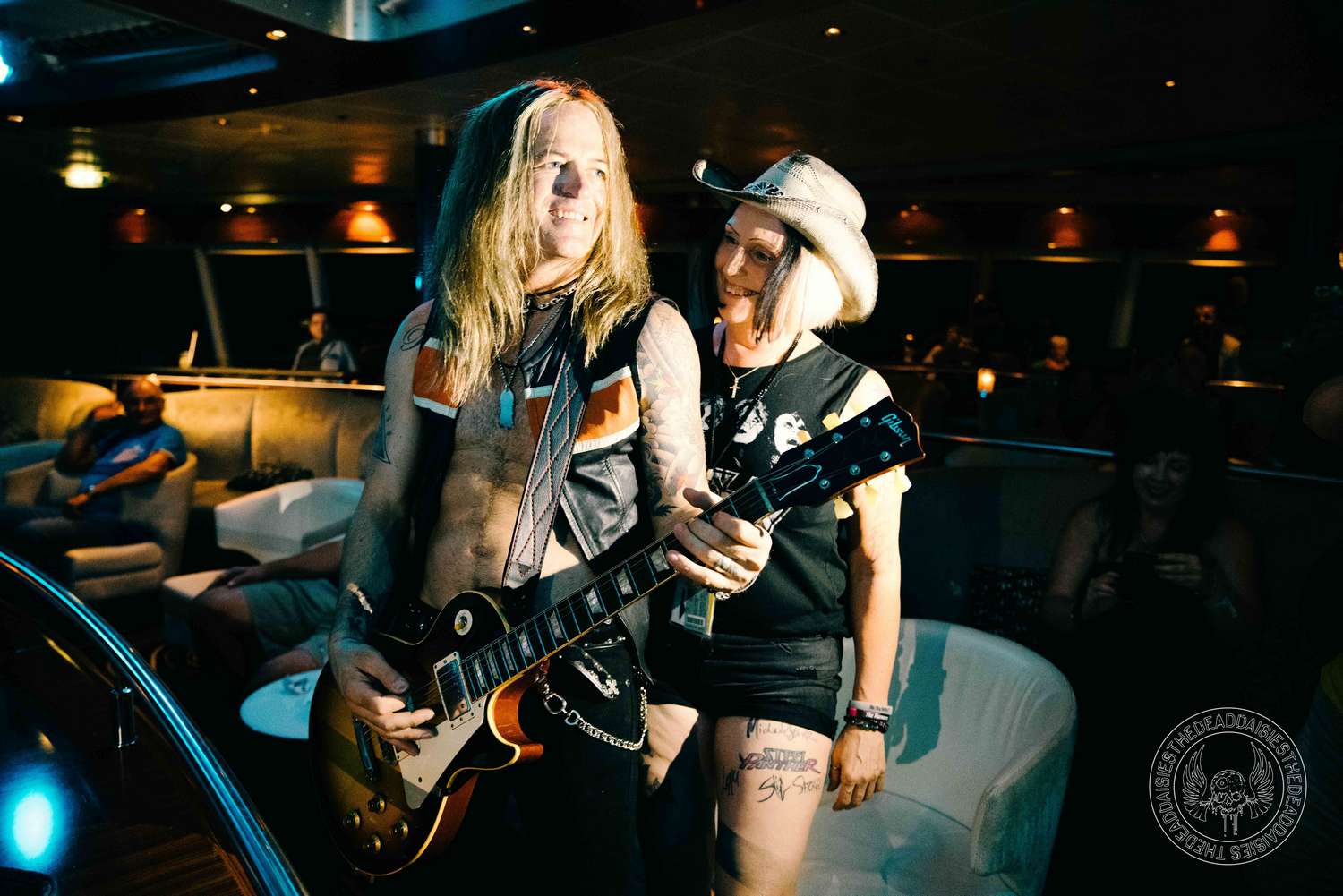 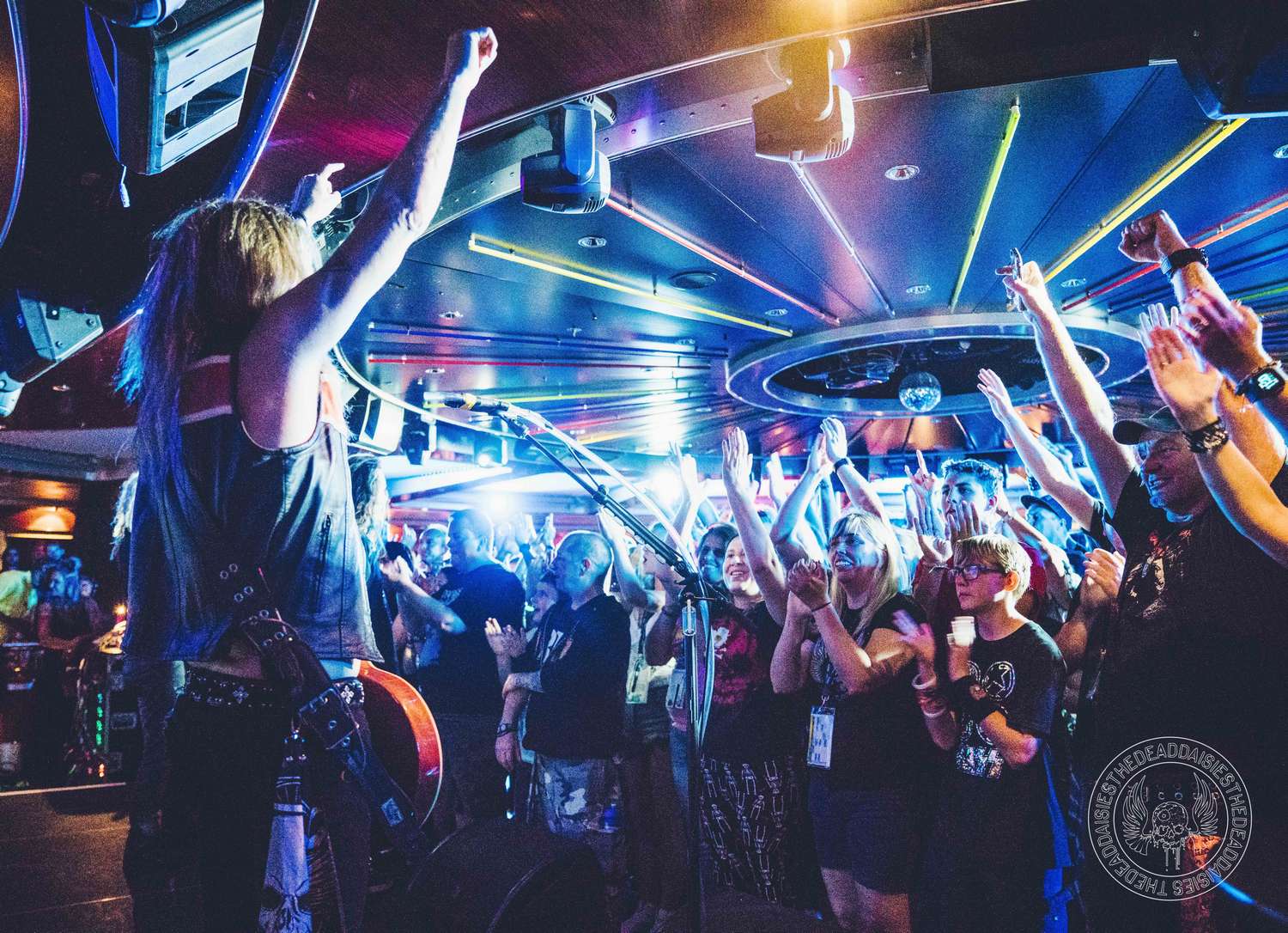 On the return to the ship, the band prepared to play their final set of the Kruise, this time in a different venue, the Spinnaker Lounge at 10pm. Once again, the regular Daisies followers were there in force but many had managed to convince a lot of new faces to come and support the band.

Numbers like ‘Rise Up’ and ‘Song and a Prayer’ blasted out from the stage to the delight of the crowd with a few KISS numbers mixed in for good measure.

This has been another memorable adventure for The Dead Daisies creating many memories that will last a lifetime along the way.