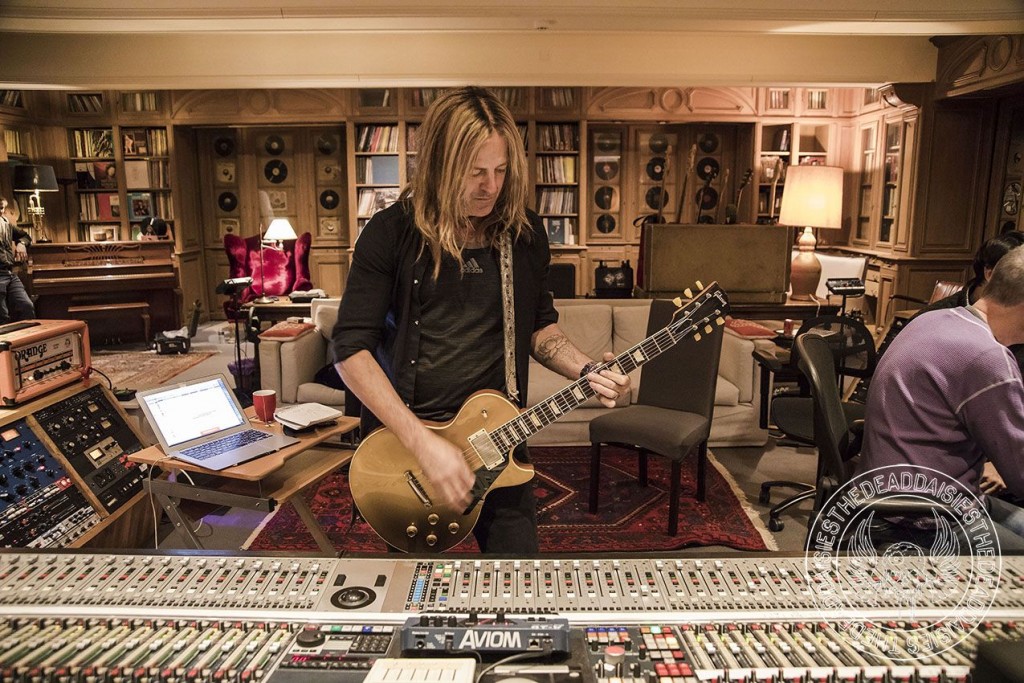 On Tuesday, the team started to arrive from various parts of the globe to La Fabrique Studios in the south of France. It is time to record the next piece of the jigsaw that will result in the new game changer album by The Dead Daisies.

Glenn arrived later, David arrives next week while Deen who has finished all his drum parts is staying at home to mow the lawn(!) (he will be back for a final session to record backing vocals in Los Angeles at the start of the year). Meanwhile Doug got set up and ready to go.

Glenn was straight into the studio on arrival to start recording bass parts. With the introduction of his growling bass, the songs are starting to metamorphosize into huge monsters set free in the studio.

With the work done for the day, everyone sat down to another amazing culinary classic from chefs Doug and Glen. Tonights menu was roast duck with all the trimmings.

After dinner Doug headed back with producer Ben to lay more guitars while Glenn tuned into watch his beloved Wolves play West Ham United in the English Premiership (2-0 Wolves). Glenn went to bed a happy man.