Daryl Jones Heading Back To Tel Aviv With The Rolling Stones

After playing to a sold out crowd in Tel Aviv with The Dead Daisies, Daryl Jones will be heading back to Israel later this year with The Rolling Stones.

“The Rolling Stones will perform their first-ever Israel concert, it has been confirmed.

Representatives said on Tuesday that the band would go ahead with its performance in Tel Aviv this summer as planned.

The Stones were reportedly offered £4.5 million to play the open-air concert in Park Hayarkon on June 4 – the largest sum ever offered for a music act to play in the country.

In January, the band’s bass player Darryl Jones visited Israel and performed with the Australian group Dead Daisies, at a sold-out show at the Barby Club in Tel Aviv.” – Thejc.com 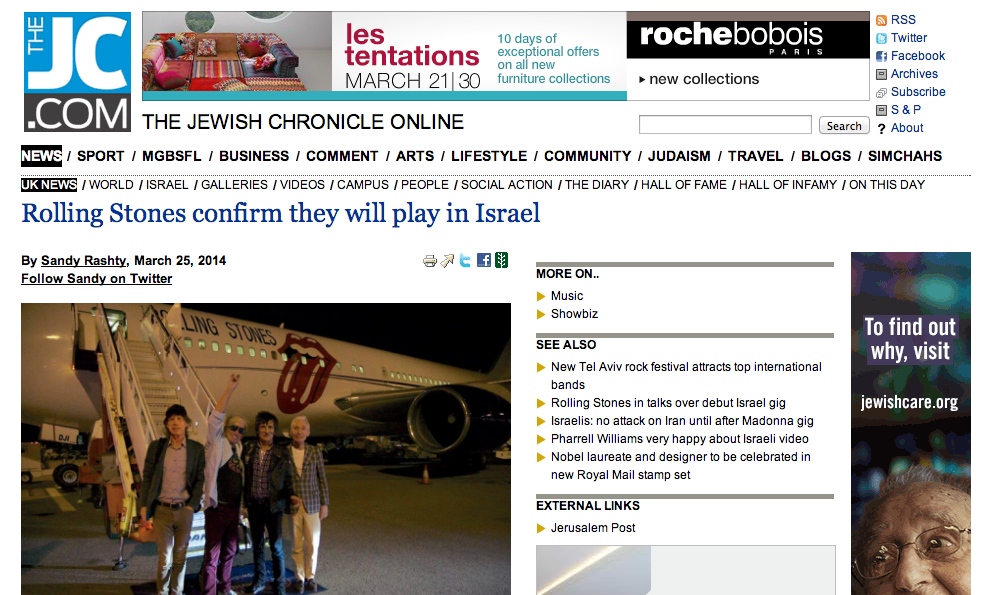 Share on FacebookTweet
DekiDaryl Jones Heading Back To Tel Aviv With The Rolling Stones03.28.2014