DAISIES DO A TEXAS JAM 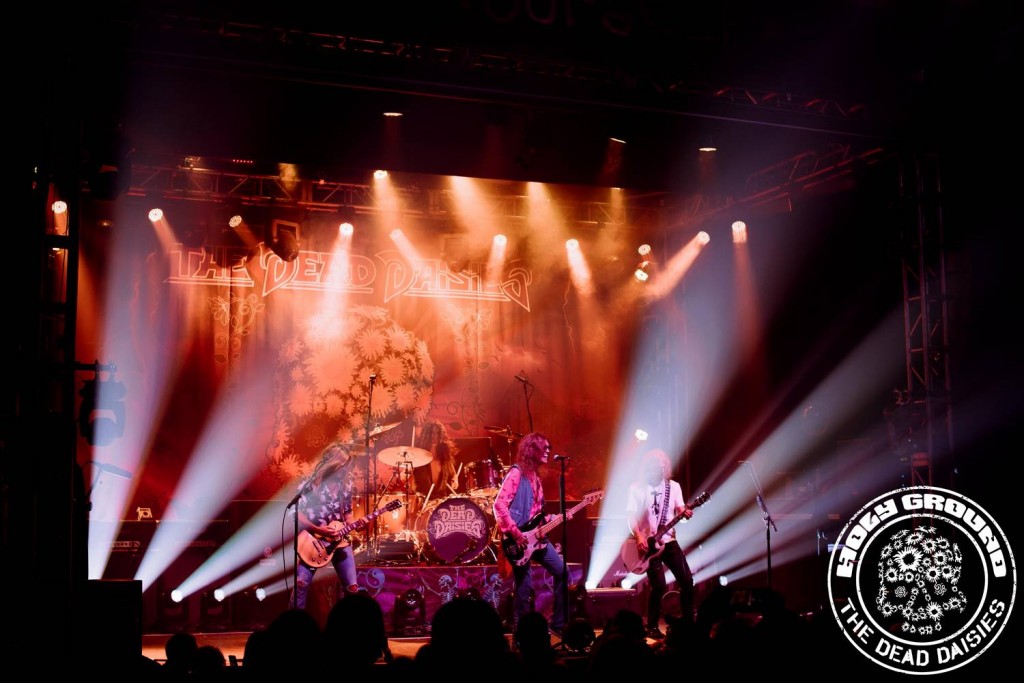 Dallas was the first stop in a short run of Texas shows the band will do over the coming days. The first band Glenn played in was Trapeze, and they carved out a very successful career in Texas in the early 1970’s, so it was no surprise to see a large contingent of fans eager to see The Dead Daisies fronted by Glenn. Pete Right, who took over from Glenn in Trapeze around 1973 came along to the show for a reunion with the man he replaced all those years ago. The concert was in the Granada Theater, a historic Art Deco style building built in 1946. There was a good lively crowd at the show making plenty of noise through nearly two hours of the Daisies set which included favourites like ‘Midnight Moses’ and ‘Like No Other’. At the end of the night a good number of the crowd gathered outside to catch the band before they headed off on the bus. Next stop is San Antonio.