DAISIES SHINING AT THE LOUISVILLE DIAMOND 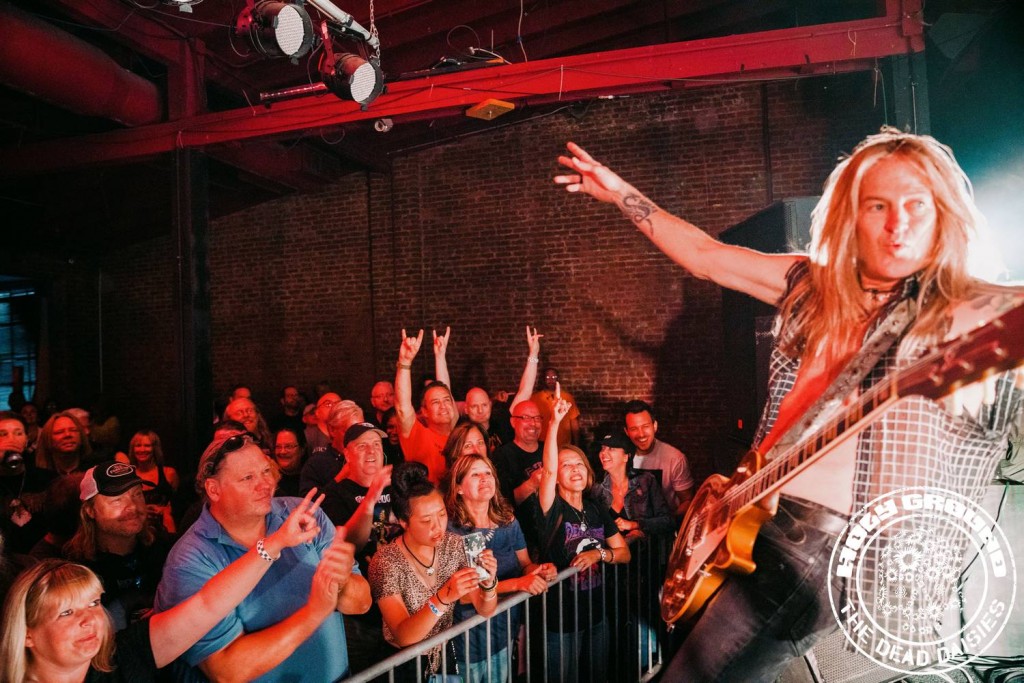 Louisville was the next stop on the ‘Get Out Of The House’ Tour. The band arrived early afternoon and transferred to the hotel where there was a small matter of a major soccer match that Glenn wanted to catch, England v Ukraine. 4-0 to England made Glenn a very happy man. Kentucky is known as the home of Muhammad Ali, the Kentucky Derby and KFC (Kentucky Fried Chicken) and has also been home to Tom Cruise in his younger years and TV judge Nicole Scherzinger who started off her musical career with post grunge Rock band Days of the New. Tonight it was The Dead Daisies turn to leave a lasting impression on the citys music scene. Taking to the stage at 9pm at the Diamond Concert Hall, the band burst into ‘Unspoken’ and made their way through a collection of stellar Rock numbers from the Daisies back catalogue including ‘Rise Up’, ‘Dead and Gone’, ‘Midnight Moses’ as well as a huge slice of the ‘Holy Ground’ album. Rounding off the set with Deep Purple classic ‘Burn’ left the audience wanting more which is always a good way to close a show. Next up is Battle Creek in a few days, but first, its 4th of July celebrations as the US has its biggest annual party of the year.

Share on FacebookTweet
DekiDAISIES SHINING AT THE LOUISVILLE DIAMOND07.04.2021