The Daisies are Masters of Rock 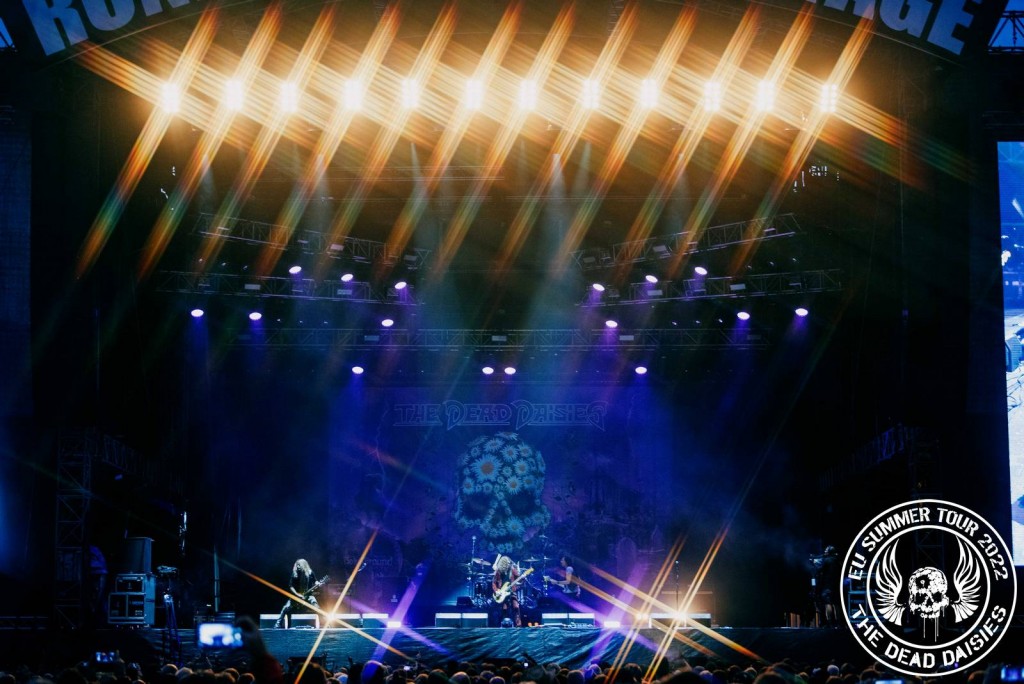 With almost a week off due to the postponement of a midweek Whitesnake show, the band after hanging out in Vienna, had arrived in Czech Republic for their appearance on the Masters of Rock festival.

The band drove from their hotel in Brno arriving at the festival early evening in time for going on stage just before 9pm. As darkness was starting to descend on the massive crowd gathered to watch The Dead Daisies set, the band powered into their show with an explosive start.

Once again, a near 80 minute set encompassing many well known and favourite Daisies tracks like ‘Holy Ground’, ‘Unspoken’, covers like ‘Fortunate Son’ and ‘Burn’ and the first single from the forthcoming album, ‘Radiance’ blew away the audience. That would be a hard act to follow for those attending the weekend fest. Next up is Poland.

Share on FacebookTweet
DekiThe Daisies are Masters of Rock07.09.2022