The Daisies LIVE on FOX 2’s 9AM Show! 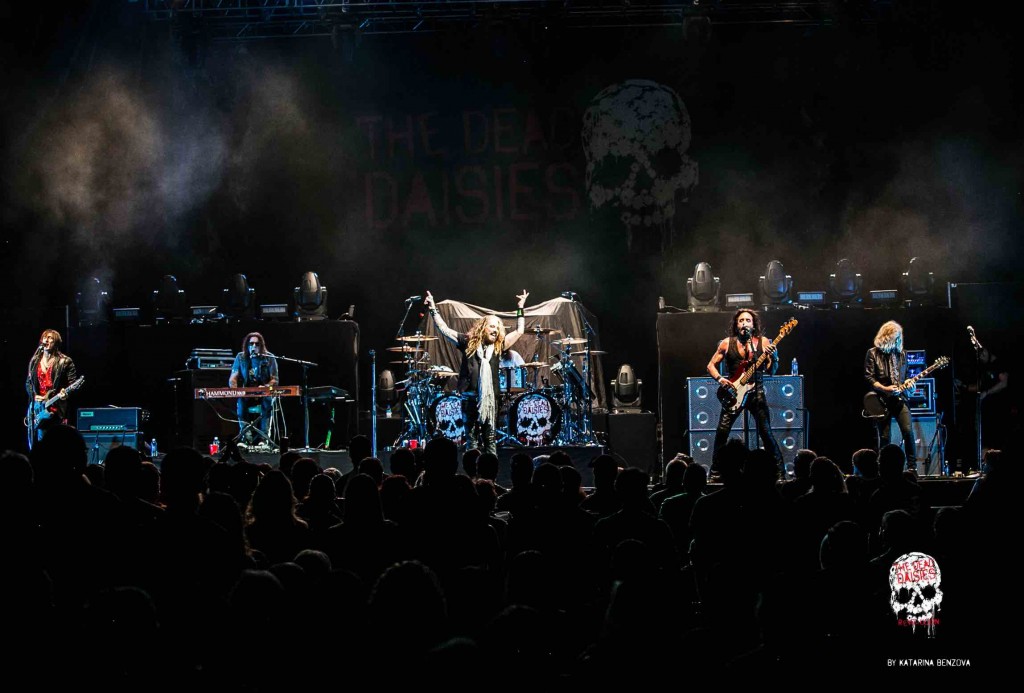 Guitarist Richard Fortus appeared on his local TV station FOX2NOW St Louis along with The Dead Daisies frontman John Corabi and bassist Marco Mendoza on Monday morning. The band were appearing to promote their new album ‘Revolución’ and talk about their performance at the Family Arena on the Sunday evening.

Presenter Kim Hudson asked them about their visit to Cuba earlier in the year and Marco and John described details of their experience and in the case of John, always with a sense of humour.
Richard talked about his delight at having his daughters at the concert the previous night and how he always had seen himself making it to the position he now is in as a rock guitarist.