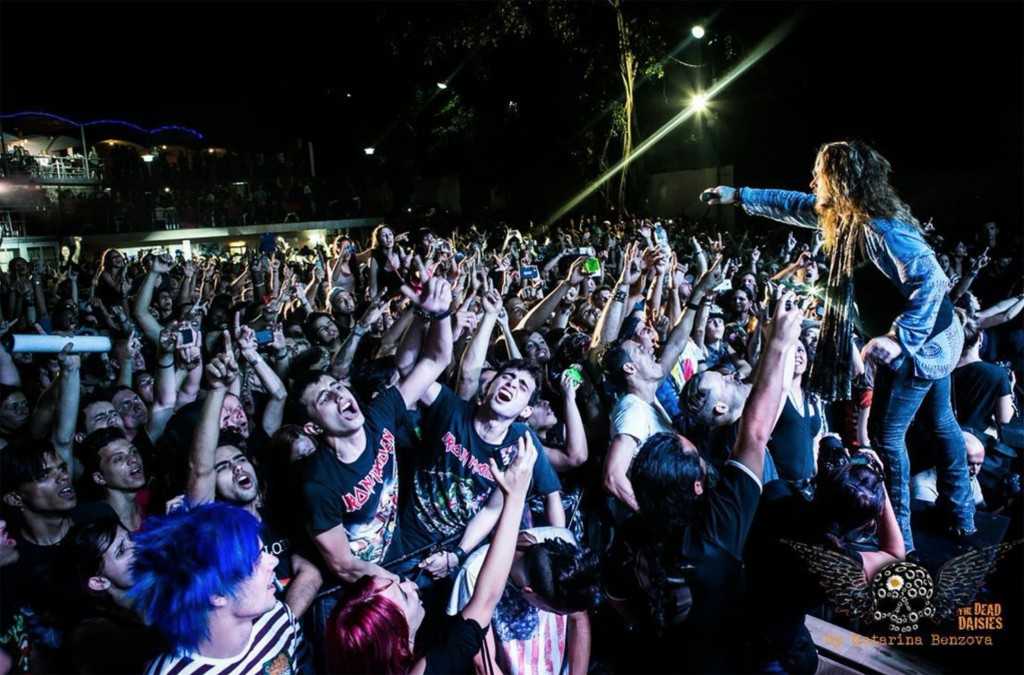 The Heart of Rock N’ Roll is found in Cuba.

After a historic week for both for The Dead Daisies and Rock n’ Roll, Cuba has become slightly hushed, while members of both the band and friends return home and reflect on a life changing experience.

From touchdown at the start of the week right through to departure, it was a week full of experiences, happenings and events. 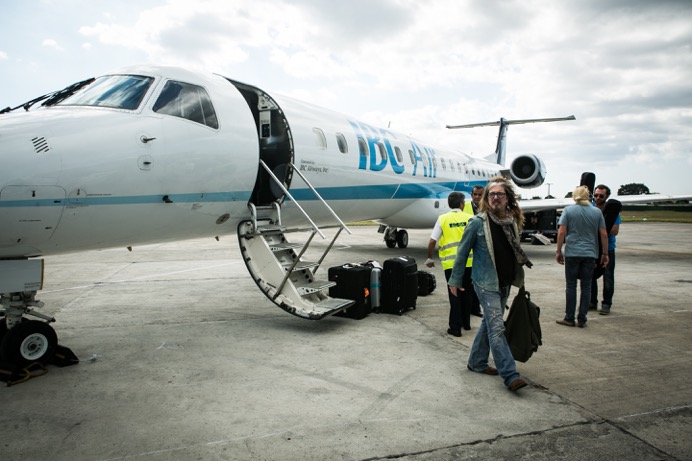 On the first day the band would visit Abdala Studios where they jammed with their travelling friends John Corabi, Darryl Jones and Bernhard Fowler and met a group of very talented Cuban musicians. 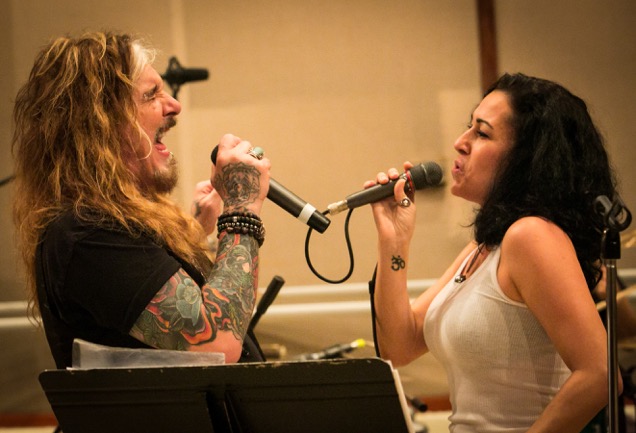 The band opened the second day with a media conference in Havana announcing the cultural exchange and concerts and then went straight into the studio working with some amazing Cuban musicians for their first Cuban Session. They also got a chance to take in some local sights too! 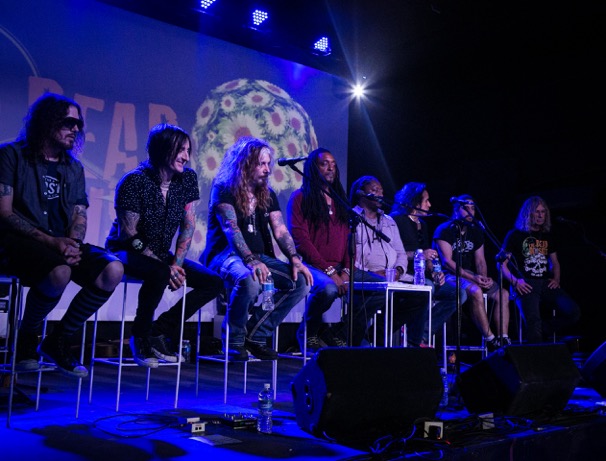 Day three was show time and the first time the boys would experience the love and atmosphere from the Cuban audience. The bands manager Dave Edwards described the night as “the most freakin’ amazing show” and that it was “Special, like once in a lifetime special.” The band rocked to a sold out crowd at Havana’s Maxim Rock club, located on Plaza de la Revolucion in the heart of Havana. They needed security to help them get from the bus to the venue due to over capacity with masses of people outside, all desperate to catch a glimpse of The Dead Daisies. The walls were dripping with sweat as the Cuban fans lapped up the rock n’roll bursting from the stage. 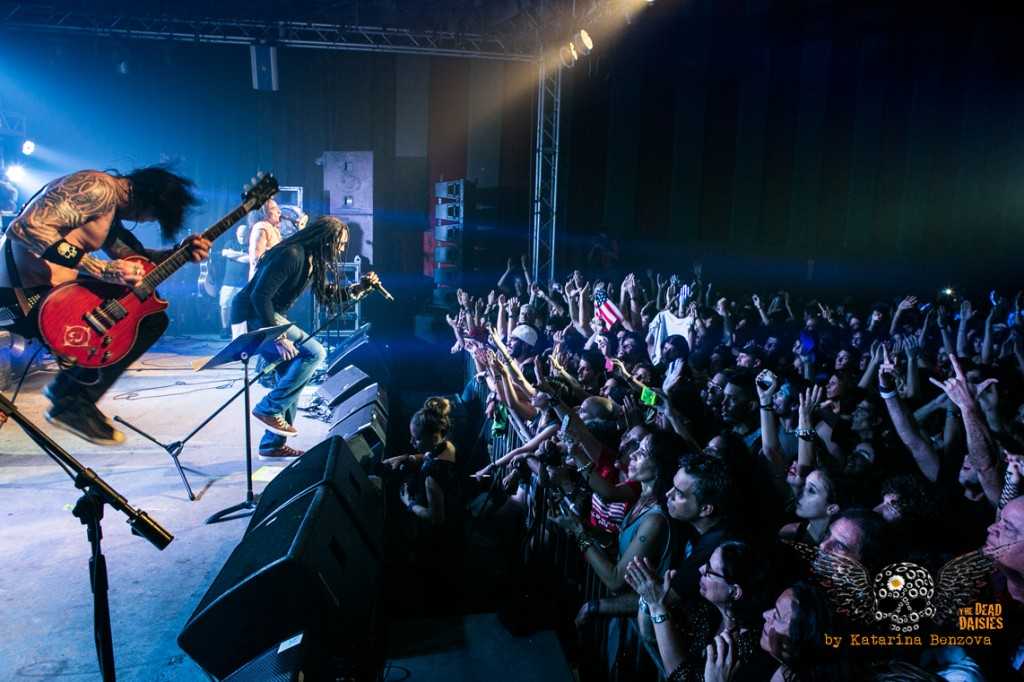 After a night that will go down in The Dead Daisies history, the boys spent the remaining time leading up to the main ‘Concert for Peace’ viewing the sights and visiting the National Institute of Music where young Cubans excel in their musical studies. The band were treated to a variation of musical performances including classical and jazz and then some of The Dead Daisies collective like Darryl Jones from the Rolling Stones imparted some advice to the youngsters before another impromptu jam led by Marco. 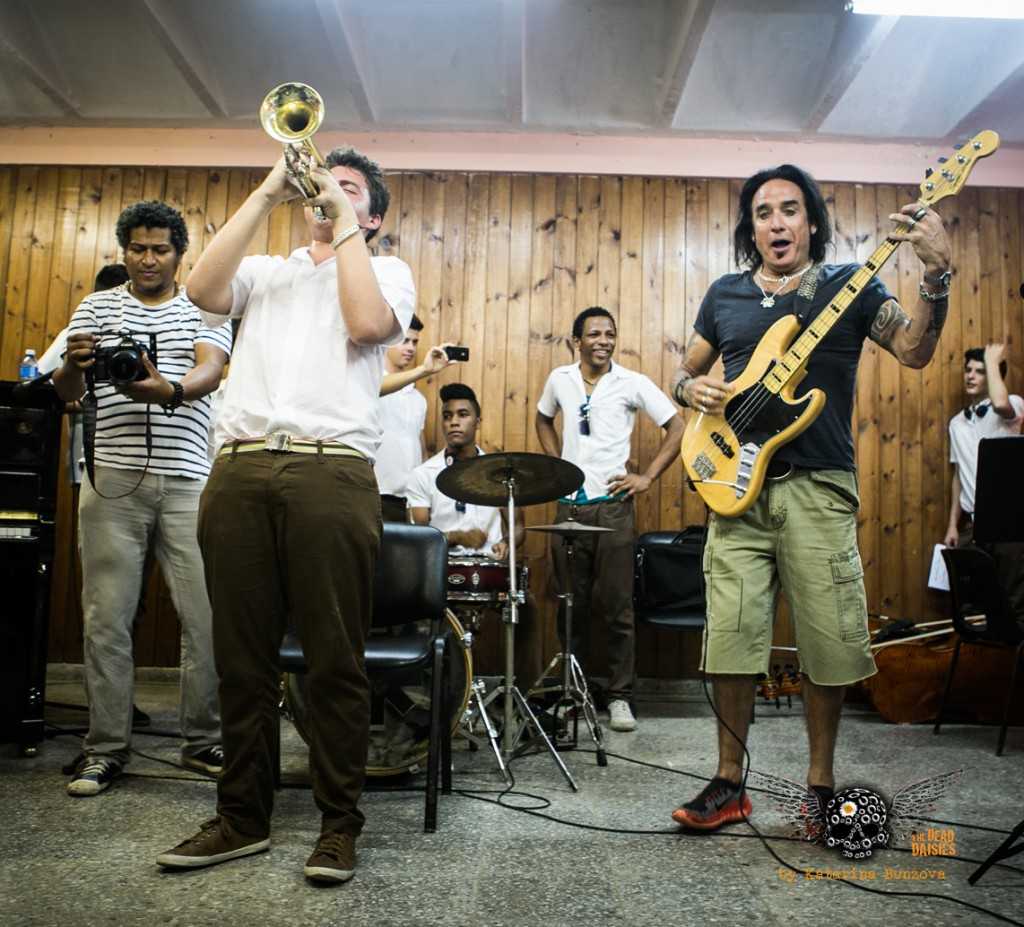 A visit to the studio for some new recordings with producer Ben Grosse as well as more rehearsals with the amazing Cuban musicians and then the band were ready to celebrate the end of their Cuban adventure in style at the Concert for Peace in front of a packed out audience in the open air. 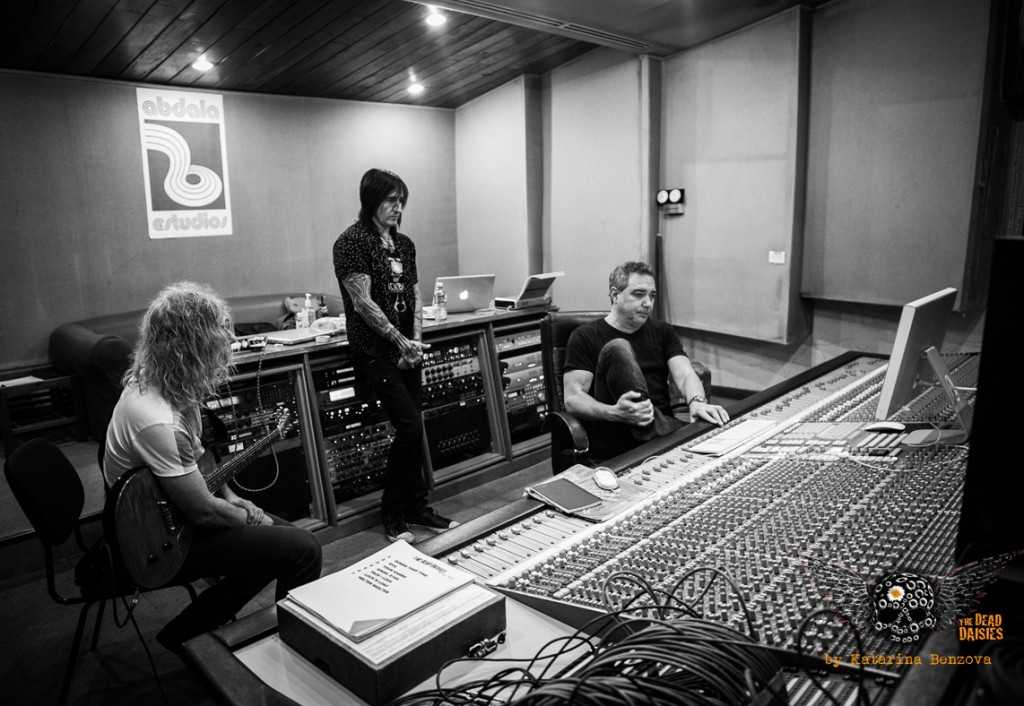 The EPIC final concert in Cuba, Roc Por La Paz at the legendary Salon Rosado De La Tropical, the cathedral of Cuban music! Another night that will be remembered by The Dead Daisies forever. Over 6,000 Cuban fans came out to ROCK at the show in Havana where the band played an amazing set aided by the Cuban musicians. 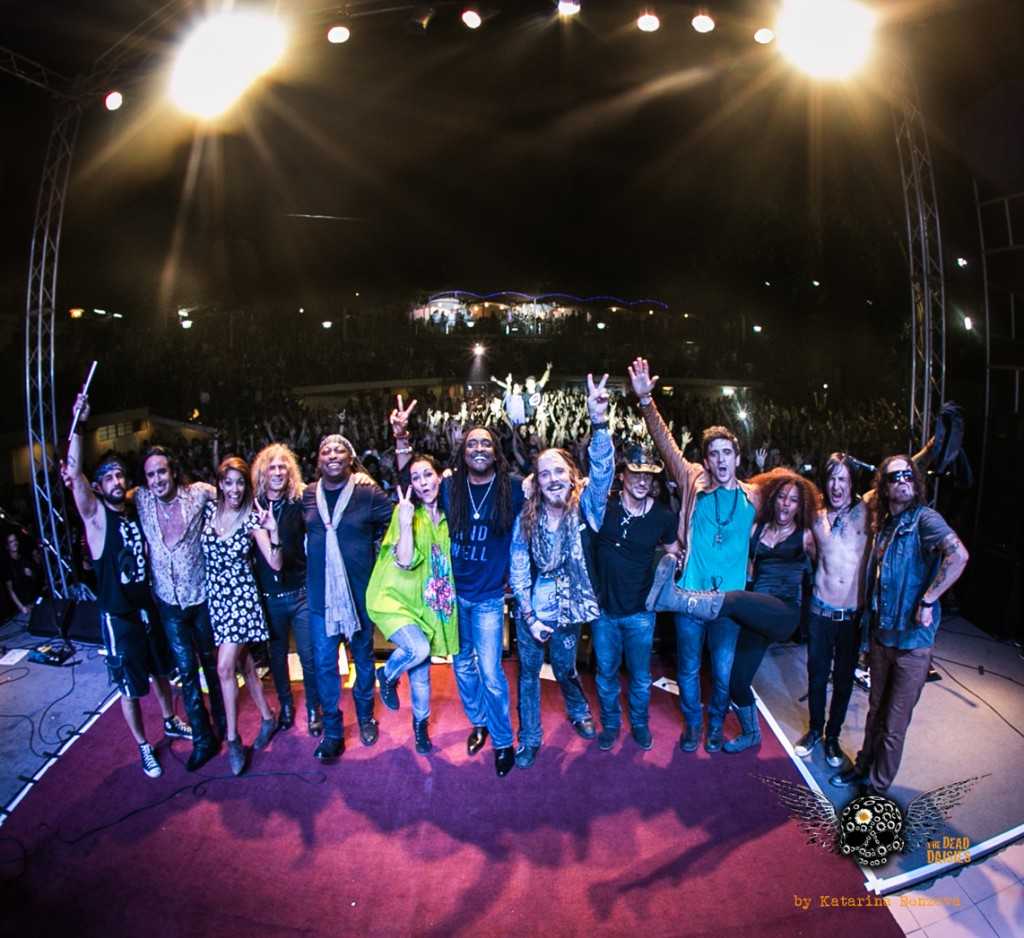 In a week that saw members of the band jam with Cuban musicians, visit schools and mix with young musical talent, play to sold-out audiences and experience the whole vibe of Cuban life, The Dead Daisies had this to say of their experience.

Marco Mendoza who hails from a Spanish speaking background felt very much at home with both the people and the place. “As I Walk into my home in L A, I have to pause for a second and realize what just happened!! I have so much to be Grateful for; we live in a world of Abundance!!  From the minute we hit the ground in CUBA we were all running in so many directions!! Exciting!!  Challenging!! But a Blast!  Surrounded by People their hospitality and their Enthusiasm and their energy!!   Magical, Heart warming and sometimes heart breaking!! But he people of Cuba are People of Substance driven by Passion, love and respect for humanity and the arts!! And sharing the experience with some of the most Talented People on The Planet was definitely a highlight of my career!!  Can’t wait to go back!!  ADIOS CUBA!! NOS VEMOS PRONTO!!  See you Cuba!! We will see you SOON!!” 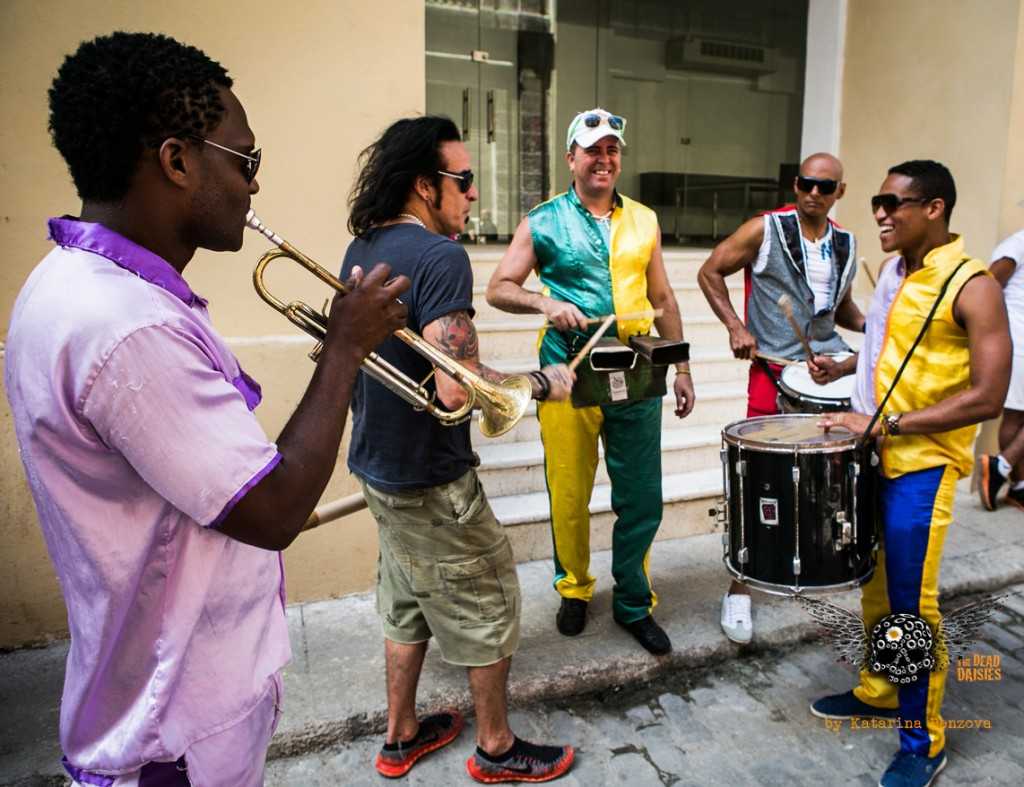 David Lowy enjoyed everything about Cuba and would like to go back soon, “The week in Cuba was unbelievable, and it was one of the best musical experiences of my life. The Cuban people are wonderful and it was a privilege to share the stage with such talented Cuban musicians, music lives in their hearts and souls, it was an amazing experience and I can’t wait to go back.” 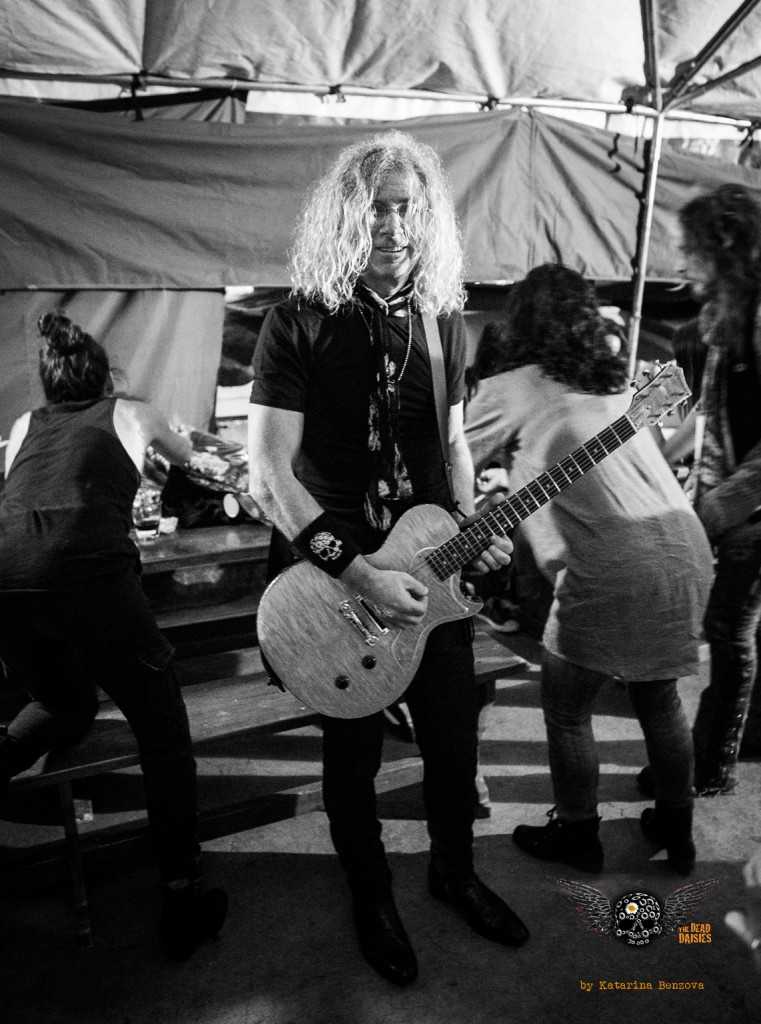 Lead guitarist Richard Fortus realized some lifetime ambitions on the trip. “Our experiences in Cuba were ones that I will never forget.  It was such a dream come true to not only experience the beauty of Havana and the talent of the Cuban musicians, but also to play for the amazing rock fans in Cuba.  The one thing that I had never dreamt was that we would be so graciously welcomed.  The shows were some of the best that we’ve played as a band.  I hope that this is only the beginning of our relationship with Cuba.  Thank you to all that made it so special for us.” 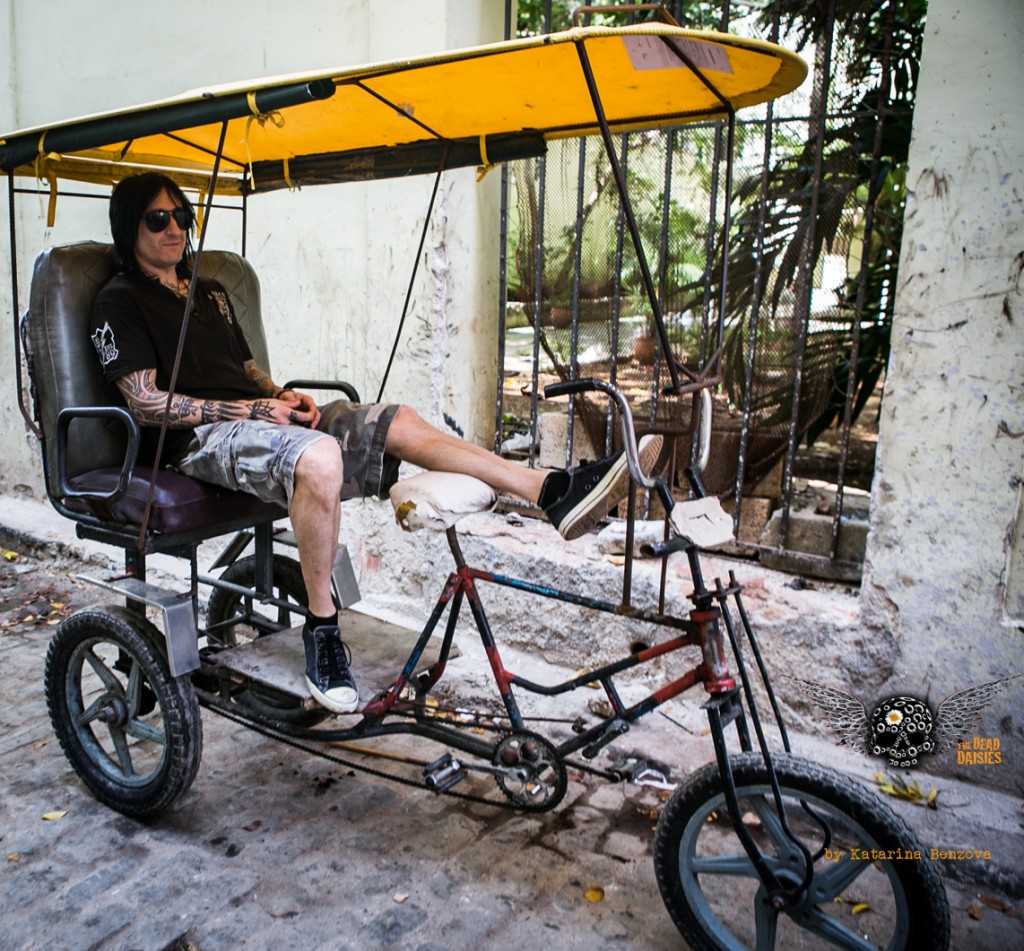 Dizzy Reed reflected and enjoyed Cuba in his own unique way, “Rock and Roll is not dead. It is for sure alive and well and while no one can predict the future of anything including the fate of rock and roll music, we can reflect on the past and share our most recent experiences. So with great enthusiasm and overwhelming emotion I am happy to report to rock and roll fans around the world- rock and roll in Cuba kicks ass!!! Thank you to everyone in that wonderful country for a fantastic week. Cuba Libre!!!!!  Your new amigo……. Dizzy Reed” 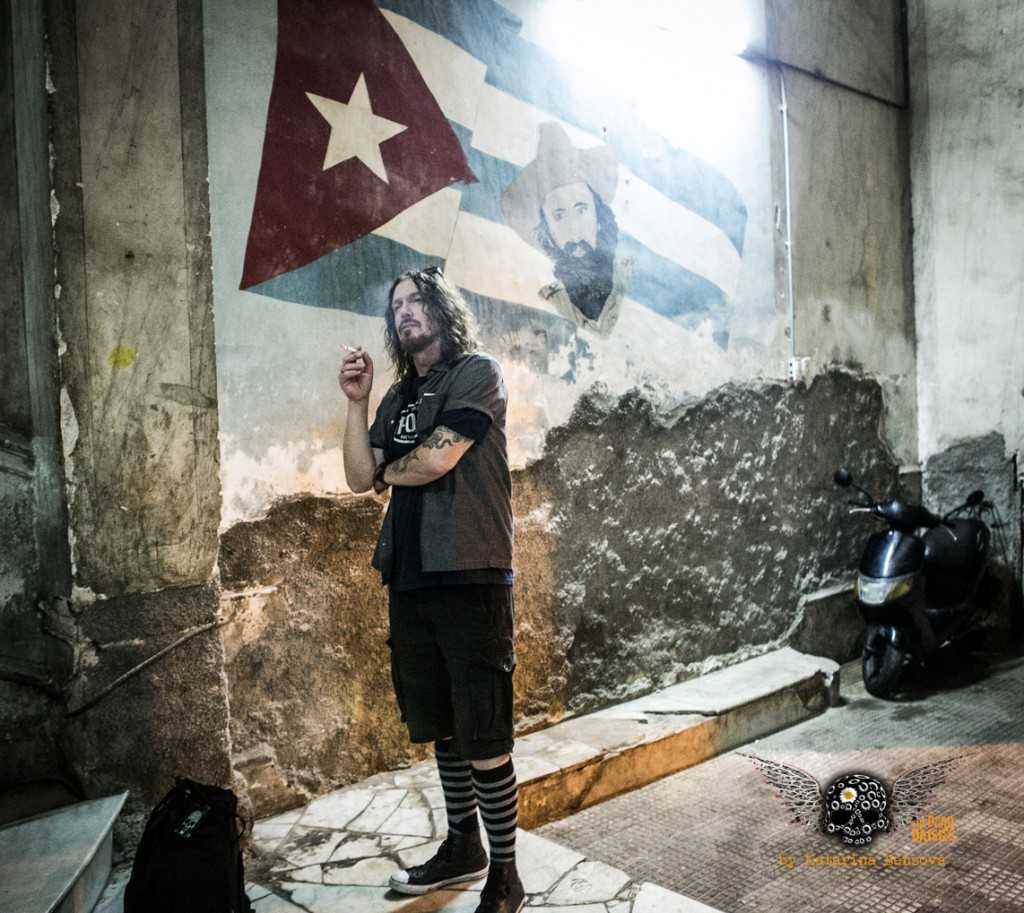 Brian Tichy who immediately locked in with the Latin rhythms and players reflected on the experience in only the way that he possibly could, from another dimension! “It’s so weird… I got home and the first thing I did was starting cubing ham…  then I started multiplying everything by itself and then itself again.   Yes. I was Cubing.  Then I was making drinks for friends.  I’d always put extra ice Cubes in … and I got great enjoyment from this.  I was laughing all silly and 1/2 insane … I’d say to them… “How’s about another Cube!!!!  HAHAHAH!!!!”    I thought I was losing my mind….  But that was right after I applied for a job at Jiffy Lube!   It got one step weirder when my friend said …  “Hey!  Let’s go swimming!” I said … “Hell yeah, for sure!  Can we SCUBA!!”  I also got this uncontrollable desire to buy a Tuba…   now that threw even me off!  It was until I realized.   Whoa!!!!  That rhymes with Cuba!   So…. I’m not sure what exactly happened there.  Must’ve been too much time in the cigar-smoke-infested  bar drinking Cuba Libra’s with Dizzy…   But all in all, I am proud to have gotten to be a part of a trek that not  many have trekked…    You guys are all cool…  Hope to see you, jam with you, hang with you all soon.  I am not hard to get a hold of for just about any reason.   Just remember this one important thing:  Kick Undeniable Behemoth Ass!!!!  Yup! C.U.B.A.!!!!! But seriously, “I had a great time in Cuba. What an experience!  Mainly, everyone there was so kind and accommodating! It’s times like these you are reminded how cool it is to be a musician. It transcends all boundaries. You are part of something that relates to many people, no matter where. To be drumming in The Dead Daisies and get to be one of the only bands to every go to Cuba and put on 2 concerts, visit music schools (where we all got to witness SERIOUS talent), answer questions regarding thoughts many locals have, jam with great musicians live and in the recording studio, record tracks while there, and experience the culture, sounds , food, drink, and overall lifestyle all within 8 days in pretty darn cool! I hope to do it again someday! 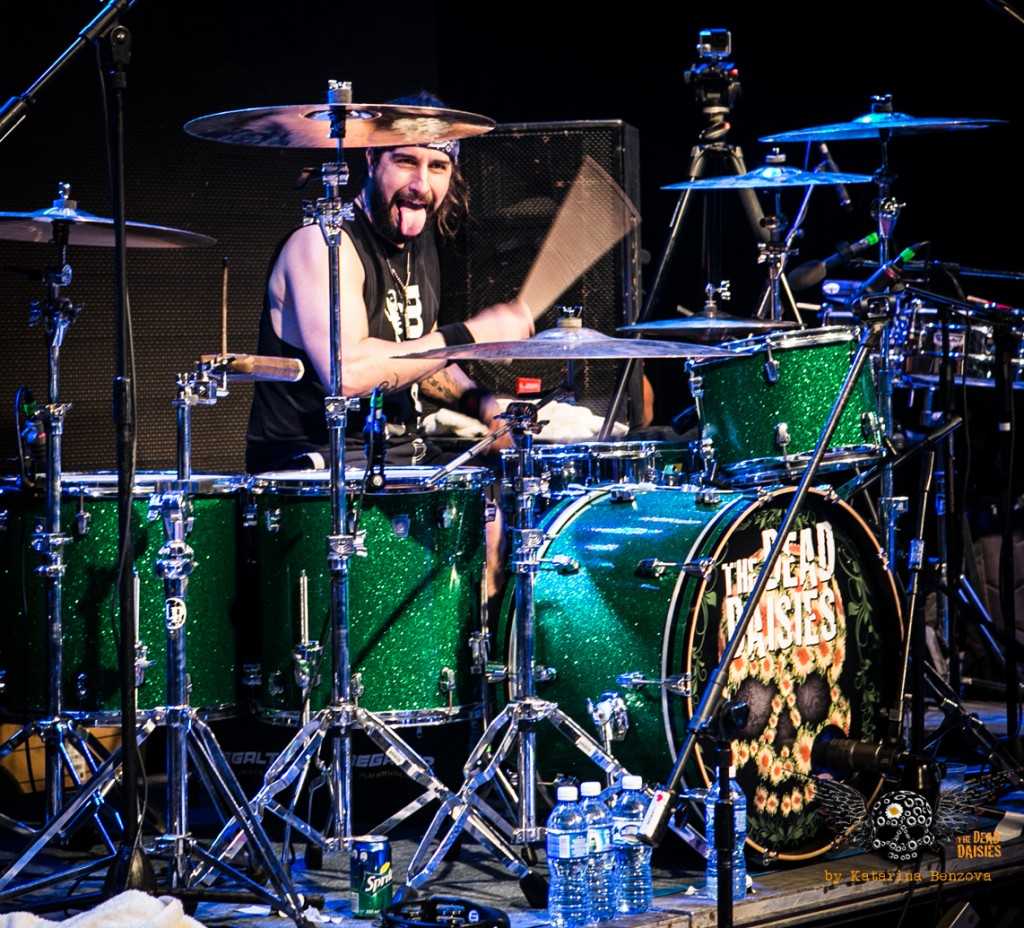 First time traveller with The Dead Daisies, John Corabi loved his first experience with the band in such a wonderful setting; “Wow, Cuba!!!! I had an amazing time. Every person I met was so fantastic! Whether it is the bartender at the studio or hotel, Government people, or the musicians themselves everyone was truly beautiful to us all! All of the musicians I met were so dedicated to what they do, and just LOVE music entirely. I hope to be able to go again to play, and I’ve already told my wife we MUST go visit together as tourists!!!” 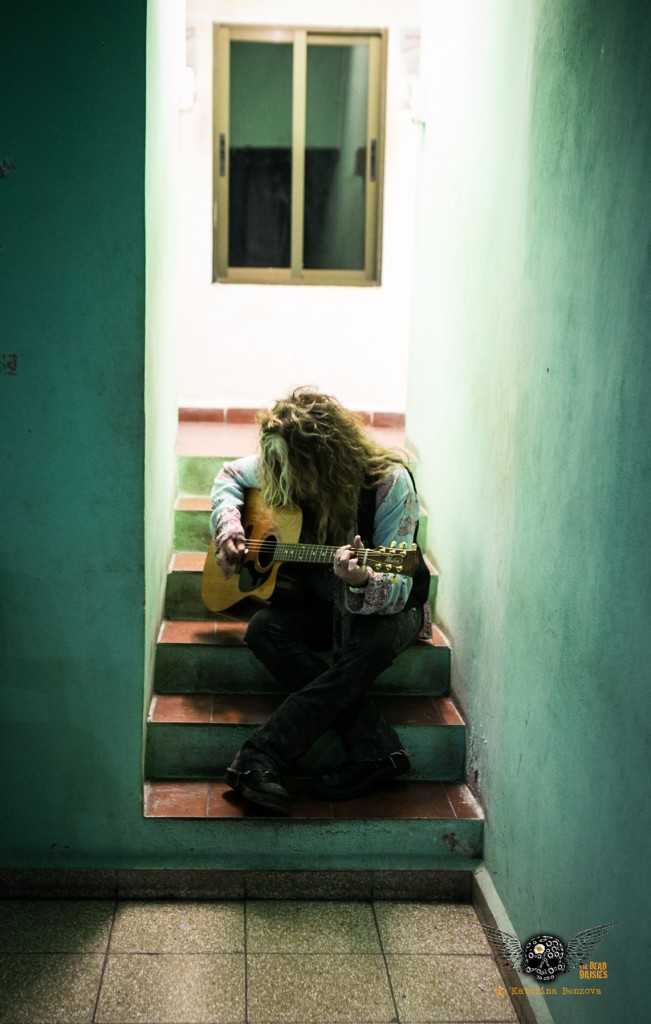 Darryl Jones who rejoined the band for this brief trip loved his time in Cuba, “I am very happy to have been a part of this historic trip to Cuba.I found in the place and people a deep love and respect for music,art and culture.The audiences were among the most attentive,well informed and fervent I’ve ever performed before.In Cuba,artist of all kinds are encouraged,educated and held in high regard and they are very excited about the exchange of creative ideas from musicians/artists from the US and the rest of the world.The warm welcome I received and kindnesses I experienced while there demonstrated these thoughts and feelings. I loved being there sincerely look forward to returning soon.” 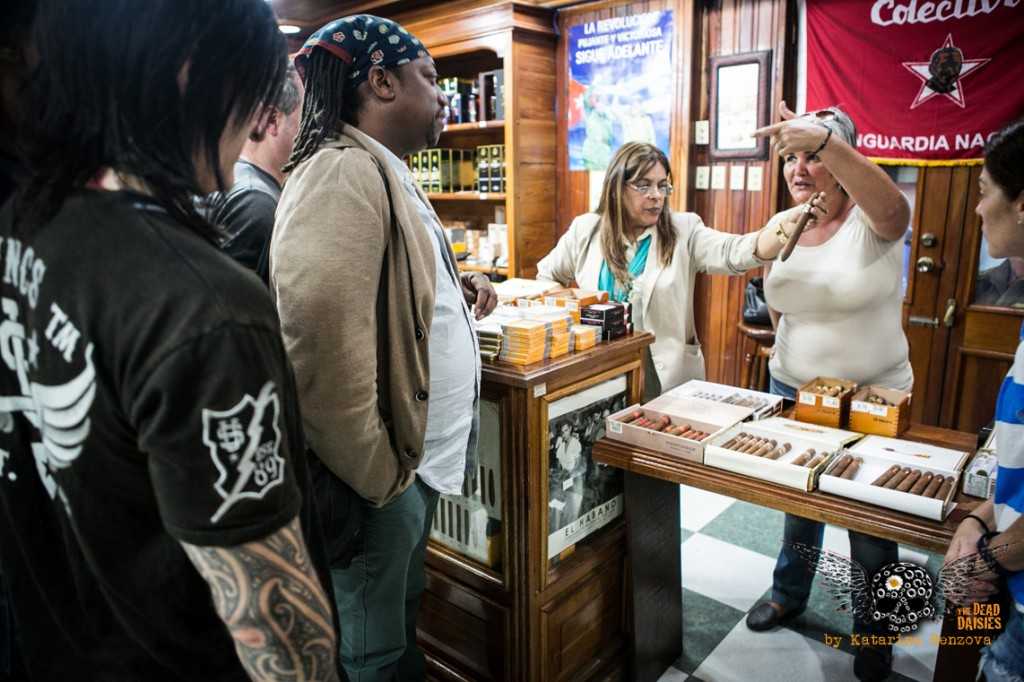 Darryl’s fellow Rolling Stones band member Bernard Fowler, along for the first time immersed himself in the culture, even trying a Cuban cigar. He loved his time in Cuba. “From the time we landed till the time we left we were given so much love. The enthusiasm and just pure joy for the music was infectious. The Cuban spirit is a live and strong and what an honor to share this experience with such talented people I got Cuba in my blood can’t get back soon enough. Rice and black beans anyone? Hell yeah!!!” 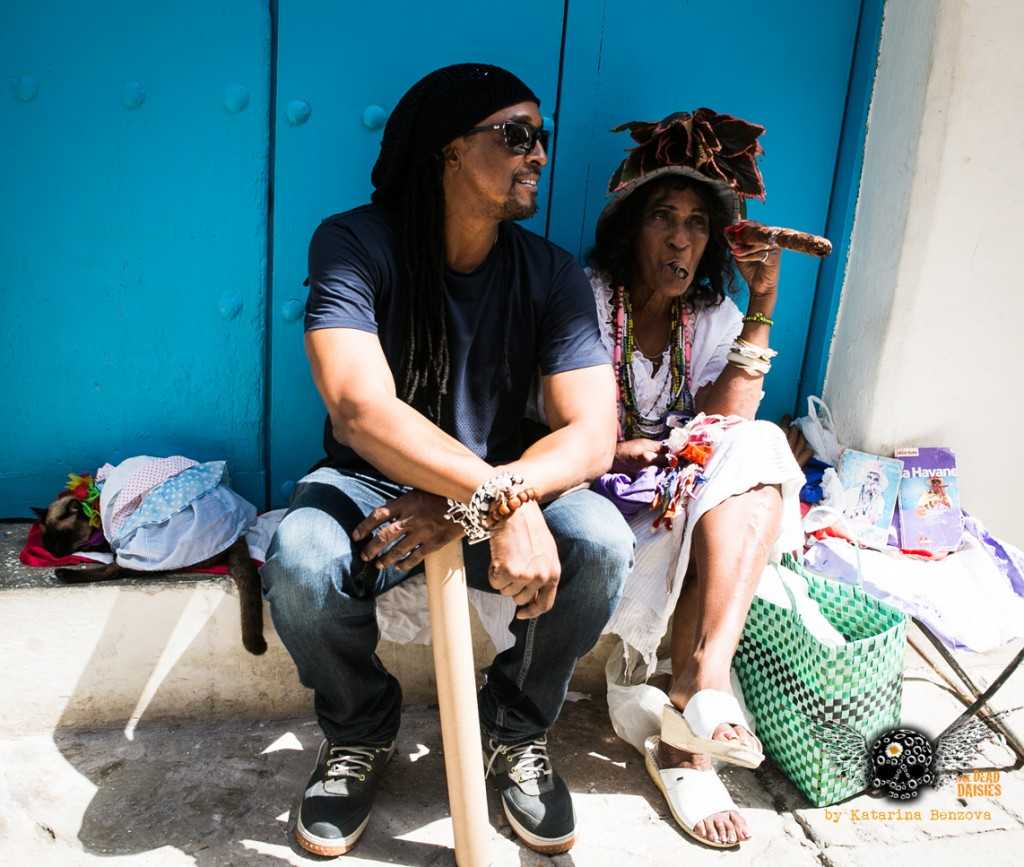 Rock photographer Katarina Benzova who continues to tell the story of The Daisies through her lense found herself in a picture paradise. “Cuba definitely left a mark on all of our lives. We all left with piece of happiness and sunshine in us.

Havana was incredible. The food, people, architecture and just the general vibe. It was an above amazing experience. I fell in love with the culture and the hospitality of the Cuban people. Music was spectacular and the musicians super talented. I think it was my strongest music experience was when The Dead Daisies jammed with local Cuban musicians, they love their rock and they just love music. We saw that on both of the shows that were definitely the best ones TDD ever played and I think because people gave out an amazing vibe & energy that the guys could feel on stage.

Unbelievable and breathtaking. That’s all I can say

I can’t wait to come back hopefully sooner then later.”

So, there you have it, an adventure and experience of a lifetime that everyone should take the opportunity to immerse themselves in if they have the chance. The Dead Daisies will now head to the studio to create a new masterpiece for the next stage of their musical journey.