CLOSING ON A HIGH NOTE AT THE BLUE NOTE 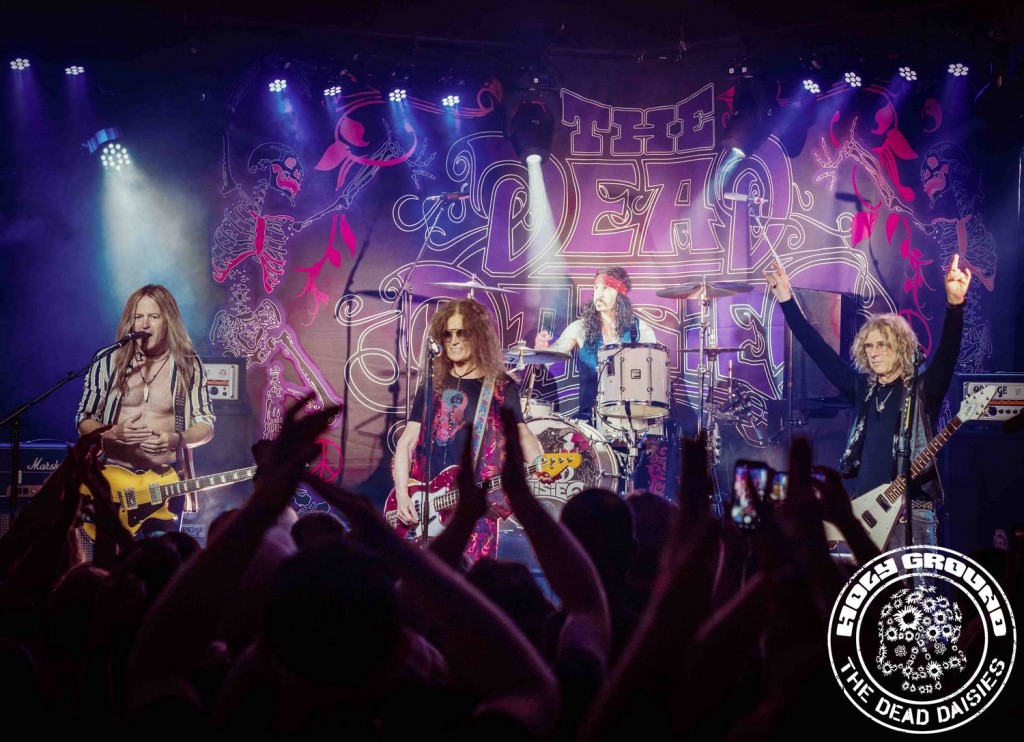 Harrison, Ohio was the last stop of the ‘Get Out Of The House’ tour, and it’s safe to say, a very large number of people did exactly that with every venue packed to capacity. The Blue Note was the venue to bring down the curtain for The Dead Daisies first set of shows in over two years. The band used the bus to warm up and get ready for the show, but first, they did a live Facebook question and answer session with fans around the globe. Like every show, the audience were loud and lively and couldn’t wait for the band to hit the stage, and hit the stage they did in full force! Powering into the set with guitars cranked up, crashing drums and thunderous bass pounding, ‘Holy Ground’ sounded bigger than it’s ever been, while older numbers like ‘Long Way To Go’ took on a new life with this line-up. After an encore including Deep Purples ‘Burn’, the band exited the stage for the final time this tour then hung around with fans, signing and chatting with them before heading home on the bus. It won’t be long before the band are back on the road once more, working their way through the US on the September and October leg of the ‘Like No Other’ World Tour! Time to recharge, but The Dead Daisies will be back, bigger and louder than ever!

Share on FacebookTweet
DekiCLOSING ON A HIGH NOTE AT THE BLUE NOTE07.11.2021