CHATTANOOGA GOES WITH A BANG! 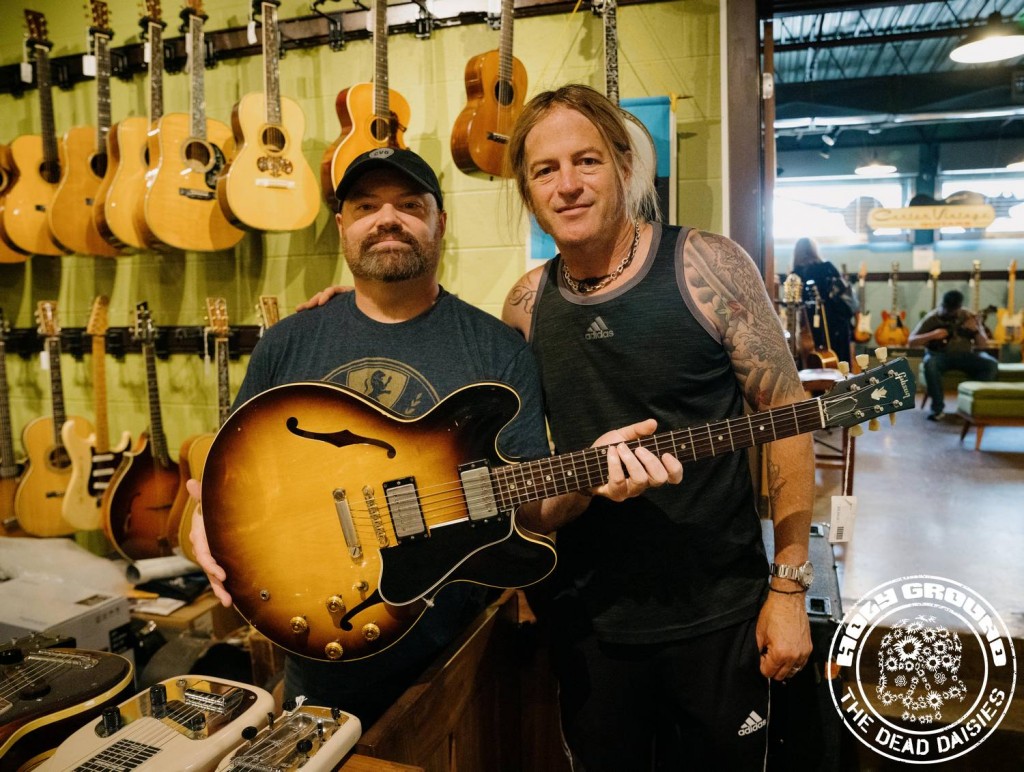 The third show of the tour was on the horizon, this time in Chattanooga, Tennessee. Before taking flight from Nashville, Doug made a quick detour to Carter’s vintage guitars. After being closed yesterday, it was open today. Adam the owner showed Doug around the store and gave him the most expensive guitar they had to try, a $325K 1960 Cigarette stained Les Paul! After the short flight from Nashville to Chattanooga, the band headed to the venue where Doug discovered a shower room backstage with great acoustics, look out for Shower Jams coming soon! When showtime arrived at 9pm, the venue was packed once more. The band are getting into their stride, and as soon as they hit the stage you could feel the wave of music and emotion burst out as ‘Unspoken’ cranked out of the speakers. The audience were loving every minute of this show, and even a PA blow out mid set couldn’t dampen their spirit. Another successful night for The Dead Daisies with six more shows on this tour to go. Time for a few days off before it all cranks up again in Detroit!