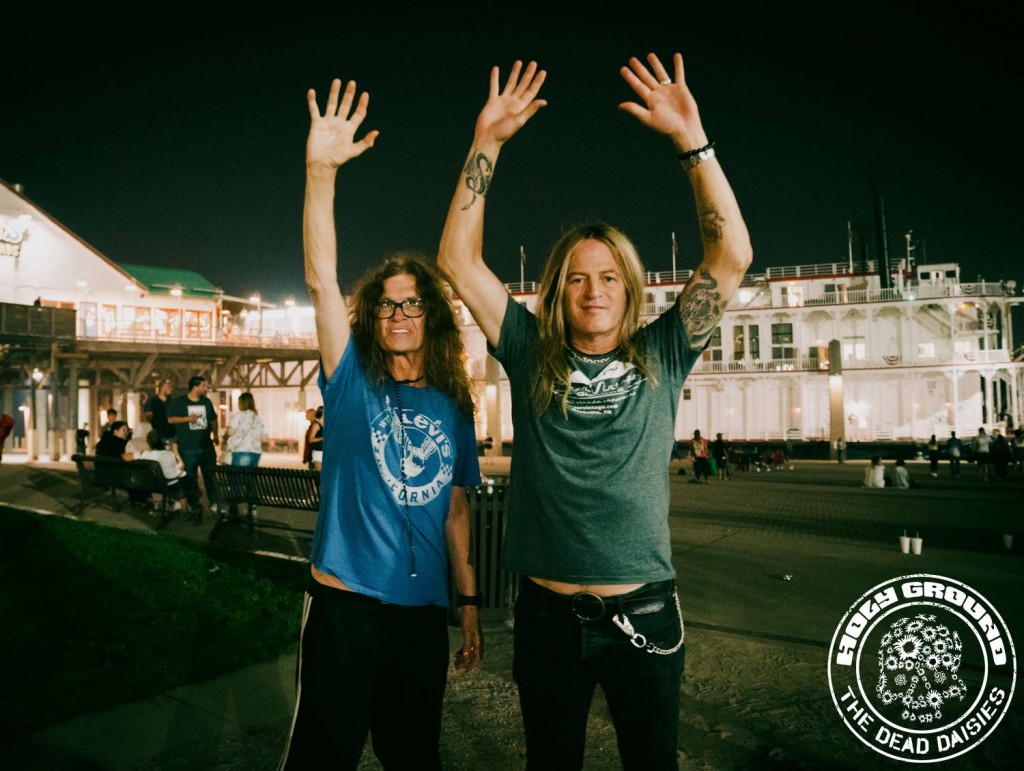 July 4th is the biggest and most celebrated holiday in the US, so the band who are in between shows made the most of the holiday as well. Currently in Louisville before heading to Battle Creek for the next show on Wednesday, Doug and Glenn went exploring the city during the afternoon. One of America’s biggest and popular stores Target had plenty to keep Doug amused. He stock piled some fireworks to have a delayed 4th July display with Ruby and Ryder when he arrives home and practiced his basketball skills in the aisles! In the evening they headed for dinner at Joe’s Crab Shack before taking a walk down to the Ohio River where the main city firework display was happening for the celebrations. With the traditional river boat below and the explosion of colours above, the setting was magical and the display was stunning.