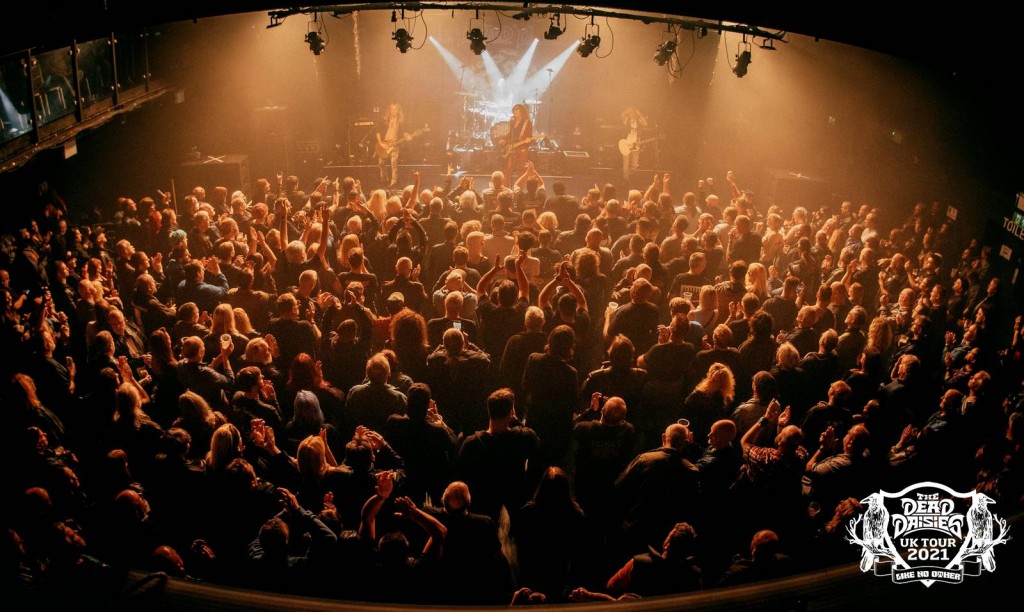 The final curtain for 2021 went down in Cardiff last night in a year that although has had its challenges, it has also had as many triumphs. Finally being able to return to the road after nearly three years has created a great feeling among the band and the show felt like a party with even Marco turning up to say hello. GUN opened with a great set to get the atmosphere going in front of another packed out crowd before the Daisies took to the stage and really got the party into full swing! The audience were treated to a back to back list of some of The Dead Daisies favourite tracks from ‘Rise Up’ and ‘Dead and Gone’ to ‘Long Way to Go’ and ‘Lock N’ Load’ through to the latest popular songs like ‘Holy Ground’ and ‘Like No Other’. Once again Glenn, Doug, David and Tommy gave everything with the sole purpose of making everyone go home with a huge smile on their face which they did and more. It is now time to head home to family and friends for a well earned rest before it all starts again in 2022!