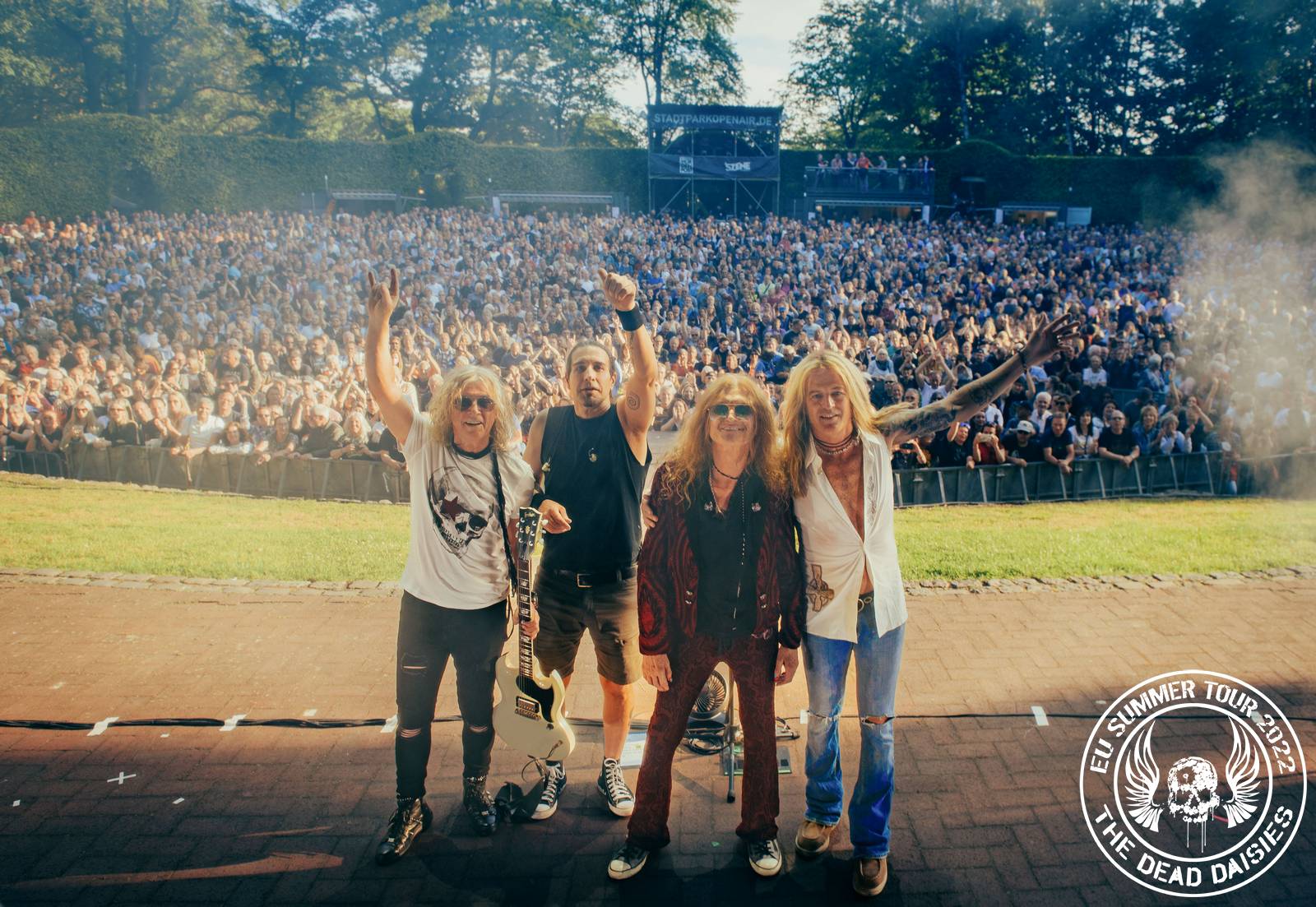 It’s been a long time coming, but finally the first chords were strummed and the opening song blasted into the open night of the Hamburg sky. The Dead Daisies are finally back on the stage where they belong and Europe is happy.

Playing at the open air arena on a sunny evening in Hamburg, this is the first show playing with Foreigner, another band that are glad to be back on stage.

Glenn led the band through a rousing set of hard hitting numbers including latest single ‘Radiance’ and crowd favourite‘ Burn’ along with a healthy dose of songs from‘Holy Ground’ while Doug moved around the stage taking his soaring guitar solos down to the front while handing out picks to some young fans at the barrier.

The band are already on fire and this is just the start. Europe are going to see a band who are powering on all cylinders as they move across the continent. If you can get a ticket, don’t miss this live spectacle!