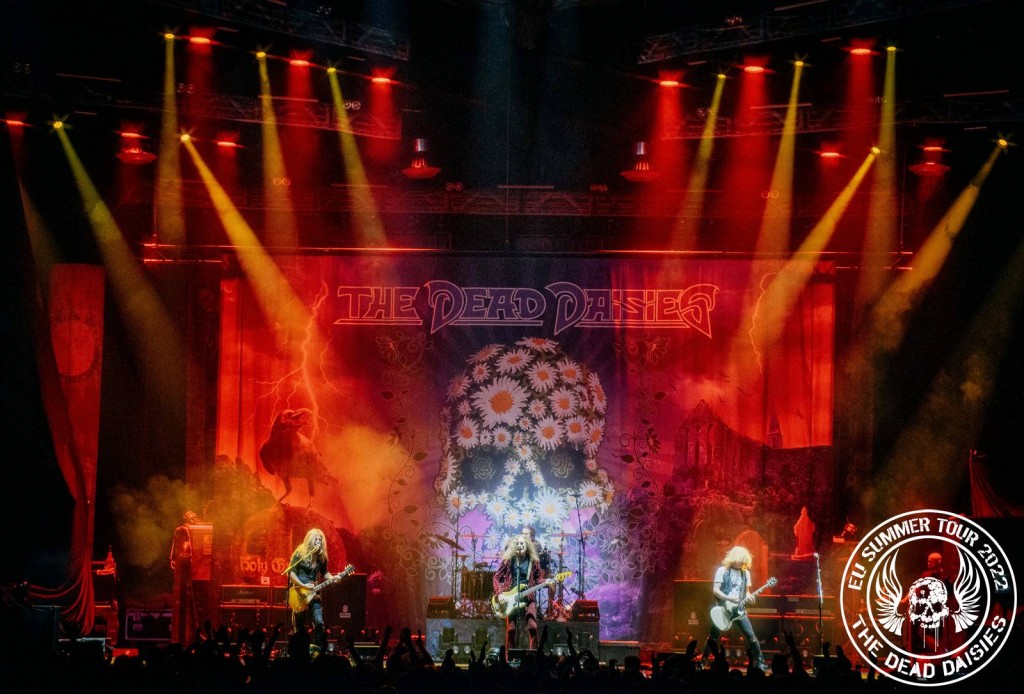 After a day off on Sunday, the band arrived in Budapest, Hungary for a Monday arena show with Judas Priest.

David was back ready to rock this massive crowd inside the Budapest Arena who may have initially came to see Priest, but within the opening chords of the first song were already cheering and shouting for The Daisies.

Glenn is a master of working a large crowd, and with songs like ‘Holy Ground’ and ‘Bustle and Flow’ it makes it easy to win new fans and get the returning ones excited. With the well restored twin guitar attack of Aldrich and Lowy, the sound coming off the stage towered above the audience. For those there tonight that were not aware of the band before, there was very huge impression left and a large number of new fans leaving the arena after the show. The band continues on the road with Priest for the next few shows.