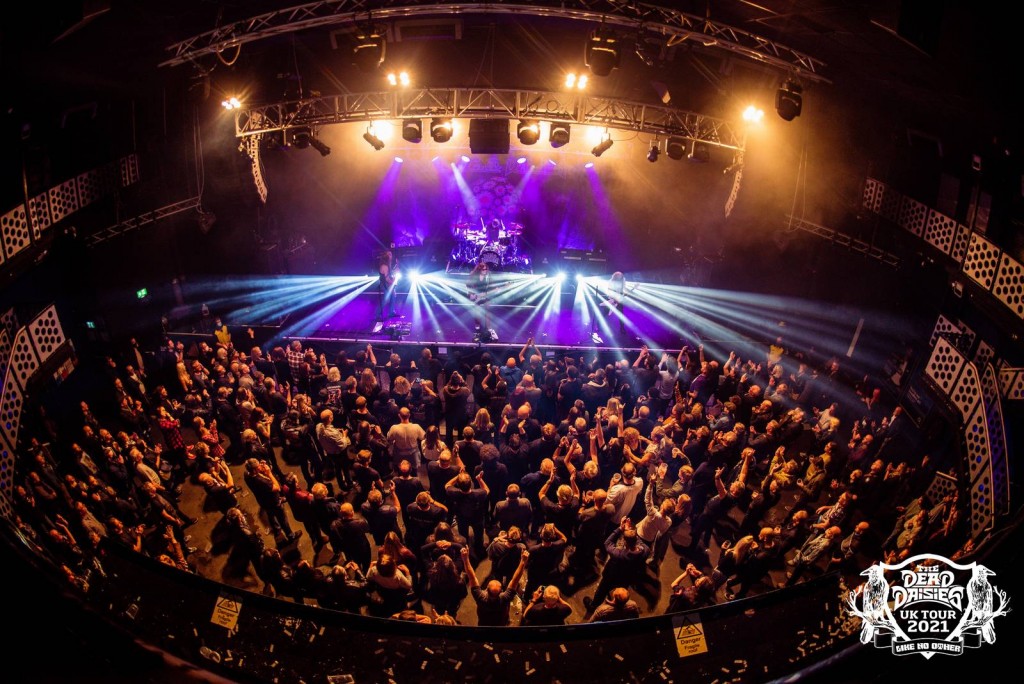 Known as a bit of a university city, Bristol came out in force to watch The Dead Daisies rock the O2 Academy last night! Leading up to the show, Glenn had a wander around parts of the city and walked up Golden Hill where he could see most of Bristol. After visiting some of Bristol University, it was time to get ready for the gig. As the atmospheric intro kicked in, you could feel the anticipation and excitement of the audience who had been waiting to see and hear the new Daisies music live for a long time, well over three years, and the complete lack of live music for eighteen months made the desire even stronger. The night was electric, and the young lively crowd jumped and sang all night from the moment The Quireboys went on stage early until the Daisies final number at 11pm. The band had a drink with some fans after the show before heading back to the hotel. Next up, another university town, Oxford.