ON THE BLUE RIDGE ROCK 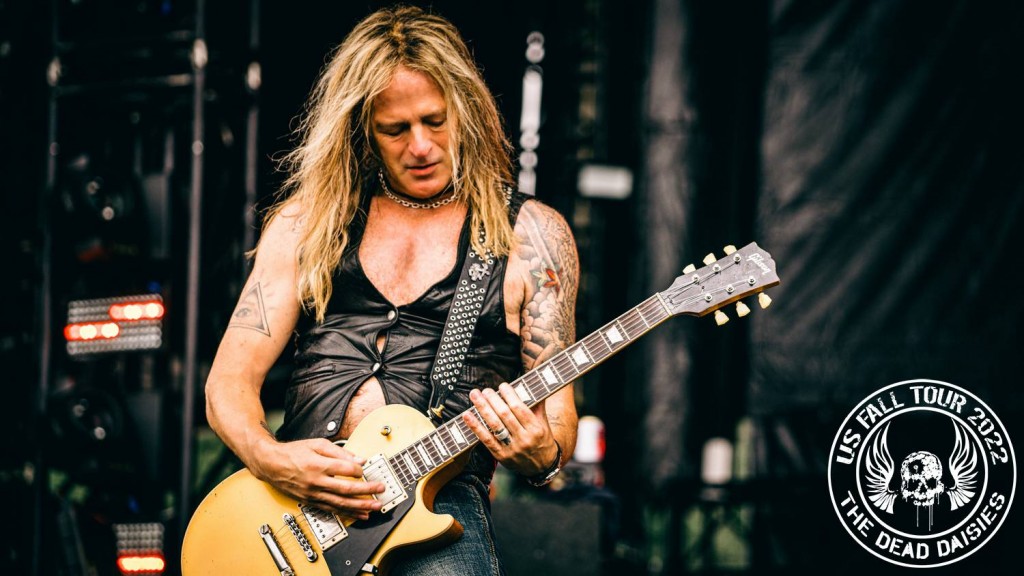 The first and only festival show on this run was at the Blue Ridge Rock Festival in Virginia (remember the song ‘In the Blue Ridge Mountains of Virginia’ as sung by Laurel and Hardy)! A huge festival with headliners Ghost and Slipknot among many other bands on the bill, The Dead Daisies took to the stage at noon on Saturday.

Even at this early point in the day, a large crowd of rockers had managed to give themselves an early call knowing that a treat was waiting for them. David, Glenn, Doug and Brian did not disappoint the waiting crowds. As they blasted into ‘Long Way To Go’ the hands started to punch the air and then like a rollercoaster, the band twisted and turned through a short but explosive set with six shots, everyone hitting its target.

New songs ‘Radiance’ and ‘Shine On’ mixed in with ‘Rise Up’ and ‘My Fate’ with a final call of ‘Burn’ set fire figuratively to the stage as the band gave the festival the shot of adrenalin it needed to start the day’s proceedings. It may have been a short burst of power to start the day, but The Dead Daisies left a lasting impression on those gathered to witness this colossal performance.