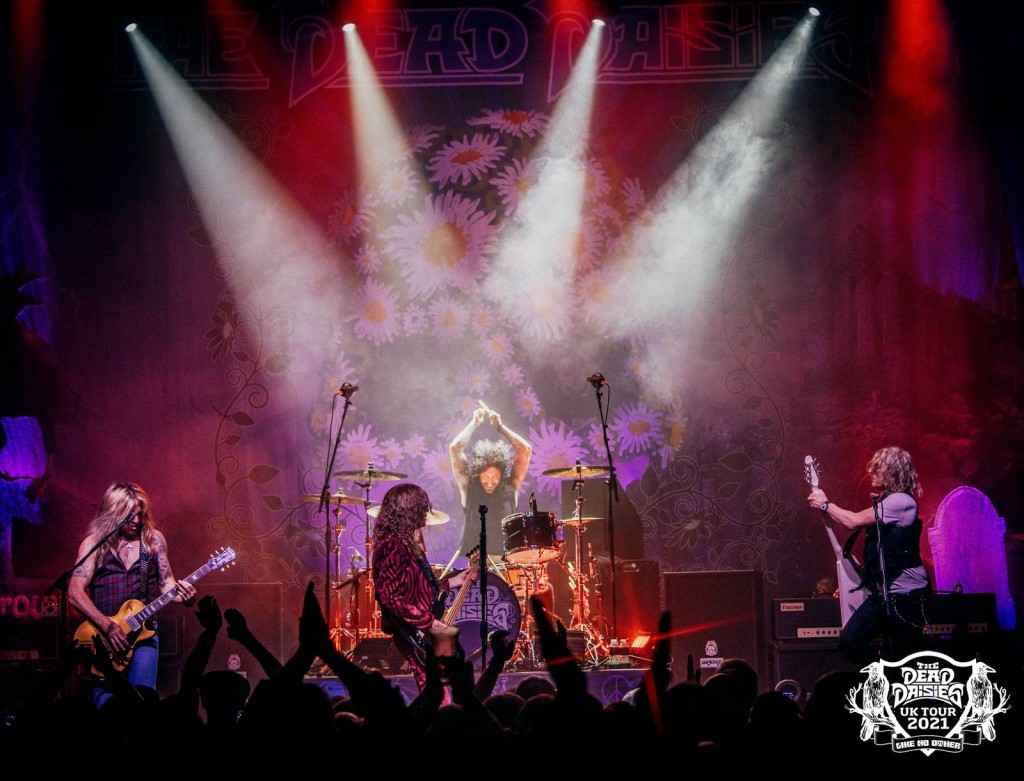 It was an early first show in Birmingham on our Like No Other UK Tour. The anticipation in the build up of the first show back in the UK for three years, was etched across the faces of a very happy packed crowd in the O2 Institute. After the Quireboys had rocked the house and gone down a treat with fans, it was time for The Dead Daisies to make a triumphant return to UK soil. The lights went down, the intro tape kicked in followed by a thunderous applause from the audience as Glenn, Doug, David and Tommy entered the stage and blasted into ‘Unspoken’! Not only would it be the first UK show fronting the band for Glenn, it was also a homecoming gig like no other! The lively crowd were with the band from start to finish, singing, jumping and punching the air, creating an amazing feel good atmosphere throughout the night! Friends the band had not seen since 2018 sang every word and were visibly emotional as favourites, old and new like ‘Midnight Moses’, ‘Long Way to Go’ and ‘Holy Ground’ were fired from the stage. Birmingham was a blast, next, we head to the home of The Beatles, Liverpool!