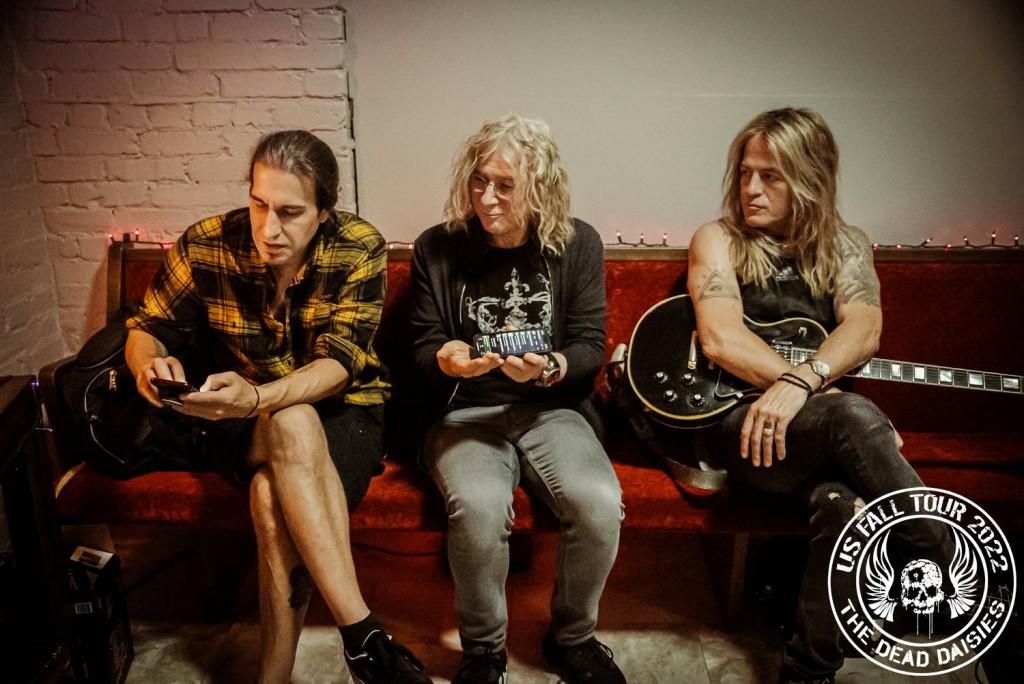 Returning to Portland, Oregon after playing the city last year, the band arrived a day early to get ready for the penultimate show of this tour. Although in the beginning of Fall, temperatures are still rising into the high twenties during the day, making it a potentially hot evening for the show.

The Bossanova Ballroom which has seen acts like Warrant and Stryper pass through over the years was packed tight tonight for The Dead Daisies making their first appearance at the venue. The lights went down, the crowd cheered and David Lowys unmistakable downward riff to ‘Long Way To Go’ rang out from the speakers, and then they were fully into it. With a built up list of sure fire crowd pleasing winners, with songs like ‘Rise Up’, ‘Bustle and Flow’ and numbers from the new album ‘Radiance’, they rattled the rib cages of those pressed down the front at the same time as they felt the pounding of Brian Tichys bass drum vibrate right through them. The Dead Daisies really are a live band that you have to experience to get the full power and strength from the performance.

As the show came to a close with Deep Purples ‘Burn’ led by the soaring guitar playing of Doug Aldrich, the audience continued to cheer for more, which is always the best way to close out a show. The final show up at the top of the west coast in Seattle, home of Heart, Nirvana and many more musical legends is on Saturday before the band take a well earned rest for the next few weeks.